Math is a Language. This is how you should learn it.

One of the hardest things about building a strong career in Artificial Intelligence, Data Science, or Machine Learning is to develop your skills in Math. Unfortunately, Math is one of those fields that scares a lot of people. Not learning Math properly will seriously compromise your problem-solving skills. For more details- check out my article- Why You need Math for Machine Learning. It focuses on Machine Learning, but the principles apply to many more domains. 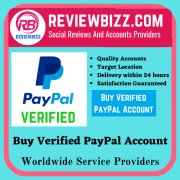 Want to buy a verified PayPal account? You've come to the right place. Here you will find Paypal fully verified business and personal accounts for sale at a great price. The world has become a digital village; Everything is easy and accessible for almost everyone. The impact of technology has been felt in every aspect of our lives, from how we use it to how we play it.

Why You need Math for Machine Learning

A while back, I was on Twitter and I saw the following exceptional take on Twitter. This is a very popular idea online, and I had meant to write about this sooner. But thanks to all the insanity happening in the ML research domain, I got side-tracked. However, now that I have the time I can finally cover this in-depth. In this post, I will cover "Why you absolutely need Math for Machine Learning."

Analogies are very helpful for explaining ideas. I was recently talking to somebody from my boxing gym about coding interview prep. I explained the stages of preparation in terms of different boxing stages (shadow boxing, pad work, sparring, fights, etc). This analogy helped my friend understand the process, and even made the prep more fun for him (his words). In this article, I will share my experiences with Brazilian Jiu-Jitsu, A.K.A Murder Yoga.

The company that would become PayPal Holdings first entered the electronic payments space in 1999, a year after being founded as Confinity. Confinity merged with Elon Musk's x.com in 2000 and was renamed PayPal the following year. The company went public in 2002 shortly before its acquisition by eBay, through which it became "the site's official payments provider." Today, PayPal processes more than 35,000 transactions every minute. In the last year, PayPal has processed some $1.2 trillion in total payment volume (TPV). On its website, the company claims to have grown to 416 million active consumer and merchant accounts and employs 27,700 employees.

Recently, my content crossed 100,000 views. I've been writing for about a year (and really picked up consistency over this summer). I never expected this level of viewership or the positive reception my work has gotten. Therefore, this was quite a surprise to me. It got me thinking about my AI/ML/Tech journey.

Last week was very interesting for Machine Learning. There were a lot of events with potentially long-lasting consequences for Machine Learning. This article will go over some of them so that you're more informed about some important aspects of Machine Learning and the discussions surrounding them. These events might seem disjointed, but they provide different sides to a very important discussion in machine learning. GLUE (General Language Understanding Evaluation) and SuperGLUE are benchmarks for Natural Language Processing.

Technology is the most powerful thing when it empowers everyone, and PayPal proves it every time as it has been broadening Artificial Intelligence and Machine Learning models across the company. To democratize AI, an end-to-end data exploration, feature engineering, model training, and inferencing platform that is available to all business domains and cross-functional users are critical to PayPal's success. Data science and machine learning have been integral to PayPal's sophisticated fraud detection offerings which have made PayPal the preferred choice of payment processor globally. The mission of "Partnership on AI" brought together a multi-stakeholder community spanning technology developers, researchers, advocates, and organizations representing affected communities to develop a shared understanding of challenges and opportunities that touch a wide range of constituencies–and promising answers and strategies to meet and address those issues. PayPal's machine learning models can help predict in advance if a user's card will be declined for a transaction and prevent the purchase from being completed.

What Is It About Peter Thiel?

Silicon Valley is not a milieu known for glamour and charisma. Still, Peter Thiel has cultivated a mystique. A billionaire several times over, Thiel was the first outside investor in Facebook; he went on to co-found PayPal, the digital-payment service, and Palantir, the data-intelligence company that has worked with the U.S. government. He has co-written a business best-seller, "Zero to One," and launched a hedge fund; he now runs three venture-capital firms. In 2018, citing a regional intolerance of conservative perspectives, he moved from Silicon Valley to Los Angeles; he recently purchased a mansion in Miami Beach.

Artificial intelligence and its applications have made a significant impact on nearly every industry. Defined as a technique enabling machines to mimic human behaviour, brands are using AI to automate processes at an increasing rate. We see this at many points of brand interaction – site suggestions on our search engine, lane assistance in passenger vehicles, and app troubleshooting, to name a few. It has been around for almost 50 years, learning constantly, almost on a daily basis. As we evolve and become more efficient, and artificial intelligence learns to better emulate human intelligence, businesses benefit from increased process and operational efficiencies.