Democratic presidential candidate Andrew Yang joins Chris Wallace on'Fox News Sunday.' This is a rush transcript from "Fox News Sunday," July 26, 2019. This copy may not be in its final form and may be updated. President Trump claims victory after Robert Mueller's testimony, as Democrats debate what to do next. DONALD TRUMP, PRESIDENT: The Democrats had nothing, and now, they have less than nothing. JERRY NADLER, D-N.Y.: Did you actually totally exonerate the president? WALLACE: And will the Senate pass a bipartisan budget deal that is making conservative spending hawks cringe? We'll discuss that and more with White House chief of staff Mick Mulvaney. Then, just two days before the next Democratic debate, Joe Biden says no more Mr. Nice Guy. REPORTER: What did you mean when you said you're not going to be as polite in the next debate? JOE BIDEN, D-PRESIDENTIAL: We'll see. WALLACE: Presidential candidate and entrepreneur Andrew Yang joins us for an exclusive 2020 sit-down. Plus, Speaker Pelosi and AOC meet to clear the air. NANCY PELOSI, D-CALIF.: I call this, we have our differences. WALLACE: We'll ask our Sunday panel about Pelosi's bid to end the infighting in her party. President Trump is in another ugly Twitter war with another Democratic congressman of color and how Speaker Pelosi is accusing him of another racist attack. Meanwhile, the House has left town for a six-week recess, but even after the testimony of former special counsel Robert Mueller fell flat, the question of whether Democrats will start impeachment proceedings against the president remains unsettled. Joining us now is White House chief of staff Mick Mulvaney. It's good to be here. WALLACE: Well, let's start with what we didn't anticipate and that is the Twitter war. President Trump attacked Democratic Congressman Elijah Cummings on Saturday, saying that his district in the Baltimore area of Maryland is worse, worse conditions, more dangerous than along the southern border. I want to put up the president's statements. His district is considered the worst in the USA.

BenevolentAI, which uses AI to develop drugs and energy solutions, nabs $115M at $2B valuation 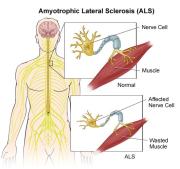 In the ongoing race to build the best and smartest applications that tap into the advances of artificial intelligence, a startup out of London has raised a large round of funding to double down on solving persistent problems in areas like healthcare and energy. BenevolventAI announced today that it has raised $115 million to continue developing its core "AI brain" as well as different arms of the company that are using it specifically to break new ground in drug development and more. This venture round values the company at $2.1 billion post-money, its founder and executive chairman Ken Mulvaney confirmed to TechCrunch. Investors in this round include previous backer Woodford Investment Management, and while Mulvaney said the company was not disclosing the names of any other investors, he added it was a mix of family offices and some strategic backers, with a majority coming from the U.S., but would not specify any more. Notably, BenevolentAI does not have any backing from more traditional VCs, which more generally have been doubling down on investments in AI startups.

Teens are obsessed with Fortnite, and it's driving school teachers crazy

Has humanity already lost control of artificial intelligence? The Political Side of Things The chances of a government shutdown just went up. After all of the news over the past week -- North Korea, the special congressional election in Georgia, the White House trying to resuscitate health care (again) -- this could be the story that drives the weekend and next week: The chances of a government shutdown just increased. "White House budget director Mick Mulvaney said Thursday that he hopes to use negotiations to keep the government open past April 28 in an effort to force Democrats to back some funding for creating a new wall along the U.S.-Mexico border," the Washington Post writes. "Mulvaney said the White House would be open to funding some of the Democrats' priorities -- such as paying insurance subsidies under the Affordable Care Act -- if Democrats agree to fund some of the more controversial parts of President Trump's agenda, notably the border wall." If this is the White House's position, it could be precarious: Democrats (and even some Republicans) are opposed to spending money for Trump's border wall.