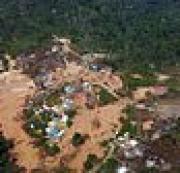 Google's next Pixel phone may do away with one of its predecessor's key features. According to 9to5Google, which cited sources from Google in a recent podcast, the tech giant may forego the inclusion of its Soli radar chip in its upcoming Pixel 5. Using radar, the chip enables features like hand gestures that allow users to control their device from a distance. In yesterday's show, we also touched on some things we're hearing about Pixel 5 from sources -- specifically that it will likely leave behind hobbies like Soli Specifically Soli-enabled users are able to wave a hand over phones to change music, take a call, interact with digital avatars and more. The chip will also be used to predict certain actions before users even tell the phone to carry them out. For instance, if the Pixel 4's alarm is going off, the phone will automatically quiet the ring once it senses a hand coming to shut it off.

Fear is spreading on social media as people share their thoughts on the deadly coronavirus and the impact of the efforts to combat it. Italian-based artificial intelligence company Expert System has been searching through tens of thousands of social media posts to track feelings towards COVID-19. They used a range of natural language systems to capture the emotional view of different English language social media posts related to the pandemic. The team plan to publish a daily update showing the changing attitudes and emotions surrounding the spread of the virus and efforts to slow it down. For the fourth day in a row fear has been the most dominant emotion expressed in posts, with all negative views increasing across the English-language world.

A hacker has stolen source code for the graphics processor in the upcoming Xbox Series X games console and is demanding a $100million ransom for the files. Computer component manufacturer AMD first confirmed the theft in a brief statement posted on their website. The company said they had initially been contacted in December by a person claiming to have'test files related to a subset of our current and future graphics products.' Part of the files include code related to AMD's Arden graphics processor, which was designed for the Xbox Series X games consoles, currently scheduled for release in the fall of 2020. The hacker also took source files for AMD's Navi 10 and Navi 21 graphics chips, which are intended for use in PCs.

UPS has partnered with the German tech company Wingcopter to build a fleet of rugged, high speed delivery drones. The drones will be based on a model designed by Wingcopter, which can travel at speeds of up to 150mph and has a range of 75 miles. The drones can also endure a variety of difficult weather conditions, including wind speeds of up to 45mph. The agreements marks the first external partnership for UPS's Flight Forward program, which is focused on developing a range of drone delivery options, according to a report in TechCrunch. 'Drone delivery is not a one-size-fits-all operation,' UPS's Bala Ganesh said.

Man uses drone to walk his dog without leaving the house 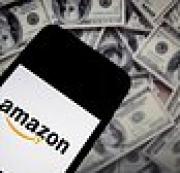 A man in Cyprus had to walk his dog during the country's COVID-19 shutdown and decided to see if a drone could handle the job. Vakis Demetriou shared his experiment on his Instagram, showing his dog Oliver walking up a residential street with a small drone following close behind holding the leash. '5th day quarantine,' he wrote. 'Stay home safe but don't forget your dog's happiness.' While the video is charming, it's unlikely a drone would be able to walk most dogs, even those as small and lightweight as Oliver.

Maintenance workers in the bowels of the Tokyo Metro system are being assisted by emote-controlled 8.5-inch wide drones. The remote-controlled 2.5 pound (1.15kg) drone is encased in a plastic sphere to protect it from any unfortunate bumps and knocks while navigating the labyrinth. Cameras on the custom-built drone will allow operators to scan hard to reach parts of the tunnel network for signs of damage. Current methods involve humans using a torch and looking up to see signs of damage and then having to use vehicles and platforms to reach them. Maintenance workers in the bowels of the Japanese metro system are being assisted by 8.5-inch wide drones.

This footage shows an Israeli drone defense system shooting a series of moving targets out of the sky with a Star Wars-like laser beam. Manufacturers of the Drone Dome C-UAS hailed the system a '100 per cent success' after it brought down drones that were zig-zagging sharply during tests. The so-called Counter Unmanned Aircraft System can detect hostile drones from more than two miles away and fire a destructive laser beam'within seconds'. In this video published by defence manufacturer Rafael, three drones (circled) are flying in formation over the desert but are brought down by the Drone Dome's laser beam The footage published by Rafael, the defense manufacturer which is based in Haifa, showed drones falling out of the sky after they were intercepted by the Drone Dome. One target drone was hit and destroyed despite veering sharply from left to right as it flew over the desert.

Elephants mourn their dead even if they did not have a close bond and continue to take an interest long after their bodies start to decay, a new study finds. Experts from the San Diego Zoo Institute for Conservation Research looked at 32 wild elephant carcasses from 12 different sources across Africa. They monitored the way in which the animals interacted with the carcasses and found that, in all cases, they would touch and examine the remains. They were also seen vocalising and attempting to lift or pull fallen elephants that had just died, according to researchers. New research has shown they mourn their dead even if they don't know them well (stock image) The idea that elephants have a'unique relationship' with the dead has been touted for a number of years, but this new study is the first to examine it in detail.

A Tokyo restaurant chain has opened a small pub in one of the city's busiest train stations, with a robot bartender serving drinks to commuters on their way home from work. Called Zeroken Robo Tavern, the bar is located in Tokyo's bustling Ikebukuro train station and is owned by Yoronotaki, a company that operates a chain of izakaya-style restaurants around the country. The Zeroken Robo Tavern in Tokyo's bustling Ikebukuro Station has a robot bartender that can serve draft beer, sake, and mixed drinks The small space opened on January 23 and will run until March 19, part of a pilot program run to see how customers respond to being served by a machine instead of a human. Customers will first pay for their drinks at an automated payment kiosk. They'll receive a QR code receipt, which they present to the robot.