Introduction to Data Science with Python

If you want to learn more about exploratory analysis using Pandas, check out Simplilearn's Data Science with Python video, which can help. We can see that columns like LoanAmount and ApplicantIncome contain some extreme values. We need to process this data using data wrangling techniques to normalize and standardize the data. We will now take a look at data wrangling using Pandas as a part of our learning of Data Science with Python. Data wrangling refers to the process of cleaning and unifying messy and complicated data sets.

Python Remote Objects AKA Pyro is a python library that enables you to build applications in which objects can talk to each other over the network, with minimal programming effort. You can just use normal Python method calls, with almost every possible parameter and return value type, and Pyro takes care of locating the right object on the right computer to execute the method. It also provides a set of important features that lets you to build distributed applications rapidly and effortlessly. Siconos is an open-source scientific software package for the modeling and simulation of nonsmooth dynamical systems in C and Python. Do you like this list of best python libraries for Robotics? If yes, Please share this post with the ones who are working or studying robotics as well as with your friends and others. And if you're an Android user, please check out INSANE APP

Top 8 Machine Learning Libraries In Kotlin One Must Know

According to the Stack Overflow Developer survey report, Kotlin is one of the most loved programming languages among professional developers. It secured the 4th position among 25 programming languages. As per the official documentation, Kotlin claims to be a preferred choice for building data pipelines, productionising machine learning models, among others. In this article, we list down the top 8 machine learning libraries in Kotlin. Kotlin Statistics is a machine learning library that aims to express meaningful statistical and data analysis with functional and object-oriented programming while making the code legible and intuitive. 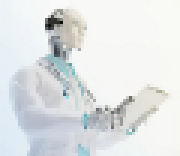 In the near future, MDs could get new helpful assistants, i.e. efficient multipurpose artificial intelligence (AI) algorithms that will assist them in examining and diagnosing patients, choosing the best treatment strategy, processing patients' requests, and keeping medical records. Currently, there are technologies that support physicians at every stage of treatment. Let's see how AI helps doctors in outpatient practice. One of the promising areas in outpatient practice is the introduction of chatbots. AI will quickly collect and analyze general symptoms of the condition, and then schedule an appointment with the right MD.

AI Is Reshaping Programming: Four Tips on How to Stay on Top

AI is reshaping programming as we know it, creating an intersection of the old and the new. As a programmer, this creates new challenges but with a familiar ring to them. Here are four ways that I've found to help me stay on top of these demands. Containers are being used in key ways for AI to construct a unified and simplified platform to collect, organize, and analyze data. But when something goes wrong and we need to debug an application that's running within the container, we've been lacking in tools. 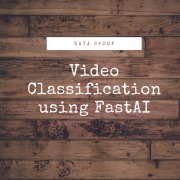 In this tutorial, you will learn how to perform video classification using FastAI, Python, and Deep Learning. FastAI is a Deep Learning library that is built on the top of Pytorch. There are freely available tutorials/courses for FastAI. I am also currently enrolled in Practical Deep Learning for Coders course.

PyTorch 1.6 Released, Microsoft To Take Care Of The Windows Version of PyTorch

Recently, Facebook announced the availability of the latest version of PyTorch, PyTorch 1.6. The social media giant also made a massive announcement that Microsoft has expanded its participation in the PyTorch community and is taking ownership of the development and maintenance of the PyTorch to build for Windows. PyTorch is one of the most popular machine learning libraries in Python. The version 1.6 release includes several new APIs, tools for performance improvement and profiling, as well as significant updates to both distributed data-parallel (DDP) and remote procedure call (RPC) based distributed training. According to the blog post, from this release onward, features will be classified as Stable, Beta and Prototype, where Prototype features are not included as part of the binary distribution and are instead available through either building from source, using nightlies or via a compiler flag. Automatic mixed precision (AMP) training is now natively supported and is a stable feature.

Top 10 Python Libraries that Every Data Scientist Must Know

I'm a Data Professional who loves building data products to solve problems. I'm currently working together with professionals from various backgrounds to provide new analytical insights in industry. I'd love to combine my passion for open data to continue contributing to change people lives in a better and analytical world. A customer reached me out to help him building a profitable machine learning model to predict tennis table matches results based on the historical data. After starting the project I have noticed that the challenge was bigger than expected because the data provided, which was collected before using web scraping, was not reliable enough to train a good model. First of all I have chosen Python as the language for the project since python provides many libraries and documentations to support with any challengs during this milestone.