On Artificial Minds Maria Odete Madeira 18-06-2016 "Sed hoc pacto, si quis tam minutum cerneret, ut in uermiculato pauimento nihil ultra unius tesserae modulum acies eius ualeret ambire…" ("De ordine", Augustine, Liber Primus, I, 2) …and if someone had a discernment so narrow that, in a mosaic pavement, could not encompass with the gaze nothing more than the surface of a single piece… Mēns, mentis, mente: spirit, soul, intellect, character, reason, pensamentum (thought) compose a semantic field with semiotic openings to interpretative superveniences for explicative reasons with postulated legitimacies, compatible with pragmatics of operative objectivity. Mente (Old Portuguese) radiculated in mentem (singular accusative of mēns), from the Proto-Indo-European *méntis with the meaning of pensamentum (thought). Mēns, mentis: mente (Old Portuguese): matrix of dispositional integrated order towards cognitive dynamics. We signalize the term dispositional (to put in order) and the term pensamentum: the result of the action of pensare (to think): "Pensare (Latin) means literally: to weigh, to analyze, to synthesize, to associate, to (dis)associate. In any of these definitions are synthesized cognitive dynamics of production of judgment, from the Latin judicium, term primitively connected to the senses of justice and of just, irrecusably linked to the senses of proportion and of measure, opening the term 1 pensare to semantic webs that connect it to the terms: to choose, to decide and to determine between available possibilities towards dynamics of action, in which it is included the action of pensare."

Artificial intelligence prophets including Elon Musk, Stephen Hawking and Raymond Kurzweil predict that by the year 2030 machines will develop consciousness through the application of human intelligence. This will lead to a variety of benign, neutral and terrifying outcomes. For example, Musk, Hawking and dozens of other researchers signed a petition in January 2015 that claimed AI-driven machines could lead to "the eradication of disease and poverty" in the near future. This is, clearly, a benign outcome. And then there's the neutral result: Kurzweil, who popularized the idea of the technological singularity, believes that by the 2030s people will be able to upload their minds, melding man with machine. On the terrifying side of things, Musk envisions a future where humans will essentially be house cats to our software-based overlords, while Kurzweil takes it a step further, suggesting that humans will essentially be eradicated in favor of intelligent machines. 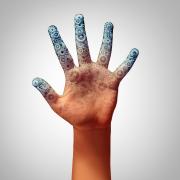 They were responding to the famed futurist's prediction at the COSM 2019 Technology Summit that we will merge with our computers by 2045--The Singularity. "Our intelligence will then be a combination of our biological and non-biological intelligence," he explained. We will then be apps of our smart computers. Kurzweil, a Director of Engineering at Google, should be taken seriously. He boasts a 30-year track record of accurate predictions and many key patents.

Both Microsoft's Bill Gates New York Mayor Bill de Blasio have called for a tax on job-stealing robots, according to a Wall Street Journal tax policy reporter: A robot tax could serve multiple purposes, slowing job-destroying automation while raising revenue to supplement shrinking taxes paid by human workers. It could take a few different forms. Lawmakers could limit or slow down deductions for businesses that replace humans with robots, or they could hit businesses with levies equivalent to the payroll taxes paid by employers and employees. The current employment picture in the United States has been reasonably good (only 3.5% unemployment in 2019) so the proposed robot tax is just an idea at present. But a downturn could turn the idea into a cause.

Ghost in the Cloud

"I do plan to bring back my father," Ray Kurzweil says. He is standing in the anemic light of a storage unit, his frame dwarfed by towers of cardboard boxes and oblong plastic bins. He is in his early sixties, but something about the light or his posture, his paunch protruding over his beltline, makes him seem older. Kurzweil is now a director of engineering at Google, but this documentary was filmed in 2009, back when it was still possible to regard him as a lone visionary with eccentric ideas about the future. The boxes in the storage unit contain the remnants of his father's life: photographs, letters, newspaper clippings, and financial documents. For decades, he has been compiling these artifacts and storing them in this sepulcher he maintains near his house in Newton, Massachusetts. He takes out a notebook filled with his father's handwriting and shows it to the camera. His father passed away in 1970, but Kurzweil believes that, one day, artificial intelligence will be able to use the memorabilia, along with DNA samples, to resurrect him. "People do live on in our memories, and in the creative works they leave behind," he muses, "so we can gather up all those vibrations and bring them back, I believe." Technology, Kurzweil has conceded, is still a long way from bringing back the dead. His only hope of seeing his father resurrected is to live to see the Singularity -- the moment when computing power reaches an "intelligence explosion." At this point, according to transhumanists such as Kurzweil, people who are merged with this technology will undergo a radical transformation. They will become posthuman: immortal, limitless, changed beyond recognition. Kurzweil predicts this will happen by the year 2045. Unlike his father, he, along with those of us who are lucky enough to survive into the middle of this century, will achieve immortality without ever tasting death.

How robotic is your process ?

Largely overlooked in the late 1990s amid the excitement over Y2K, Ray Kurzweil, certified genius, inventor, AI guru, prolific author, and currently director of engineering at Google, started talking about nanobots. While the IT industry was panicking over the prospect of the global failure of millions of computers that had not been programmed to work with a date-field value exceeding 1999, Kurzweil was imagining miniaturized, AI-driven devices that would operate inside human bodies, traveling through the blood, fighting disease, and replenishing cells. With such intelligent robots tending to their bodies' care and maintenance, according to Kurzweil, humans could all expect to live Methuselah-length lifespans. Nanobots come readily to mind because of the loud noises being made of late about robotic process automation (RPA). Surely you have run across the breathless claims about how RPA (sometimes referred to as intelligent process automation or IPA) will help your business save time, save money, improve accuracy, and provide superior customer satisfaction?

Tech pioneer Ray Kurzweil: We Will Merge with Computers by 2045

At the COSM Technology Summit, tech pioneer and visionary Ray Kurzweil offered by interactive video a glimpse of his foreseen Singularity in which we merge with super-intelligent computers. As a Director of Engineering at Google, with a 30-year track record of accurate predictions and many key patents to his credit, the "the restless genius" (Wall Street Journal) projects the revolution -- of which he has been so large a component -- into a limitless future: "I've been in this field 55 years and it's only in the last few years that we can take everything humans do and go way beyond the best human. We can perform any kind of human capability." He cites an example: "AlphaGoZero was not given any information about Go but after three days defeated every human. These milestones are coming quickly."

Hugo de Garis is one of the first AGI thinkers that I came across in 2012, when I decided to focus my life on the post-human transition. Aside from Bostrom and Al-Rodhan, few thinkers molded my early ideas about AGI and transhumanism more than de Garis. I believe that two of his ideas are extremely important, and are somewhat absent in most of the artificial general intelligence conversations today (and even most of the discussions from 2010-2014). Those ideas are what de Garis calls "Globism" (global world order) and "Cosmism" (the belief that humanity should create diety-level machine intelligences). The following screenshot is from de Garis's (seemingly neglected) online blog: Since first exploring Kurzweil's ideas in The Singularity is Near, it seemed evident to me that the default mode of technology development would be competition – the economic or military "state of nature" – and that conflict is extremely likely if new forms of thinking and valuing come into existence.