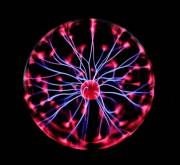 Technology is evolving continuously, and so are we. In the upcoming years, there will be massive growth in the AI and Machine Learning field. There is already a considerable amount of data to be managed, and with new technological advancements, we can utilize big data in many ways. For that, we have to stay up to date with the latest trends in data science. Data Science is not a single term; it covers a variety of topics and networks, such as the Internet of Things, Deep Learning, AI, etc.

Researchers in Japan have created a new kind of biodegradable, internet-connected piece of paper that's just one millimeter thick. Called nanopaper, the team believes it could change the way a wide variety of data is collected in nature. The project was developed at Osaka University's Institute of Scientific and Industrial Research (ISIR) by a team of scientists led by doctoral researcher Takaaki Kasuga. The nanopaper is just one-1,000th the thickness of pulp paper and it has a smooth surface that's similar to plastic in texture, according to a report in The Asahi Shimbun. In spite of its feel, the nanopaper is designed to be biodegradable and have a minimal impact on the environment and not require any expensive maintenance.

We were very excited to chat recently with Trip O'Dell who, among his other impressive roles, has been a product design lead at Amazon where he worked on the future vision for their virtual assistant, Alexa. Our discussion with Trip was full of juicy insights about Voice UI and the ethical considerations behind Alexa's design, and how we as designers need to be leaders in making those ethical choices. Below is an article we wrote and edited in collaboration with Trip using speech-to-text tools and a linear audio editor. All the words are his, we just helped put them on your screen. When it comes to Voice UI there's a lot of conversation around voices, but very little around personality--whether or not we want to describe it as a personality--that we're creating. How trustworthy should that personality be?

Would you be surprised to learn a 120-year-old company is transforming its business with artificial intelligence and technology? Akron, Ohio-based tire maker Goodyear might not be the first company you think of when discussing technological innovation, but they continue to announce intriguing developments and offer proof via new initiatives and products that they are altering operations to be competitive in the future. Regardless if it's an autonomous, electric, or a traditional vehicle, they all need a solid foundation of the right tire for the specific demands of the vehicle. Goodyear uses internet of things technology in its Eagle 360 Urban tire. The tire is 3D printed with super-elastic polymer and embedded with sensors.

As coverage of deepfake technology becomes more prevalent, it's reasonable to wonder how these videos even work. Advancements in motion capturing and facial recognition over the past decade have been staggering – and terrifying. What used to be limited to only the most well-funded computer scientists and movie studios is now a tool in the hands of comedy outlets and state-run media. By definition, deepfakes are videos in which a person's face and/or voice are replaced with someone else's by an AI. The underlying technology and machine learning processes rose to popularity in the early '90s, evolving from a field of academic research.

Would you be surprised to learn a 120-year-old company is transforming its business with artificial intelligence and technology? Akron, Ohio-based tire maker Goodyear might not be the first company you think of when discussing technological innovation, but they continue to announce intriguing developments and offer proof via new initiatives and products that they are altering operations to be competitive in the future. Regardless if it's an autonomous, electric, or a traditional vehicle, they all need a solid foundation of the right tire for the specific demands of the vehicle. Goodyear uses internet of things technology in its Eagle 360 Urban tire. The tire is 3D printed with super-elastic polymer and embedded with sensors.

Here's How App Technology Is Stepping Up The Game With AI

Mobile app technology has reduced the gap between the global audience and the businesses. In less than a decade, applications became mainstream in the business world, because of its wide-ranging functionalities. As a flourishing concept in the market, it has been bombarded with a lot of different technologies. And today we will talk about one such technology. Yes, we are talking about mobile app development.

Jim Simons is the greatest moneymaker in modern financial history, and no other investor – Warren Buffett, Peter Lynch, Ray Dalio, Steve Cohen, or George Soros – can touch his record. His firm has earned profits of more than $100 billion, and between 1994 and 2004, its signature fund, The Medallion Fund, averaged 70 per cent annual return. Medallion's returns don't seem to correlate with known factors and the only thing most people get to know is that the strategy is "statistical arbitrage". People are confounded by the fact that the proliferation of other quantitative hedge funds in recent years hasn't caused Medallion's performance to deteriorate. Last year, there was a very readable book about Jim Simons: On the man who solved the markets – How Jim Simons Launched the Quant Revolution, Penguin 2019.