HSBC is replacing more manual processes, with artificial intelligence (AI) being used to automate when ATMs need to be refilled. The technology, developed by HSBC's operations and technology teams, has been trialled in Hong Kong, where the bank has 1,200 ATMs. The iCash AI technology has reduced ATM refills, which are done by third parties, by 15% – saving $1m. To calculate how much money is needed and where, iCash uses live ATM data and predictive machine learning algorithms that factor in seasonality, holidays, public events, location and recent withdrawal trends. The bank said it was a challenge to predict how much cash each ATM might need.

Artificial intelligence (AI) is set to play a key role in the future of financial services and more broadly in what UBS and the World Economic Forum refer to as the "Fourth Industrial Revolution." The global economy is on the cusp of profound changes driven by "extreme automation" and "extreme connectivity." In this changing economic landscape, AI is expected to be a pervasive feature, allowing to automate some of the skills that formerly only humans possessed. In the financial services industry in particular, there has been a lot of noise around the potential of AI and data supports that investors are excited about the impact the technology could have across the industry. VC-backed fintech AI companies raised approximately US$2.22 billion in funding in 2018, nearly twice as much as 2017's record.

The Chinese University of Hong Kong issued a study that calls for a second look at the effectiveness of generating returns from investment strategies based on machine learning. The study found that when applying several well-established deep learning methods to the broader markets, superior value-weighted, risk-adjusted returns could be generated – 0.75-1.87 But in the event of basic exclusions that weigh down benchmark performance – such as microcaps or distressed firms – performance weakens. When microcaps were excluded, adjusted returns fell 62 percent, attributable to small capitalizations and a higher likelihood of low liquidity. Performance also declined when exclusions involved non-rated firms (68 percent) and distressed firms (80 percent). Exclusions aside, the study also highlighted the need to be able to stomach high transaction costs at levels that may not be applicable to most retail investors.

Does AI, biometrics hold the key to better "Know Your Customer" (KYC)?

With so much reliance on digital payments and other financial technology (fintech), going through some form of purportedly secure, digital verification process (often referred to as'know your customer', or KYC, processes) is often par for the course these days. But with pervasive cyber threats like data breaches and identity theft delivering blows to what the end-user hopes is an un-breach-able system, "taking a single selfie just isn't enough to ensure your customer's identity [anymore]," laments Philipp Pointner, chief product officer at digital security specialist Jumio. "It leaves banks and financial institutions vulnerable to spoofing attacks as a fraudster can easily find a picture of someone else online and pass that off as genuine." "But using solutions that employ biometrics, and specifically 3D face maps and certified liveness detection, ensures the [people] behind a transaction [are] who they say they are," Pointner recently told PYMNTS. Biometrics – working in concert with a combination of artificial intelligence (AI) and machine learning (ML) to scan, analyze and then to create what could be a varied biometric identity database capable of verifying and storing fingerprints, facial features, even voice and device data – could allow for not only tougher, more meticulous identity security, but also a deeper understanding of a financial institute's customer profile – giving banks and other fintech a truer way to "know your customer". 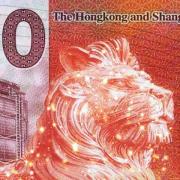 The Hong Kong Institute for Monetary and Financial Research (HKIMR), the research segment of the Hong Kong Academy of Finance (AoF), has published a on AI and banking. Entitled "Artificial Intelligence in Banking: The Changing Landscape in Compliance and Supervision" the report seeks to provide insights on the long-term development strategy and direction of Hong Kong's financial industry. This is the second report by AoF that tackles AI with the first addressing AI adoption within banking – a document completed with the collaboration of the Hong Kong Monetary Authority (HKMA). According to the earlier report, over 80% of participating banks view AI adoption as a way of improving efficiency and strengthening risk management. Banks are said to be optimistic about the prospects of using AI, with some 80% of survey respondents planning to increase investment in AI over the next 5 years.

Southeast Asia is facing a strain of the new coronavirus that the Philippines, which faces the region's largest outbreak, is studying to see whether the mutation makes it more infectious. The strain, earlier seen in other parts of the world and called D614G, was found in a Malaysian cluster of 45 cases that started from someone who returned from India and breached his 14-day home quarantine. The Philippines detected the strain among random COVID-19 samples in the largest city of its capital region. The mutation "is said to have a higher possibility of transmission or infectiousness, but we still don't have enough solid evidence to say that that will happen," Philippines' Health Undersecretary Maria Rosario Vergeire said in a virtual briefing Monday. The strain has been found in many other countries and has become the predominant variant in Europe and the U.S., with the World Health Organization saying there's no evidence the strain leads to a more severe disease.

Communications technology reached a historic milestone at the beginning of April this year as Hong Kong's fifth-generation mobile (5G) network was officially fully connected, linking all major communication equipment. A 5G network provides much more than just increased bandwidth and speed – 5G provides the opportunity to deploy artificial intelligence (AI) technology to bring the much-discussed Internet of Things (IoT) out of the laboratory and into the real world. To give people from all walks of life a better understanding of 5G networks, the Hong Kong Trade Development Council (HKTDC) held the Tech Trends Symposium 2020 – The Future of Intelligent Connectivity on 28 July. Forming part of the HKTDC's Summer Sourcing Weeks Go ONLINE virtual trade fair (27 July-7 August), the symposium was streamed online. At a session titled "Empowering a Connected Future with 5G", industry leaders introduced the latest developments in 5G networks and expressed the hope that Hong Kong will keep pace with the world in moving towards 5G and building a smart city.

As street protests against anti-black racism erupted across the globe, Animal Crossing: New Horizons players were taking their own stand. Adelle, a software engineer from New York, decided to create a memorial on her in-game island, decorated with flowers and pixel art portraits of George Floyd, Breonna Taylor and other black victims of police brutality. "I was living with immuno-compromised people, so couldn't attend the physical protests," explains Adelle. The virtual space she created soon turned into a protest site as other players – some wearing masks – visited Adelle's island, shouting: "No justice, no peace", "Justice for Breonna" and "Defund the police." "Being there with other players you don't know, connected by this common feeling, was really moving," she recalls.