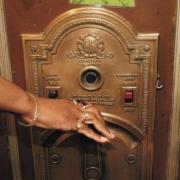 Nvidia is launching the $100 million Cambridge-1, the most powerful supercomputer in the United Kingdom, and it is making it available to external researchers in the U.K. health care industry. The machine will be used for AI research in health care, and it's one of the world's fastest supercomputers. Nvidia will make it available to accelerate research in digital biology, genomics, and quantum computing. Nvidia is collaborating with AstraZeneca, maker of one of the COVID-19 vaccines, to fuel faster drug discoveries and creating a transformer-based generative AI model for chemical structures. Transformer-based neural network architectures, which have become available only in the last several years, allow researchers to leverage massive datasets using self-supervised training methods, avoiding the need for manually labeled examples during pre-training.

"We would never have had the capability to understand the COVID-19 genome without the data science. It gave us, frankly, the computer power to understand what that looks like," Gorsky said in an interview with Jim Mazzo, president and CEO of Avellino. Powerful AI gave Johnson & Johnson better capabilities to develop a COVID-19 vaccine and then plan clinical trials with the sites that would offer beneficial insights into safety and efficacy, Gorsky said. When asked about the ongoing role of advancing technology, including AI, in health care and ophthalmology, Gorsky predicted a fundamentally changing landscape moving forward. "I think the health care landscape is going to be fundamentally changed in so many ways by the addition not only of artificial intelligence but of data science and connectivity of so many of these emerging fields becoming more and more ubiquitous across everything that we do," Gorsky said.

This report explores the opportunities for automation and AI in health care and the challenges of deploying them in practice. It draws on learning from the Health Foundation's programmes and research – including a recent study by the University of Oxford on the potential of automation in primary care – as well as a range of other literature. Informed by YouGov online surveys of more than 4,000 UK adults and more than 1,000 NHS staff, the report finds that while automation and AI hold huge potential for improving care and supporting the NHS to increase its productivity, in developing and deploying them we must be careful not to squeeze out the human dimension of health care, and must support the health and care workforce to adapt to and shape technological change. Our surveys found public and NHS staff opinion divided on whether automation and AI in health care are a good or bad thing. Government and NHS leaders must therefore engage with the public and NHS workforce to raise awareness of and build confidence in technology-enabled care.

Where does your enterprise stand on the AI adoption curve? Take our AI survey to find out. The health care industry is starting to adopt digital twins to improve personalized medicine, health care organization performance, and new medicines and devices. Although simulations have been around for some time, today's medical digital twins represent an important new take. These digital twins can create useful models based on information from wearable devices, omics, and patient records to connect the dots across processes that span patients, doctors, and health care organizations, as well as drug and device manufacturers.

Last week I was on a fun podcast with a bunch of people who were, as usual, smarter than me, and, in particular, more knowledgeable about one of my favorite topics -- artificial intelligence (A.I.), particularly for healthcare. With the WHO releasing its "first global report" on A.I. -- Ethics & Governance of Artificial Intelligence for Health -- and with no shortage of other experts weighing in recently, it seemed like a good time to revisit the topic. My prediction: it's not going to work out quite like we expect, and it probably shouldn't. "Like all new technology, artificial intelligence holds enormous potential for improving the health of millions of people around the world, but like all technology it can also be misused and cause harm," Dr Tedros Adhanom Ghebreyesus, WHO Director-General, said in a statement. WHO's proposed six principles are: All valid points, but, as we're already learning, easier to propose than to ensure.

A Hippocratic Oath for your AI doctor

A broad new report from the World Health Organization (WHO) lays out ethical principles for the use of artificial intelligence in medicine. Why it matters: Health is one of the most promising areas of expansion for AI, and the pandemic only accelerated the adoption of machine learning tools. But adding algorithms to health care will require that AI can follow the most basic rule of human medicine: "Do no harm" -- and that won't be simple. Driving the news: After nearly two years of consultations by international experts, the WHO report makes the case that the use of AI in medicine offers great promise for both rich and poorer countries, but "only if ethics and human rights are put at the heart of its design, deployment and use," the authors write. Between the lines: The power of AI in health care is also its peril -- the ability to rapidly process vast quantities of data and identify meaningful and actionable patterns far faster than human experts could.

Research by Ping An Healthcare Technology Research Institute and Tsinghua University has led to a promising deep learning framework for drug discovery, announced Ping An Insurance (Group) Company of China, Ltd. (hereafter "Ping An" or the "Group", HKEX: 2318; SSE: 601318). The findings were published in "An effective self-supervised framework for learning expressive molecular global representations to drug discovery" in Briefings in Bioinformatics, a peer-reviewed bioinformatics journal. It marks a major technology breakthrough for the Group in the field of AI-driven pharmaceutical research. Drug discovery can take 10 to 15 years from invention to market. It can take a large number of experiments, with significant costs and high failure rates.