The amount of input being generated for the Internet is making an adversarial network of all the minds available to it. Generative adversarial networking individual intelligences is the legacy of freely communicating new concepts built by mental media connections that billions of independent cognitive creators have to each other because of the Internet. The concept of GAN training a neural network is a trivial attempt to comprehend how creativity can be applied to Artificial Intelligence. But this has only led to a recognition that a digitized data absorption of information gleaned from the Internet, as a resource, has natural response functions of the human brain speeding past GPT-3's ability to anticipate directions it's possible for Artificial Intelligence to take. An interconnection of minds is actually recognized by Artificial Intelligence as more meaningful to it than the value of its applications.

Building apps with GPT-3? Here's how to balance cost and performance

Last week, OpenAI removed the waitlist for the application programming interface to GPT-3, its flagship language model. Now, any developer who meets the conditions for using the OpenAI API can apply and start integrating GPT-3 into their applications. Since the beta release of GPT-3, developers have built hundreds of applications on top of the language model. But building successful GPT-3 products presents unique challenges. You must find a way to leverage the power of OpenAI's advanced deep learning models to provide the best value to your users while keeping your operations scalable and cost-efficient.

We have put together a list of 10 most cited and discussed research papers in machine learning that published over the past 10 years, from AlexNet to GPT-3. These are great readings for researchers new to this field and freshers for experienced researchers. For each paper, we provide links to the short overview, author presentations and detailed paper walkthrough for readers with different levels of expertise. Abstract: We trained a large, deep convolutional neural network to classify the 1.2 million high-resolution images in the ImageNet LSVRC-2010 contest into the 1000 different classes. On the test data, we achieved top-1 and top-5 error rates of 37.5% and 17.0% which is considerably better than the previous state-of-the-art.

OpenAI is committed to the safe deployment of AI. Since the launch of our API, we've made deploying applications faster and more streamlined while adding new safety features. Our progress with safeguards makes it possible to remove the waitlist for GPT-3. Starting today, developers in supported countries can sign up and start experimenting with our API right away. Improvements to our API over the past year include the Instruct Series models that adhere better to human instructions, specialized endpoints for more truthful question-answering, and a free content filter to help developers mitigate abuse.

The Inherent Limitations of GPT-3

Welcome to the seventh editorial from Last Week in AI! Our editorials are typically a perk for paying subscribers, but on account of this being the week of Thanksgiving we are releasing this one for free. In my last editorial, I went over the fact that GPT-3 was a big deal and caused a large stir in the world of AI. Some thought it such a big deal as to worry about losing jobs and career paths in a post GPT-3 world, and many thought it to be a major leap towards the goal of AGI. But, as Skynet Today covered at the time of its release, much of the hype surrounding GPT-3 was excessive and overestimated its capabilities. This was not a novel position; OpenAI's CEO at the time said as much: Others have already pointed out the various limitations of GPT-3 that mean people may not need to worry so, and my aim with this piece is to recap and explain these limitations more fully and succinctly than other articles have.

If we look at the last couple of years, we have seen a significant leap in the way Artificial Intelligence is becoming an integral part of many organizations' business plans. Already the journey of digital transformation has catapulted thanks to Machine Learning and Artificial Intelligence and because of the pandemic situation, we saw significant innovation in the technology front, which will reach new heights in the year 2022 and further. As strongly claimed by Sundar Pichai, CEO of Google Inc, the impact of artificial intelligence will be far greater than fire and electricity on humanity. Well, it might sound a bit exaggerated but what it implies is that the year 2022 is going to see new developments in this space and it will constantly create new benchmarks. It is a looming fear that machines or robots will eventually replace the human workforce and may even render certain roles obsolete or redundant.

Yesterday's edition of The Sequence highlighted OpenAI's latest research to solve math word problems. Today, I would like to dive a bit deeper into the ideas behind this new research. Mathematical reasoning has long been considered one of the cornerstones of human cognition and one of the main bars to measure the "intelligence" of language models. He gave 1/2 of his pencils to Brandon, and he gave 3/5 of the remaining pencils to Charlie. He kept the remaining pencils. 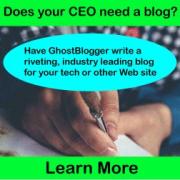 Editors and writers curious about AI's ability to generate long-form writing will want to check-out this piece by SEPGRA, an economic think tank. The group decided to give GPT-3 -- one of the world's most powerful AI text generators -- a run for its money by inputting one, simple phrase and asking GPT-3 to respond. The phrase: "Write an essay about text written by AI." The resulting 900-word essay published in this article is emblematic of the tech's current prowess. Essentially: The piece begins with an excellent focus on the specific topic, but becomes ever-more generalized as the article unfolds. In fact, by the close of the essay, GPT-3 completely veers-off into a discussion of AI's oft-reported ability to beat the world's greatest chess masters.

How GPT-3 Can Power your Next Project

In this article, I'll show you how to build a natural language processing (NLP) API for your next project. We'll leverage the general-purpose power of GPT-3 to quickly accomplish whatever language task you desire. If you're not already aware, OpenAI's GPT-3 is an advanced machine learning model that can be used in everything from sentiment classification to code completion.

What you should know about developing GPT-3 applications

Last week, OpenAI removed the waitlist for the application programming interface to GPT-3, its flagship language model. Now, any developer who meets the conditions for using the OpenAI API can apply and start integrating GPT-3 into their applications. Since the beta release of GPT-3, developers have built hundreds of applications on top of the language model. But building successful GPT-3 products presents unique challenges. You must find a way to leverage the power of OpenAI's advanced deep learning models to provide the best value to your users while keeping your operations scalable and cost-efficient.