Take a look at how AI companies are implementing AI. By automating procedures and operations that formerly required human intervention, Artificial Intelligence (AI) is increasing company efficiency and production. AI is also capable of comprehending data at a level that no human has ever achieved. This skill has the potential to be extremely useful in the workplace. AI has the potential to enhance every function, business, and industry.

First of all, we will talk about the emails everyone sends to educational institutions to clients to communicate with companies and authorities. You can automate replies to emails with the help of python and AI. You can automate things like attaching pictures to attaching links to reply to emails. We can use python libraries to automate certain tasks of our daily life. The second task that can be automated with Python is you can create your personal assistant. 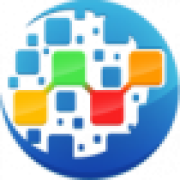 In 1955, the term "artificial intelligence" was developed to describe a new branch of computer science. As the market for AI technology grows in demand and flourishes, it swiftly and drastically alters numerous aspects of our everyday lives. Several start-ups and internet behemoths are vying for their purchase. We will cover the top 8 Artificial Intelligence Technologies that everyone should be aware of in this post. Let's understand what Artificial Intelligence is? Artificial intelligence allows a computer system to be taught and then apply what it has learned to new data.

Complete Guide to TensorFlow for Deep Learning with Python

Welcome to the Complete Guide to TensorFlow for Deep Learning with Python! This course will guide you through how to use Google's TensorFlow framework to create artificial neural networks for deep learning! This course aims to give you an easy to understand guide to the complexities of Google's TensorFlow framework in a way that is easy to understand. Other courses and tutorials have tended to stay away from pure tensorflow and instead use abstractions that give the user less control. Here we present a course that finally serves as a complete guide to using the TensorFlow framework as intended, while showing you the latest techniques available in deep learning!

Google's new deep learning system can give a boost to radiologists

This article is part of our reviews of AI research papers, a series of posts that explore the latest findings in artificial intelligence. Deep learning can detect abnormal chest x-rays with accuracy that matches that of professional radiologists, according to a new paper by a team of AI researchers at Google published in the peer-reviewed science journal Nature. The deep learning system can help radiologists prioritize chest x-rays, and it can also serve as a first response tool in emergency settings where experienced radiologists are not available. The findings show that, while deep learning is not close to replacing radiologists, it can help boost their productivity at a time that the world is facing a severe shortage of medical experts. The paper also shows how far the AI research community has come to build processes that can reduce the risks of deep learning models and create work that can be further built on in the future.

How to do a reverse image search from your phone

Depending on which mobile browser you use, it might not be immediately obvious how to do a reverse image search from your mobile device. The most simple solution we've come up with is to download and use Google's free Chrome browser for iOS or Android. This particular browser has a quick and easy built-in method for carrying out reverse image searches. We're taking a look at how you can do this in this simple explainer. Google's "Search by Image" functionality is a useful feature that carries out a reverse image search, allowing you to look for related images by uploading an image or an image URL.

How to Choose Hardware for Edge ML! - Lastest Open Tech From Seeed

It's almost common knowledge that machine learning requires more computational power than your average day-to-day tasks. With a variety of offerings from Google, NVIDIA, Intel and others that range from TPUs, tensor cores to GPUs, it's becoming increasingly difficult to choose hardware for Edge ML tasks. In this article, I aim to shed some light on the technologies that are available on the market and your options when it comes to hardware for both machine learning training and inferencing on the edge. Machine learning is a broad field that has seen tremendous progress in the recent years. It is based on the principle that a computer can autonomously improve its own performance on a given task by learning from data – sometimes even beyond the capabilities of humans.

Google says it has developed a way of using deep reinforcement learning (RL) to create computer chip floorplanning in just six hours -- a complicated feat that typically requires humans months to achieve. The chips Google's AI develops are on par or superior than those humans can create, the team explained in its paper published in the journal Nature on Wednesday, June 9. In a first for one of its commercial products, Google's research is being used for the company's upcoming tensor processing unit (TPU) chips, which are optimized for AI computation. So Google's AI method to design chips can eventually be used to improve and quicken the future development of AI. "Our method was used to design the next generation of Google's artificial intelligence (AI) accelerators, and has the potential to save thousands of hours of human effort for each new generation," the team said. The major breakthrough is that Google's AI method can be used for chip "floorplanning," which, as the paper said "Despite five decades of research, chip floorplanning has defied automation, requiring months of intense effort by physical design engineers to produce manufacturable layouts."

American innovation is slowing down. As the Center for Strategic and International Studies reports, "Whether measured in terms of triadic patents (patents filed in the United States, Europe, and Japan), most available measures of productivity, or even startup company creation, the United States' trademark innovative spirit has been gradually dampening for decades." AI can help resolve these issues and bring back America's waning innovation. In the recent NSCAI report, the committee recommends specific actions to the president and Congress, including supporting semiconductors and other strategic industries. The report missed one key area: AI-enabled commerce.