The World Economic Forum Jumps On the Artificial Intelligence Bandwagon

The release pointed to a section of their web site titled Empowering AI Leadership. For some reason, at this writing, there is no obvious link to the toolkit, but the press team was quick to provide the link . It is well laid out in linked we pages, and some well-produced pdfs are available for download. For purposes of this article, I have only looked at the overview and the ethics section, so here are my initial impressions. As would be expected from an organization focused on a select few in the world, the AI toolkit is high level.

What Can We Expect from AI in 2020? Analytics Insight

It can be easily observed that the modernization of the digital world is unstoppable and along with that, the evolution of technology has left no spot for conventional and dull modes and methods to breathe. Meanwhile, the inevitable revolution brought in by AI is expected to disrupt even more industries and lifestyles in the upcoming years. Shortly, in 2020 only, the technology, as predicted, will transform many more aspects of businesses for better prospects. Here is the list of AI transformations that we can expect to happen in 2020. Besides enjoying the perpetual growth in 2019, machine learning is expected to grow further in 2020.

Ma vs Musk on AI: The Optimistic Versus the Dystopian Viewpoint - AI Trends 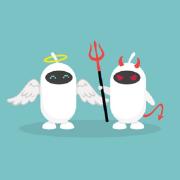 When you get Jack Ma and Elon Musk on the same stage debating the impact of AI, you get a study in contrasts. Musk is CEO of Tesla and Ma is chairman of Alibaba Group Holding. The two shared a stage recently at the World Artificial Intelligence Conference in Shanghai. Regarding AI, Musk said, "People underestimate the capability of AI. They sort of think like it's a smart human. Ma said, "I never in my life say human beings will be controlled by machines, it's impossible…Human beings can never create another thing that is smarter than human beings." Musk said, "I very much disagree with that." In another contrasting exchange, Ma said, "I'm quite optimistic and I don't think artificial intelligence is a threat." Musk's retort included the phrase, "famous last words." This debate epitomizes the clash between the "narrow" AI embedded in GPS systems and Amazon recommendations, and the goal of artificial general intelligence, a self-teaching system able to outperform humans across a range of disciplines. This is known as the "singularity,' which some scientists believe is 30 years away, if it is ever achieved.

Udemy, the largest online learning source, just published its Udemy for Business 2020 Workplace Learning Trends Report: The Skills of the Future (48 pp., PDF, opt-in). As Forbes noticed, the report claims that it is now key "to prepare workforces for the future of work in an AI-enabled world." The report states that "In the world of finance, investment funds managed by AI and computers account for 35% of America's stock market today," citing a recent article in The Economist, The rise of the financial machines. For their part, in the report, Udemy notes that AI is reshaping the world of work. The organization notes that 65% of the leaders cited that AI and robotics are an important or very important issue in human capital.

Automation And Machine Learning: Transforming The Office Of The CFO

What's more, when asked how much return on investment the finance organization has generated from digitization and automation in the past 12 months, only 5 percent said it was a substantial return; the more common response was "modest" or "minimal" returns. While that number may seem low right now, automation is coming to the finance function, and it will play a crucial role in furthering the CFO's position in the C-suite. Research suggests corporate finance teams spend about 80 percent of their time manually gathering, verifying, and consolidating data, leaving only about 20 percent for higher-level tasks, such as analysis and decision-making. In its truest form, RPA will unleash a new wave of digital transformation in corporate finance. Instead of programming software to perform certain tasks automatically, RPA uses software robots to process transactions, monitor compliance, and audit processes automatically.

On one hand, we know AI is the future of business. After all, manpower simply isn't fast enough to keep up with the pace of consumer demand. That said, there's a big difference between knowing AI is the future and actually implementing AI within your business successfully. That latter part--AI adoption--is where many companies are finding themselves stuck. No one said digital transformation would be easy--but you're not alone if you assumed AI adoption would be a cakewalk.

5 Technologies That Will Shape Healthcare in 2020

Technology is ever-changing, and with every new decade it accelerates at a pace that is often difficult for us humans to keep up with. We now live in a world in which we rely heavily on technology on a daily basis, regardless of which field we belong to. However, few industries have been changed by technology as much, or as positively, as healthcare. Although the healthcare industry has often lagged behind others when it comes to deploying advanced technology, new discoveries and improvements are always being made. The technology that we know today has opened countless doors and opportunities to improve our lives, and it's almost impossible to imagine life without it now.

JPMorgan's CIO Has Championed A Data Platform That Turbocharges AI

JPMorgan Chase sees artificial intelligence (AI) as critical to its future success. And the mega-bank has a big advantage over many of its smaller rivals: the massive amount of data it gathers from sources such as the 50% of U.S. households with which it has some form of relationship and the $6 trillion worth of payment flows it handles daily. But until recently, identifying and pulling in relevant data to train AI models was taking up around 60% of the time of the bank's growing army of data scientists. That was an inefficient use of an expensive and relatively scarce resource. Now a new data platform the bank has developed, called OmniAI, is helping it to get relevant data into its models much faster.

How To Use RPA And AI For Project Management

Whether you are a program manager responsible for the portfolio of initiatives in healthcare or a technical project manager overseeing the redeployment of an enterprise resource planning (ERP) solution, you need to understand key elements of advanced technologies such as machine learning and AI so you can spend less time on planning and more time on execution. As a project manager who has led project management offices for Fortune 500 organizations for over 12 years, I've experienced firsthand the various iterations of this trade transformation. Having credentials such as PMP, ACP and Six Sigma is a proven way to demonstrate your commitment to project management as a profession, but I am also a strong believer that adapting and staying ahead of the latest trends in technology will help you continue to deliver value as a project manager. Here, I'll provide a series of recommendations on best practices and skills required to effectively apply and use advanced technologies for better project delivery. Automation or other advanced technologies such as AI will not replace project management as a practice, but project managers need to evolve and continuously develop their technical skills in order to use these technologies in conjunction with the interpersonal elements of managing projects. 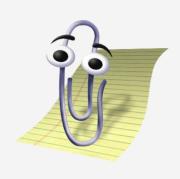 Artificial Intelligence (AI) is by far one of the most praised trends in Silicon Valley. Yet, in the "real world", opinions tend to be split into two camps: those who desire AI-driven personal assistants on the one hand, and those who fear that such AI solutions will steal their jobs in the future, on the other. Nevermind that Hollywood-like scenario though – the truth is that AI is already here, reading our emails, listening to our conversations, recognizing our faces, and even smelling our breath! AI is not a shiny addition. It is a must-have for any business innovations, and e-commerce seems to be in the avant-garde.