According to several studies by Intel spanning 2018, 2019, and 2020, AI and edge computing make it possible to positively identify up to 99% of visible manufacturing defects before a product ever leaves the line. "One of the most important things manufacturers care about is product quality," says Brian McCarson, Vice President and Senior Principal Engineer, Internet of Things Group (IOTG) at Intel Corporation and a featured speaker at Transform, VentureBeat's upcoming digital conference. "Manufactures prefer throwing away fewer defective products. They strive to have less rework and fewer customer returns. They also want to reduce the cost of their operations by making their tools and processes more efficient, and improve the reliability of their machines so they can proactively do maintenance before it is too late and have more predictable uptime."

How AI and IoT affects the manufacturing job market - The Manufacturer

Artificial Intelligence (AI) and smart devices are gaining more and more traction in the manufacturing market. AI can be used to automate multiple things, and the technologies behind it keep getting better, and smarter. And combining AI with the IoT means fewer people will be required to take decisions and to execute those decisions. If things keep evolving as they have been so far, one thing is certain: the manufacturing industry will never be the same. But, how can AI and IoT affect the manufacturing job market? How can they improve it?

In These Factories, Inspector Robot Will Check Your Work

The UK company P2i adds water-repelling nanocoatings to smartphones and other gadgets. Normally, it flies engineers to its clients' factories to identify and solve quality-control problems. That's not an option in a world where flights are grounded, borders closed, and security tightened. So in some plants, P2i now relies on a system that uses artificial intelligence to look for even the slightest defects. "Over the last four months, since the coronavirus, we've had to reevaluate how we are going to service and deploy our machines worldwide," says Neal Harkrider, chief operating officer at P2i.

Qualcomm is launching the RB5 robotics platform and new robotics developer kit to speed up industrial applications as well as infuse them with 5G connectivity. The company four years ago made a big pushing into robotics with the aim to leverage its connectivity hardware and research and development and build out its business-to-business efforts. Qualcomm's strategy revolved around building a platform that could apply to $200 toy robots as well as $2 million industrial robots, said Dev Singh, head of robotics, drones and intelligent machines at Qualcomm. "In the field, we have millions of robots powered by Qualcomm technology," said Singh, who added that NASA's latest Mars robot launching July 17 has Snapdragon 801 on board the rover. How 5G Will Transform Business What is 5G?

South Korean telco KT will invest 50 billion won ($41.4 million) into Hyundai Robotics for a 10% stake, the company said on Tuesday. The two companies will collaborate to co-develop intelligent service robots and perform research in the areas of automation and smart factories, the telco said. Hyundai Robotics was formed in May this year. Previously, it was the robotics business unit of Hyundai Heavy Industries Group. KT will oversee the design and automation software aspects of the service robots while Hyundai Robotics will focus on the hardware and manufacturing aspects.

These three industries are about to be hit by AIoT

Artificial intelligence and the Internet of things (AIoT) is one of the newest players on the tech scene, and it's already garnered attention at a rapid pace. While IoT on its own is no doubt powerful, connected networks can only take things so far even when performing at peak. When AI is brought into the same picture, things get a serious upgrade. IoT is already well established and still set to grow, with more than 41 billion IoT devices in use by 2027. What's more, Gartner predicts that more than 80 percent of enterprise IoT projects will include an AI component by 2022. 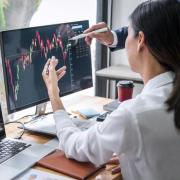 It's not a new concept that people are the core of any business. Industrialist and philanthropist Andrew Carnegie knew more than 100 years ago the power of his employees when he said, "Take away my people but leave my factories, and soon grass will grow on the factory floors. Take away my factories but leave my people, and soon we will have a new and better factory." Carnegie was speaking from gut instinct. He knew the value of the human element within a business and appreciated that value, working to increase revenues through an inspired, motivated and dedicated workforce.

Tesla CEO Elon Musk put on his sales cap on Tuesday to explain why the company is jacking up the price of Full Self-Driving (FSD), the electric automaker's contentious autonomous driving feature. Come July 1, Tesla's FSD will cost around $8,000 thanks to a $1,000 price rise announced by Musk on Twitter. The new price for FSD is about 14% higher than before, but whether it's a large or small price rise depends on how you value the feature. According to Musk, FSD will eventually be worth more than $100,000 – or roughly double the starting price of the forthcoming Model Y. But that figure is also contingent on Tesla's ability to deliver new features and factors outside Musk's control, such as regulatory approval.

In 1937, the year that George Orwell was shot in the neck while fighting fascists in Spain, Julian Chen was born in Shanghai. His parents, a music teacher and a chemist, enrolled him in a school run by Christian missionaries, and like Orwell he became fascinated by language. He studied English, Russian, and Mandarin while speaking Shanghainese at home. Later he took on French, German, and Japanese. In 1949, the year Mao Zedong came to power and Orwell published 1984, learning languages became dangerous in China.

The Station is a weekly newsletter dedicated to all things transportation. Sign up here -- just click The Station -- to receive it every Saturday in your inbox. If you're interested in all the future and present ways people and packages move from Point A to Point B, you're in the right place. It felt like Tesla dominated the news cycle once again this week. There was other mobility news though, including layoffs at self-driving company Cruise and new rules that Uber is rolling out Monday that will change the ride-hailing experience for the foreseeable future.