To better understand these surprising results, we reanalyzed the associated data. We were unable to reproduce the original findings, nor could we identify reliably cycling genes. We conclude that there is insufficient evidence to support circadian transcriptional rhythms in the absence of Bmal1. Recently, Ray et al. (1) reported transcriptional rhythmicity in mouse tissues lacking BMAL1. BMAL1 is a core component of the circadian molecular oscillator (2) whose deletion is associated with loss of physiological and molecular rhythms (3).

Understanding the Philosophy of Artificial Intelligence 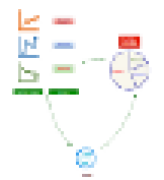 Reinforcement learning is arguably the coolest branch of artificial intelligence. It has already proven its prowess: stunning the world, beating the world champions in games of Chess, Go, and even DotA 2. Using RL for stock trading has always been a holy grail among data scientists. Stock trading has drawn our imaginations because of its ease of access and to misquote Cardi B, we like diamond and we like dollars . There are several ways of using Machine Learning for stock trading. One approach is to use forecasting techniques to predict the movement of the stock and build some heuristic based bot that uses the prediction to make decisions.

Is a Jaffa Cake a biscuit? Physicist uses AI to solve debate

A physicist has used the power of artificial intelligence (AI) to solve the age-old debate about whether Jaffa Cakes are biscuits or cakes. Dr. Héloïse Stevance, an astrophysicist at the University of Auckland in New Zealand, trained algorithms with nearly 100 recipes of traditional cakes and biscuits. She then ran two Jaffa Cakes recipes through the algorithms, which recognised them unambiguously as cakes'without a doubt'. Jaffa Cakes, which are made by Edinburgh-based manufacturer McVitie's, consist of a disc of orange-flavoured jelly, milk chocolate and a mysterious spongy base. But fans of the popular British snack have passionately debated whether they're biscuits or cakes due to their unique texture and appearance.

Can AI help design our logo?

We ordered some designs on a well known freelancer site. As reference we added instructions in the orders. "A kind, helpful looking elf with a santa hat", "i'd like it to be in the style of a mascot logo or combination logo", "it should be cute" etc and attached a few images of various robots and then I drew a very rough sketch. We started experimenting with CLIP and BigGAN through Ryan Murdocks "Big Sleep". We were testing what kind of images we could get by asking it to draw a green robot rocket with big cute eyes.

The field of AI and machine learning is arguably built on the shoulders of a few hundred papers, many of which draw conclusions using data from a subset of public datasets. Large, labeled corpora have been critical to the success of AI in domains ranging from image classification to audio classification. That's because their annotations expose comprehensible patterns to machine learning algorithms, in effect telling machines what to look for in future datasets so they're able to make predictions. But while labeled data is usually equated with ground truth, datasets can -- and do -- contain errors. The processes used to construct corpora often involve some degree of automatic annotation or crowdsourcing techniques that are inherently error-prone.

The burgeoning reach of animal culture

Hot papers on arXiv from the past month: March 2021

Here are the most tweeted papers that were uploaded onto arXiv during March 2021. Results are powered by Arxiv Sanity Preserver. Abstract: We consider the vector embedding problem. We are given a finite set of items, with the goal of assigning a representative vector to each one, possibly under some constraints (such as the collection of vectors being standardized, i.e., have zero mean and unit covariance). We are given data indicating that some pairs of items are similar, and optionally, some other pairs are dissimilar.