The AI Times is a weekly newsletter covering the biggest AI, machine learning, big data, and automation news from around the globe. If you want to read A I before anyone else, make sure to subscribe using the form at the bottom of this page. Five projects have received $29 million in funding from Scale AI and a number of companies to support the implementation of artificial intelligence. In these unprecedented times, entrepreneurs need all the help they can get. BetaKit has teamed up with Microsoft for Startups on a new series called Just One Thing, where startup founders and tech leaders share the'one thing' they want the next generation of entrepreneurs to learn. Instrumental, a startup that uses vision-powered AI to detect manufacturing anomalies, announced that it has closed a $20 million Series B led by Canaan Partners.

Permanent beta: Why frugal innovation is such a hot concept for entrepreneurs

The concept of frugal innovation originated in emerging markets, where social entrepreneurs and enthusiastic designers perfected the idea of creating low-cost, highly user-friendly devices that also fulfil a social need. A clay fridge that uses no electricity but keeps food cool, mobile money services for people without bank accounts like M-PESA, and a billboard that collects water from humid air in a rain-scarce area of Peru are all cited as examples of frugal innovation in developing markets. But increasingly the idea is being used more broadly. The recent COVID-19 outbreak has shown just how far frugal innovation can take off in developed markets: companies, healthcare organisations and entrepreneurs were faced with a real problem to tackle in a short amount of time with unexpectedly limited resources. That resulted in innovations like PPE that could be 3D printed at home or made from scuba masks, ventilators hacked with readily available equipment to double their capacity, and companies sharing the designs for their kit to allow other organisations to manufacture it themselves. 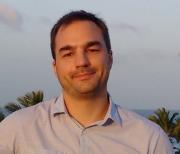 Andrea Sommer is the Founder & Business Lead at UvvaLabs, a female-founded technology company that uses AI to help companies make better decisions that create more diverse and accessible workforces. Could you discuss how UvvaLabs uses AI to assist companies in creating more diverse and accessible workforces? Our approach looks at offering structural solutions to the very structural problem of inequity in the workplace. Through our research and experience, we've built a model of what the'ideal' organization looks like from a diversity and accessibility perspective. Our AI analyzes and evaluates data across an organization to create a version of that organization's'current state' from a diversity perspective.

When is AI not AI?

Earlier this week, Forbes published a piece on ScaleFactor, a startup using AI to automate accounting, which shut down after raising $100m. Here's the heart of the issue covered in the story: "Instead of [AI] producing financial statements, dozens of accountants did most of it manually from ScaleFactor's Austin headquarters or from an outsourcing office in the Philippines, according to former employees. Some customers say they received books filled with errors, and were forced to re-hire accountants, or clean up the mess themselves." The piece triggered additional reactions from the press around the general theme of "AI and snake oil". Now, this is whole "AI vs humans" topic is really interesting to me, as I've spent tons of times over the last few years with AI companies, and have seen those dynamics at play.

When taking on an artificial intelligence (AI) project, there is one ingredient above all that is essential for success: clean, well organized, relevant data. In theory, data is everywhere (2.5 quintillion bytes of data produced a day to be exact), and that amount is accelerating rapidly with the proliferation of sensors from the Internet of Things (IoT) and machine-generated big data. In fact, even though it may be hard to believe, 90% of the world's data was created in just the past two years. This includes every tap and swipe we make on our mobile devices, every video we stream, every tweet we read and Instagram post we like or share. IoT data is also growing at a similar exponential rate to mobile and social.

How AI Will Make Drug Discovery Low-Cost, Ultra-Fast, and Personalized

If you had to guess how long it takes for a drug to go from an idea to your pharmacy, what would you guess? Well, here's the sobering truth: 90 percent of all drug possibilities fail. The few that do succeed take an average of 10 years to reach the market and cost anywhere from $2.5 billion to $12 billion to get there. But what if we could generate novel molecules to target any disease, overnight, ready for clinical trials? Imagine leveraging machine learning to accomplish with 50 people what the pharmaceutical industry can barely do with an army of 5,000.

Galway start-up Chatspace has developed an artificial intelligence answers and insights platform that prevents projects on track and prevents costly failures. Chatspace works with the world's largest companies unleashing new insights for company strategy that traditional teams can't reach, automating repeatable tasks and scaling capabilities across the enterprise. The company believes that the future of work is engaged and connected employees taking advantage of the capabilities that technology provides. Its clients to date include ATOS, Nestle and Medtronic. "Project Management is integral to Enterprise," explains Chatspace CEO and founder John Clancy.

Design by computers: How AI is changing the graphic design industry - ClickZ

There is no denying that artificial intelligence (AI) is one of the biggest technologies of the current generation. It holds tremendous potential in domains like healthcare, education, manufacturing, etc. However, to everyone's surprise, AI has also found an application in the creative arena. For instance, mobile app developers are using AI to design a better mobile app user experience. There is also a wide range of graphic design software that leverage AI for creating complex designs.

The AI Times is a weekly newsletter covering the biggest AI, machine learning, big data, and automation news from around the globe. If you want to read A I before anyone else, make sure to subscribe using the form at the bottom of this page. New York's Behavox has significantly boosted its Canadian presence, opening a larger base of operations in Montreal. In these unprecedented times, entrepreneurs need all the help they can get. BetaKit has teamed up with Microsoft for Startups on a new series called Just One Thing, where startup founders and tech leaders share the'one thing' they want the next generation of entrepreneurs to learn.

Digital Transformation: How to Be a Business in a Time of 4IR AI Blockchain Fintech - IntelligentHQ