We investigate the autonomous navigation of a mobile robot in the presence of other moving vehicles under time-varying uncertain environmental disturbances. We first predict the future state distributions of other vehicles to account for their uncertain behaviors affected by the time-varying disturbances. We then construct a dynamic-obstacle-aware reachable space that contains states with high probabilities to be reached by the robot, within which the optimal policy is searched. Since, in general, the dynamics of both the vehicle and the environmental disturbances are nonlinear, we utilize a nonlinear Gaussian filter -- the unscented transform -- to approximate the future state distributions. Finally, the forward reachable space computation and backward policy search are iterated until convergence. Extensive simulation evaluations have revealed significant advantages of this proposed method in terms of computation time, decision accuracy, and planning reliability.

This paper studies the robustness aspect of reinforcement learning algorithms in the presence of errors. Specifically, we revisit the benchmark problem of discrete-time linear quadratic regulation (LQR) and study the long-standing open question: Under what conditions is the policy iteration method robustly stable for dynamical systems with unbounded, continuous state and action spaces? Using advanced stability results in control theory, it is shown that policy iteration for LQR is inherently robust to small errors and enjoys local input-to-state stability: whenever the error in each iteration is bounded and small, the solutions of the policy iteration algorithm are also bounded, and, moreover, enter and stay in a small neighborhood of the optimal LQR solution. As an application, a novel off-policy optimistic least-squares policy iteration for the LQR problem is proposed, when the system dynamics are subjected to additive stochastic disturbances. The proposed new results in robust reinforcement learning are validated by a numerical example.

This work adds on to the on-going efforts to provide more autonomy to space robots. Here the concept of programming by demonstration or imitation learning is used for trajectory planning of manipulators mounted on small spacecraft. For greater autonomy in future space missions and minimal human intervention through ground control, a robot arm having 7-Degrees of Freedom (DoF) is envisaged for carrying out multiple tasks like debris removal, on-orbit servicing and assembly. Since actual hardware implementation of microgravity environment is extremely expensive, the demonstration data for trajectory learning is generated using a model predictive controller (MPC) in a physics based simulator. The data is then encoded compactly by Probabilistic Movement Primitives (ProMPs). This offline trajectory learning allows faster reproductions and also avoids any computationally expensive optimizations after deployment in a space environment. It is shown that the probabilistic distribution can be used to generate trajectories to previously unseen situations by conditioning the distribution. The motion of the robot (or manipulator) arm induces reaction forces on the spacecraft hub and hence its attitude changes prompting the Attitude Determination and Control System (ADCS) to take large corrective action that drains energy out of the system. By having a robot arm with redundant DoF helps in finding several possible trajectories from the same start to the same target. This allows the ProMP trajectory generator to sample out the trajectory which is obstacle free as well as having minimal attitudinal disturbances thereby reducing the load on ADCS.

"What's that? Reinforcement Learning in the Real-world?"

Reinforcement Learning offers a distinctive way of solving the Machine Learning puzzle. It's sequential decision-making ability, and suitability to tasks requiring a trade-off between immediate and long-term returns are some components that make it desirable in settings where supervised-learning or unsupervised learning approaches would, in comparison, not fit as well. By having agents start with zero knowledge then learn qualitatively good behaviour through interaction with the environment, it's almost fair to say Reinforcement Learning (RL) is the closest thing we have to Artificial General Intelligence yet. We can see RL being used in robotics control, treatment design in healthcare, among others; but why aren't we boasting of many RL agents being scaled up to real-world production systems? There's a reason why games, like Atari, are such nice RL benchmarks -- they let us care only about maximizing the score and not worry about designing a reward function.

This paper presents a new deep learning-based framework for robust nonlinear estimation and control using the concept of a Neural Contraction Metric (NCM). The NCM uses a deep long short-term memory recurrent neural network for a global approximation of an optimal contraction metric, the existence of which is a necessary and sufficient condition for exponential stability of nonlinear systems. The optimality stems from the fact that the contraction metrics sampled offline are the solutions of a convex optimization problem to minimize an upper bound of the steady-state Euclidean distance between perturbed and unperturbed system trajectories. We demonstrate how to exploit NCMs to design an online optimal estimator and controller for nonlinear systems with bounded disturbances utilizing their duality. The performance of our framework is illustrated through Lorenz oscillator state estimation and spacecraft optimal motion planning problems.

How AI Impact on Oil And Gas Sector 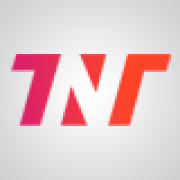 Artificial intelligence is one of the most exciting technological improvements to encircle our society in living memory, however few individuals have a solid comprehension of AI as well as the plethora of ways that it is changing our planet. Nowhere is Artificial intelligence more significant and tumultuous than at the energy industry, where professionals from a broad assortment of backgrounds are discovering it immensely beneficial. Nonetheless, the use of AI from the petroleum and gas industry remains largely misunderstood, and lots of prospective entrants into the sector don't have any clue where to start cleaning up with this intricate topic. Here's a breakdown of how AI is disrupting oil and gas, and why intelligent machines will be imperative to the future of the energy sector. When there's a simple way to describe the part of AI from the gas and oil industry, it is that this technology has become an integral part of the way that energy businesses and professionals achieve their aims. Gas and oil companies have been enormous collectors of information; if nicely employees could not access tremendous treasure troves of information about the area they are working in, for example, they'd never have the ability to be successful in their tasks while ensuring workplace safety and cost-effectiveness.

A Survey of Algorithms for Black-Box Safety Validation

Autonomous and semi-autonomous systems for safety-critical applications require rigorous testing before deployment. Due to the complexity of these systems, formal verification may be impossible and real-world testing may be dangerous during development. Therefore, simulation-based techniques have been developed that treat the system under test as a black box during testing. Safety validation tasks include finding disturbances to the system that cause it to fail (falsification), finding the most-likely failure, and estimating the probability that the system fails. Motivated by the prevalence of safety-critical artificial intelligence, this work provides a survey of state-of-the-art safety validation techniques with a focus on applied algorithms and their modifications for the safety validation problem. We present and discuss algorithms in the domains of optimization, path planning, reinforcement learning, and importance sampling. Problem decomposition techniques are presented to help scale algorithms to large state spaces, and a brief overview of safety-critical applications is given, including autonomous vehicles and aircraft collision avoidance systems. Finally, we present a survey of existing academic and commercially available safety validation tools.

Soft Actor Critic (SAC) algorithms show remarkable performance in complex simulated environments. A key element of SAC networks is entropy regularization, which prevents the SAC actor from optimizing against fine grained features, oftentimes transient, of the state-action value function. This results in better sample efficiency during early training. We take this idea one step further by artificially bandlimiting the target critic spatial resolution through the addition of a convolutional filter. We derive the closed form solution in the linear case and show that bandlimiting reduces the interdependency between the low and high frequency components of the state-action value approximation, allowing the critic to learn faster. In experiments, the bandlimited SAC outperformed the classic twin-critic SAC in a number of Gym environments, and displayed more stability in returns. We derive novel insights about SAC by adding a stochastic noise disturbance, a technique that is increasingly being used to learn robust policies that transfer well to the real world counterparts.