Can you relate to this problem? I can't find anything to play on iOS right now. Now don't worry mobile developers--it's not you, it's me. I don't go for puzzle games or narrative titles because I want something more mindless before I sleep, or while I'm on the bus. I just have a different problem: I've played you already.

What is an Algorithm?

Every platform that suggests content or provides sorted functionality uses algorithms based on these simple concepts. However, many more variables and metrics may be used -- such as saves or streams -- instead of cats and dogs. In any case, the goal of an algorithm usually matches the goal of its creators. In a capitalistic environment, companies create algorithms in order to indirectly increase company profits. This can be done by directly creating algorithms that perform specific tasks efficiently (i.e increase the amount of ads viewers watch).

'PUBG' creator's next project is an open source metaverse for everyone In 2007, a woman in New York City placed an ad on Craigslist offering sex in exchange for 5,000 gold in "World of Warcraft" to purchase an epic flying mount (the woman claimed to have found a client in a follow-up post). In 2012, the zombie apocalypse title "DayZ" inspired discussions on human nature as players chose to either band together or murder each other over cans of beans in the game's cutthroat world. In 2005, a "World of Warcraft" glitch that acted like a viral epidemic forced the developer to briefly shut down the game to keep the "virus" from infecting all players -- an incident later referenced by epidemiologists researching predictive modeling around covid-19.

'We can continue Pratchett's efforts': the gamers keeping Discworld alive

Sir Terry Pratchett's Discworld has a long association with video games. Not only was the author himself a fan of Doom, Thief, and The Elder Scrolls, but the relationship between his satirical fantasy world and video games goes all the way back to 1986's The Colour of Magic – a text-adventure adaptation of Pratchett's first Discworld novel. Later games based on Pratchett's work include 1995's Discworld, a notoriously difficult adventure game voiced by actors including Eric Idle and Tony Robinson, and 1999's Discworld Noir, a 3D detective game where you play as the universe's first private investigator. But the most ambitious Discworld game in existence is not officially associated with Terry Pratchett at all. The Discworld MUD is a text-based "multi-user-dungeon" – an early form of online role-playing game where everything from places to in-game actions are described in words. 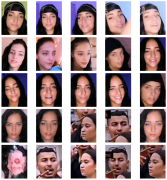 TikTok is a platform that gained enormous popularity over the last several years, some reports indicating that it has more than 1 Billion users, as well as close to 1 Billion of content creators (although few of them are uploading much). It faced a lot of criticism over years, including privacy concerns and promoting addiction (e.g.[1], [2]). However, what surprised me when I first looked into it is not the format/content, but people in the videos recommended by the app. The faces of people I see there seemed very different from what I see in everyday life, in the direction of -- how can I put it? This is very unusual and was significantly different from other video hosting platforms -- I never experienced it while watching YouTube, for example. I thought it could be just my internal biases and how I personally perceived the system, so I decided to analyze the data to see if there is actually scientific evidence to confirm my claim. This post is an attempt at doing a more rigorous analysis and verifying the hypothesis of TikTok actively (implicitly or explicitly) promoting lookism. Note that this write-up is aimed at people who understand data science/machine learning, and contains many technical details.

Research in the field of machine learning and AI, now a key technology in practically every industry and company, is far too voluminous for anyone to read it all. This column, Perceptron, aims to collect some of the most relevant recent discoveries and papers -- particularly in, but not limited to, artificial intelligence -- and explain why they matter. Over the past few weeks, researchers at Google have demoed an AI system, PaLI, that can perform many tasks in over 100 languages. Elsewhere, a Berlin-based group launched a project called Source that's designed as a way of allowing artists, including visual artists, musicians and writers, to opt into -- and out of -- allowing their work being used as training data for AI. AI systems like OpenAI's GPT-3 can generate fairly sensical text, or summarize existing text from the web, ebooks and other sources of information. 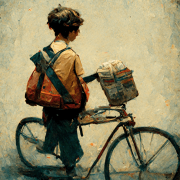 The job was remarkably analog: a bundle of newspapers would be dropped off at my house, I would wrap them in rubber-bands (or plastic bags if it were raining), load them up in a canvas sack, and set off on my bike; once a month my parents would drive me around to collect payment. Little did I appreciate just how essential my role writ large was to the profitability of newspapers generally. Newspapers liked to think that they made money because people relied on them for news, furnished by their fearless reporters and hard-working editors; not only did people pay newspapers directly, but advertisers were also delighted to pay for the privilege of having their products placed next to the journalists' peerless prose. The Internet revealed the fatal flaw in this worldview: what newspapers provided was distribution thanks to infrastructure like printing presses and yours truly. Once the Internet reduced distribution costs to zero, three truths emerged: first, that "news", once published, retained no economic value.

Is AI really a threat to creators?

AI is here to take your job. For some, where repetitive tasks remain core to their work, this may already be true. Well, if you follow some of the latest trends in AI, there is reason to be mindful: AI now writes novels, produces art, and informs UX design. Artists are even fighting to keep AI from stealing their work. So, at a quick glance, you'll be going toe-to-toe in the art gallery and on the bookshelves with robotic creators soon enough. Dunkey, as the creator is best known, announced the news Wednesday on his YouTube channel. In a video, Gastrow recounted his own career as a content creator dedicated to highlighting "truly inspired works of art" in video games, while excoriating titles he described as "soulless cash grabs." Gastrow said he was inspired to start Bigmode out of a desire to help create good indie games in a market he referred to as "a sea of mediocrity," where quality titles are buried by subpar releases. 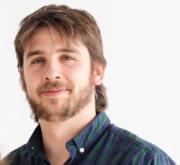 With the rise of machine learning technologies, the need for more and better datasets is becoming one of the main challenges in the industry. Relevant scientists and practitioners, such as Andrew Ng, have proposed the need for a data-centric cultural shift in the machine learning field, where data issues are given the attention they deserve. The idea behind this proposal is simple; Better data to build better machine learning applications. But data, beyond being the power behind the ML applications, can also be the source of ethical and social issues. For instance, recent studies, such as Khalil et al., show how facial analysis datasets with fewer darker-skinned faces could drop the accuracy of face analysis models in that particular group, representing social harm.