How AI And Human Intelligence Will Beat Cancer - AI Summary

For context, Go is a board game previously thought to require too much human intuition for a computer to succeed in, and as a result, it was a North Star for AI. Centuries ago, scientists and doctors operated largely in the dark when attempting to cure diseases and had to rely solely on their intuition. Many current and past approaches in the field relied on a single researcher or academic group's intuition for prioritizing which genes to test edit. Recently, with advances in high-throughput single-cell CRISPR sequencing methods, we are nearing the possibility of simply testing all genes simultaneously on equal footing and in various experimental scenarios. In fact, we predict that in the next 10 years, we will have an equivalent of a Move 37 against cancer: a therapy that at first may seem counterintuitive (and at which human intuition alone would not arrive) but that in the end, shocks us all and wins the game for patients.

How AI and human intelligence will beat most cancers - Channel969

We're excited to carry Rework 2022 again in-person July 19 and just about July 20 – 28. Be a part of AI and information leaders for insightful talks and thrilling networking alternatives. For context, Go is a board sport beforehand thought to require an excessive amount of human instinct for a pc to reach, and in consequence, it was a North Star for AI. For years, researchers tried and didn't create an AI system that would beat people within the sport. In 2016, AlphaGo, an AI system created by Google's DeepMind, not solely beat its champion human counterpart (Lee Sedol); it demonstrated that machines might discover enjoying methods that no human would give you.

How AI and human intelligence will beat cancer

We are excited to bring Transform 2022 back in-person July 19 and virtually July 20 - 28. Join AI and data leaders for insightful talks and exciting networking opportunities. For context, Go is a board game previously thought to require too much human intuition for a computer to succeed in, and as a result, it was a North Star for AI. For years, researchers tried and failed to create an AI system that could beat humans in the game. In 2016, AlphaGo, an AI system created by Google's DeepMind, not only beat its champion human counterpart (Lee Sedol); it demonstrated that machines could find playing strategies that no human would come up with. AlphaGo shocked the world when it performed its unimaginable move #37. 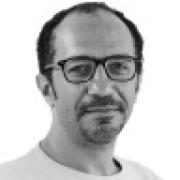 Whenever I have had the displeasure of interacting with an obtuse online customer service bot or an automated phone service, I have come away with the conclusion that whatever "intelligence" I have just encountered was most certainly artificial and not particularly smart, and definitely not human. However, this likely would not have been the case with Google's experimental LaMDA (Language Model for Dialogue Applications). Recently, an engineer at the tech giant's Responsible AI organisation carried the chatbot to global headlines after claiming that he reached the conclusion that it is not merely a highly sophisticated computer algorithm and it possesses sentience – ie, the capacity to experience feelings and sensations. To prove his point, Blake Lemoine also published the transcript of conversations he and another colleague had with LaMDA. In response, the engineer has been suspended and put on paid leave for allegedly breaching Google's confidentiality policies.

In a time when the pace of change is accelerating, the presence of creative excellence for businesses is crucial for success. However, it is easier said than done. Creative excellence with humans alone has its setbacks, preventing it from reaching its full potential. That's where artificial intelligence comes in. AI is an extraordinary force for creative excellence.

Deepmind, a subsidiary of Alphabet specialising in artificial intelligence, recently presented its "Gato" model. This so-called "general-purpose" AI model can reportedly perform more than 600 different tasks. And, in many of these tasks, the AI might even perform better than a human being. Could Deepmind have built the first general-purpose artificial intelligence model, i.e., a model capable of learning several tasks at once, whereas most AI models are trained for a specific purpose? Since the American company unveiled its new work, the question has been spurring reaction from computer experts around the world.

In a time when the pace of change is accelerating, the presence of creative excellence for businesses is crucial for success. However, it is easier said than done. Creative excellence with humans alone has its setbacks, preventing it from reaching its full potential. That's where artificial intelligence comes in. AI is an extraordinary force for creative excellence.

Is Artificial Intelligence Made in Humanity's Image? Lessons for an AI Military Education - War on the Rocks

Artificial intelligence is not like us. For all of AI's diverse applications, human intelligence is not at risk of losing its most distinctive characteristics to its artificial creations. Yet, when AI applications are brought to bear on matters of national security, they are often subjected to an anthropomorphizing tendency that inappropriately associates human intellectual abilities with AI-enabled machines. A rigorous AI military education should recognize that this anthropomorphizing is irrational and problematic, reflecting a poor understanding of both human and artificial intelligence. The most effective way to mitigate this anthropomorphic bias is through engagement with the study of human cognition -- cognitive science.

The meeting of artificial intelligence and health

Food technology is rapidly permeating our daily lives. From food cultivation to distribution, cooking and food intake, there is no stage that is not affected by artificial intelligence: Food Tech. In the United States, it is so popular that famous entrepreneurs and stars such as Bill Gates and Leonardo DiCaprio invest in food technology companies. In fact, the popularity of artificial intelligence in the food field is a trend not only in the United States, but also in the global industry. Food history is information from production to distribution of food, and it can be said that it is information needed to make food safe.