Many associations in the world like the biological ecosystems, government and corporations are physically decentralized however they are unified in the sense of their functionality. For instance, a financial institution operates with a global policy of maximizing their profits, hence appearing as a single entity; however, this entity abstraction is an illusion, as a financial institution is composed of a group of individual human agents solving their optimization problems with our without collaboration. The policy function parameters are fine-tuned depending on the gradients of the defined objective function. This approach is called the monolithic decision-making framework as the policy function's learning parameters are coupled globally solely using an objective function. Having covered a brief background of a centralized reinforcement learning framework, let us move forward to some promising decentralized reinforcement learning frameworks. 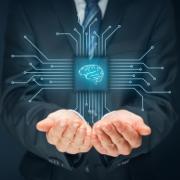 The National Oceanic and Atmospheric Administration has released a new strategy to help expand the application of artificial intelligence in its missions. The NOAA AI strategy sets five goals to improve coordination, understanding, application and awareness of AI across the agency and one of the goals is establishing efficient organizational processes and structure to advance AI. There are five supporting objectives for the first goal, including the establishment of an AI center or a similar entity to facilitate coordination of AI research, data acquisition and algorithm development, among others. The second goal calls for the advancement of AI research and innovation in support of the agency's mission. One of the supporting objectives is establishing an annual research and development competition for AI applications in environmental science.

In July 2017, The State Council of China released the "New Generation Artificial Intelligence Development Plan," outlining China's strategy to build a US$150 billion Chinese AI industry in a few short years, and to become the leading nation in AI by the year 2030. Other nations followed suit quickly with national AI strategies of their own – with the US trailing behind by nearly two years before developing a semblance of an AI initiative. The proposed 2021 budget for the national security budget in the US is $740 billion – with a billions of dollars being earmarked for AI specifically (learn more: US Public Sector AI Opportunity Report). AI applications play a considerable role in the direction of technology development in many defense sectors, particularly in surveillance, intelligence gathering, reconnaissance, logistics, command and control, cyberspace, and information operations – but AI's relevance for national security is just as much in it's implications for the economy as it is for defense itself. This article is based on my presentation at the UNICRI / Shanghai Institutes for International Studies event Artificial Intelligence – Reshaping National Security – held in Shanghai. While I'm not able to embed my full slide deck from that presentation publicly, I am able to share some of the key ideas from my talk – with a focus on AI job loss and defense implications.

PIM: A Novel Architecture for Coordinating Behavior of Distributed Systems

Process integrated mechanisms (PIM) offer a new approach to the problem of coordinating the activity of physically distributed systems or devices. Current approaches to coordination all have well-recognized strengths and weaknesses. We propose a novel architecture to add to the mix, called the Process Integrated Mechanism (PIM), which enjoys the advantages of having a single controlling authority while avoiding the structural difficulties that have traditionally led to its rejection in many complex settings. In many situations, PIMs improve on previous models with regard to coordination, security, ease of software development, robustness and communication overhead. In the PIM architecture, the components are conceived as parts of a single mechanism, even when they are physically separated and operate asynchronously.

Revealing the Critical Role of Human Performance in Software 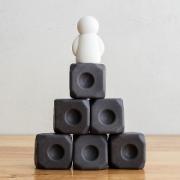 Four articles, published across the March through May issues of Communications, highlight how people are the unique source of the adaptive capacity essential to incident response in modern Internet-facing software systems. While it's reasonable for software engineering and operations communities to focus on the intricacies of technology, there is not much attention given to the intricacies of how people do their work. Ultimately, it is human performance that makes modern business-critical systems robust and resilient. As business-critical software systems become more successful, they necessarily increase in complexity. Ironically, this complexity makes these systems inherently messy so that surprising incidents are part and parcel of the capability to provide services at larger scales and speeds.13

We focus on scenarios in which multiple rational, non-communicating agents navigate in close proximity, such as unsignalized street intersections. In these situations, decentralized coordination to achieve safe and efficient motion demands nuanced implicit communication between the agents. Often, the spatial structure of such environments constrains multi-agent trajectories to belong to a finite set of modes, each corresponding to a distinct spatiotemporal topology. Our key insight is that empowering agents with a model of this structure can enable effective coordination through implicit communication, realized via intent signals encoded in agents' actions. In this paper, we do so by representing modes of joint behavior as topological braids. We design a decentralized planning framework that incorporates a mechanism for inferring the emerging braid in the decision-making process. By executing actions that minimize the uncertainty over the upcoming braid, agents converge rapidly to a consensus over a joint collision avoidance strategy despite lacking knowledge of the destinations of others and accurate models of their behaviors. We validate our approach with a case study in a four-way unsignalized intersection involving a series of challenging multi-agent scenarios. Our findings show that our model reduces frequency of collisions by at least 65% over a set of explicit trajectory prediction baselines, while maintaining comparable efficiency.

Needed: Humans To Break Artificial Intelligence Out Of Its Silo

AI is nothing without the people behind it. AI will fill many roles, but perhaps its greatest potential is in its ability to reach across or break through organizational silos. At this point, however, with most implementations in pilot stages, labs or focused on single tasks such as chatbots, AI has yet to break out of its own silo. For AI to be a truly revolutionary force across organizations, it needs to be liberated, in a very human way. That's the word from Sharmila Chatterjee and Zoran Latinovic, both with MIT, speaking in a webcast hosted by MIT Sloan Management Review.

Needed: Humans To Break Artificial Intelligence Out Of Its Silo

AI is nothing without the people behind it. AI will fill many roles, but perhaps its greatest potential is in its ability to reach across or break through organizational silos. At this point, however, with most implementations in pilot stages, labs or focused on single tasks such as chatbots, AI has yet to break out of its own silo. For AI to be a truly revolutionary force across organizations, it needs to be liberated, in a very human way. That's the word from Sharmila Chatterjee and Zoran Latinovic, both with MIT, speaking in a webcast hosted by MIT Sloan Management Review.

Too many cooks: Coordinating multi-agent collaboration through inverse planning

Collaboration requires agents to coordinate their behavior on the fly, sometimes cooperating to solve a single task together and other times dividing it up into sub-tasks to work on in parallel. Underlying the human ability to collaborate is theory-of-mind, the ability to infer the hidden mental states that drive others to act. Here, we develop Bayesian Delegation, a decentralized multi-agent learning mechanism with these abilities. Bayesian Delegation enables agents to rapidly infer the hidden intentions of others by inverse planning. These inferences enable agents to flexibly decide in the absence of communication when to cooperate on the same sub-task and when to work on different sub-tasks in parallel. We test this model in a suite of multi-agent Markov decision processes inspired by cooking problems. To succeed, agents must coordinate both their high-level plans (e.g., what sub-task they should work on) and their low-level actions (e.g., avoiding collisions). Bayesian Delegation bridges these two levels and rapidly aligns agents' beliefs about who should work on what without any communication. When agents cooperate on the same sub-task, coordinated plans emerge that enable the group of agents to achieve tasks no agent can complete on their own. Our model outperforms lesioned agents without Bayesian Delegation or without the ability to cooperate on the same sub-task.

Gartner: What supply chain managers should know about control towers

This is an opinion piece written by Christian Titze, vice president analyst at Gartner. Opinions are the author's own. Control towers are the artificial intelligence (AI) of supply chain. Everyone wants to have it, but nobody quite knows how it works. Supply chain leaders see the term in vendor presentations, usually connected with the promise that a control tower will make the supply chain better, faster and smarter.