Vehicle safety technology has come a long way since the late 1980s. Some safety features that we take for granted today, like seatbelts and airbags, were once technological innovations, that took years to become mandatory for all vehicles. The next big thing in vehicle safety today is autonomous safety vehicle technology. While there is no law that demands all cars to feature this tech, most new models include it in an effort to save lives, prevent countless injuries, and bring down crash numbers. But what are the basic features, how do they work, and how do they save lives?

How can AI help with space debris management? - Actu IA

Sputnik, in 1957, opened the way to the conquest of space. Since then, many satellites have been launched, either for scientific research like the ISS or for commercial purposes, like Quantum. Some have exploded, collided with others: objects ranging from the last stages of launchers to simple bolts are currently in orbit. The European Space Agency's (ESA) Space Debris Office at ESOC in Darmstadt, Germany, has estimated that there are a million of those measuring at least 1 cm, and that a collision with active satellites could not only cause great damage to them but also their destruction. ESA is relying on AI to prevent these risks.

A.I. Has Helped Humans Know the Family Tree of the Milky Way

Kindly give this article a like or a comment, so I know that you are still reading. I'm a big believer in A.I.'s ability to enable human civilization to become a multi-planetary species. I think artificial intelligence will be critical in enabling us to make this jump in the brief window afforded to us by time and history since the risks of human extinction will become greater in the decades and centuries ahead. I'm always searching and on the hunt for big stories in how A.I. is shaping our understanding of the world and in terms of business innovation. Sometimes however you have to look up.

Initially, autonomous vehicles were touted as a way to help seniors remain independent, even though it may not be prudent for them to drive anymore. While we're still years away from that kind of self-driving scenario, advanced driver assistance technologies have made great strides in keeping drivers safer. In fact, the Insurance Institute for Highway Safety's latest study shows advanced driver assistance technology could help cut senior driver crashes by a third. "Left-turn assist and other, upcoming intersection-assistance technologies could deliver big safety benefits for drivers in their 70s and 80s," said IIHS Research Associate Aimee Cox, who authored the study. The number of older drivers in the U.S. is growing rapidly because Americans are living longer and retaining their licenses later in life. That raises safety concerns, as drivers in their 70s and 80s are at a greater risk of certain types of crashes and more prone to severe injuries and fatalities than younger people.

Out of 392 crashes in the last year involving cars equipped with advanced driver assistance systems (ADAS), 273 involved Teslas, according to a new government report. The data, released by the National Highway Traffic Safety Administration, gives the public the clearest picture yet of the risks associated with the driver-assistance tech that is being integrated into cars. The NHTSA stressed in its report that the data is incomplete and -- for a number of reasons -- can't be used to compare automakers to one another. Jason Cipriani and Jason Perlow have tested hundreds of mobile tech gadgets, and these are the handful of devices and accessories they make sure to pack for vacations, work trips, and even daily outings. "We are seeing a never-ending parade of reports about Autopilot operating in ways that skirt our safety laws and endanger the public, from rolling through stop signs and phantom breaking," Senator Ed Markey, D-Mass., said Wednesday after the report was released.

Prism Courage, a 134,000-tonne commercial tanker, recently sailed from the Gulf of Mexico to South Korea while controlled mostly by an artificial intelligence system called HiNAS 2.0. Avikus, a subsidiary of South Korean technology giant Hyundai, recently announced that Prism Courage, a tanker designed to transport natural gas, had become the first large ship to make an ocean passage of over 10,000 km (6,210 miles) autonomously. The key to this incredible achievement was HiNAS 2.0, an AI-powered system capable of analyzing different kinds of sensor readings in real-time and responding to them swiftly, efficiently, and, most importantly, in accordance with the rules of maritime laws. Just like airplanes, ships have very advanced auto-pilots capable of keeping them on a steady course, responding to GPS waypoints and currents, and even bringing them into harbor in case the human crew is no longer present on board or capable of doing it. However, sailing autonomously for tens of thousands of kilometers through the Atlantic is a lot more complex than putting a ship on autopilot. Apart from steering the tanker in real0-time, Avikus' HiNAS 2.0 system is capable of picking the optimal routes and best speeds to reach its destination, by analyzing data collected through advanced sensors.

Dr. Sihao Solar discusses his award-winning analysis within the space of controlling the flight of a drone when confronted with a sudden rotor failure. Typical analysis on this space addressed the case the place one of many 4 rotors in a quadrotor all of a sudden, spontaneously stops working. This earlier analysis doesn't take into full account real-life eventualities the place rotor failure is frequent. This consists of collisions with different drones, partitions, birds, and working in degraded GPS environments. Dr. Sihao Solar is a postdoctoral analysis assistant on the Robotics and Notion Group (RPG) in College of Zurich directed by Prof. Davide Scaramuzza.

Moving beyond employee surveillance in transportation 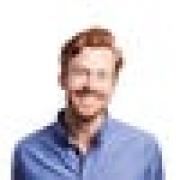 Greg Nichols covers robotics, AI, and AR/VR for ZDNet. A full-time journalist and author, he writes about tech, travel, crime, and the economy for global media outlets and reports from across the U. But when it comes to one sector, commercial driving, AI vision seems to be drastically reducing one of the most astounding examples of employee surveillance today. Literally, someone is always watching: That's the state of affairs in the commercial driving sector, where many advanced camera-based safety systems like video telematics and ADAS (Advanced Driver Assistance Systems) live stream 24-hour views into the vehicle. The predictable result is that professional drivers often have an unwelcome sense that someone is always watching.

What is autonomous AI? A guide for enterprises

We are excited to bring Transform 2022 back in-person July 19 and virtually July 20 - 28. Join AI and data leaders for insightful talks and exciting networking opportunities. Autonomous artificial intelligence is defined as routines designed to allow robots, cars, planes and other devices to execute extended sequences of maneuvers without guidance from humans. The revolution in artificial intelligence (AI) has reached a stage when current solutions can reliably complete many simple, coordinated tasks. Now the goal is to extend this capability by developing algorithms that can plan ahead and build a multistep strategy for accomplishing more. Thinking strategically requires a different approach than many successful well-known applications for AI.