Just a few months after Facebook released an on-device model capable of turning common two-dimensional photos into 3D images comes a new and improved model, produced in cooperation with Cornell Tech and Virginia Tech, that enables free-viewpoint rendering of dynamic scenes in a single video. Typical 3D reconstruction algorithms require multiple cameras to capture different viewpoints, necessitating a complicated hardware setup. Some recent video depth estimation approaches have managed to acquire consistent per-frame depth estimates from a single video using scene depth estimates and view synthesis, but the team says even with perfect depth estimates, these early-stage approaches can lead to unnatural stretches and reveal holes in disoccluded regions. The Facebook approach enables free-viewpoint rendering by learning a spatiotemporal neural irradiance field -- a challenging task given that the input video contains only one viewpoint of the scene at any given moment. For continuous representations of a scene without resolution loss, the researchers used neural implicit representations to aggregate all dynamic scene spatiotemporal aspects into a single global representation. Rather than modelling view dependency, the researchers trained the neural irradiance fields as a function of both space and time for each video.

Chinese tech giants Baidu Inc. and Huawei Technologies Co. Ltd. announced today that they're teaming up to build an open artificial intelligence ecosystem for mobile devices. The two companies said they want to create platform that fosters the development of mobile AI that "knows you better." The new ecosystem will combine Baidu Brain, which is the catch-all term for Baidu's various AI tools, with Huawei's HiAI mobile computing platform. The project will also take advantage of the AI-focused hardware components that Huawei installs in its latest smartphone models. "The future is all about smart devices that will actively serve us, not just respond to what we tell them to do," Richard Yu (pictured, right), chief executive of Huawei's Consumer Business Group, said in a statement.

Opinion/Middendorf: Artificial intelligence and the future of warfare

J. William Middendorf, who lives in Little Compton, served as Secretary of the Navy during the Ford administration. His recent book is "The Great Nightfall: How We Win the New Cold War." Thirteen days passed in October 1962 while President John F. Kennedy and his advisers perched at the edge of the nuclear abyss, pondering their response to the discovery of Russian missiles in Cuba. Today, a president may not have 13 minutes. Indeed, a president may not be involved at all. "Artificial intelligence is the future, not only for Russia, but for all humankind. It comes with colossal opportunities but also threats that are difficult to predict. Whoever becomes the leader in this sphere will become the ruler of the world."

Artificial Intelligence for the Indo-Pacific: A Blueprint for 2030 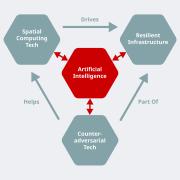 As even the most inattentive observer of contemporary international politics will attest, technological competition – mostly, but not always, between the U.S. and its allies on one hand, and China and Russia on the other – has once again risen to the fore. Analysts, so far, have approached this issue from various angles: what it means in terms of military balances, the possibility of international cooperation, what a technological edge implies for domestic policies, and so on. The outgoing Trump administration has made technological contestation with China a cornerstone of its strategic policy, emphasizing the need for the United States to maintain its edge when it comes to artificial intelligence (AI), quantum information science, and aerospace and other critical technologies, among others. Other Indo-Pacific powers, such as Australia, India, and Japan, have also joined the fray in pushing both new and emerging tech at home as well as promoting collaboration around it between "like-minded countries." In June this year, a Global Partnership on Artificial Intelligence of 14 states along with the European Union was launched, to facilitate collective AI research as well as implementation.

Bengaluru, Nov 23: Artificial intelligence (AI), Machine learning, 5G and Internet of Things (IoT) would be the most important technologies in 2021, according to a new study by the Institute of Electrical and Electronics Engineers (IEEE). The technical professional organisation on Monday released the results of a survey of Chief Information Officers (CIO) and Chief Technology Officers (CTO) in the US, the UK, China, India and Brazil. The survey was on the most important technologies for 2021, the impact of the COVID-19 pandemic on the speed of their technology adoption and the industries expected to be most impacted by technology. On which would be the most important technologies, nearly one-third of the total respondents (32 per cent) said AI and ML followed by 5G (20 per cent) and IoT (14 per cent), according to an IEEE statement. Manufacturing (19 per cent), healthcare (18 per cent), financial services (15 per cent) and education (13 per cent) are the industries that most believe would be impacted by technology, according to the CIOs and CTOs surveyed. 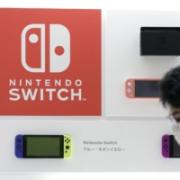 Nintendo Co. has added Sharp Corp. as an assembler of its Switch console, according to people directly involved in the matter, as it works to stabilize production and hedge against U.S.-China trade tensions. The video game giant has struggled to produce enough units for most of this year as the hit game Animal Crossing: New Horizons and stuck-at-home consumers fueled demand. While the coronavirus outbreak hurt production early on, Nintendo President Shuntaro Furukawa said this month that output has returned to normal and the Switch is now made in Malaysia, in addition to existing China and Vietnam locations. That Malaysia factory is owned by Sharp, said the people, who asked not to be identified because the information isn't public. Nintendo's main assembly partner Foxconn Technology Co., a key unit of Foxconn Technology Group, owns a Sharp stake and helped connect the two Japanese companies, they added.

A survey by U.S. consultancy Boston Consulting Group shows that 70% of young people are motivated to shop by browsing or viewing media content. As a result, content-based ads are becoming a new trend in the e-commerce marketplace. Live commerce platforms and image- and video-sharing social media are also winning the hearts of fickle consumers by stimulating consumer appetite via the content. While there is a lot of content that can be monetized on China's Twitter-like microblogging site Weibo and video-sharing platforms, existing methods like spot ads do not appeal to viewers or hamper users' viewing experience. Markable AI (mai), launched in 2016, is an artificial intelligence-based solution for content recognition technology aimed at optimizing content ads.

China has pledged to collaborate in global efforts to drive digital development and build a "shared cyberspace" community. It has underscored the importance of the internet and international cooperation, as economies worldwide look to battle the COVID-19 pandemic. Chinese President Xi Jinping said China was "ready to work with other countries" to tap the opportunities "presented by the information revolution" and drive growth through innovation as well as open up new grounds in digital cooperation. Efforts also would be made to create a new paradigm for cybersecurity and to build a community with a "shared future in cyberspace", creating a brighter future for humanity, Xi said in a letter he sent and was read at the 2020 World Internet Conference in Wuzhen, China. With China-US trade relations still tense, efforts to cut out Chinese vendors such as Huawei from 5G implementations may create separate ecosystems and consumers could lose out on benefits from the wide adoption of global standards, as demonstrated with 4G.

Chinese technicians were making final preparations Monday for a mission to bring back material from the moon's surface for the first time in more than four decades – an undertaking that could boost human understanding of the moon and of the solar system more generally. Chang'e 5 – named for the Chinese moon goddess – is the country's most ambitious lunar mission yet. If successful, it would be a major advance for China's space program, and some experts say it could pave the way for bringing samples back from Mars or even a crewed lunar mission. The China National Space Administration said in a statement that the Long March-5Y rocket began fueling up on Monday, ahead of a launch scheduled for between 3 p.m. and 4 p.m. EST Monday at the Wenchang launch center on the southern island province of Hainan. The typically secretive administration had previously only confirmed the launch would be in late November.

The robotic Chang'e 5 mission will land on the moon, gather rock samples and then blast off back to Earth - the first such mission in over 40 years. It could be a rehearsal for landing humans on the moon