The Changing Face of AI Research

However, it is by no means clear yet whether this will project as a game-changer in the world ahead. Computer programmers have been trying hard to find the right and relevant pattern in data just to be sure they become extremely good at beating multiplayer games. A whitepaper published by researchers at Facebook and Carnegie Mellon University said their software is good at embracing randomness and that it is reliable to beat humans at games. Artificial intelligence is heralded as a solution to the complex problems faced by many industries and organizations. The prime concern for businesses today is to find out how to gain better insights into harnessing big data. 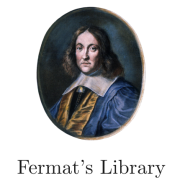 This is his seminal paper originally published in 1959 where Samuel sets out to build a program that can learn to play the game of checkers. Checkers is an extremely complex game - as a matter of fact the game has roughly 500 billion billion possible positions - that using a brute force only approach to solve it is not satisfactory. Samuel's program was based on Claude Shannon's minimax strategy to find the best move from a given current position. In this paper he describes how a machine could look ahead "by evaluating the resulting board positions much as a human player might do".

On Fox Nation's "Maria Bartiromo's Insiders", White House trade adviser Peter Navarro pointed the finger at the Federal Reserve amid concerns of a potential U.S. economic recession. "The problem here, the thing that worries me is that we've got a Federal Reserve playing checkers in a chess world," said Navarro. Despite signs of slowing U.S. job growth and global economic uncertainty, Navarro insists that the U.S. economy is "solid", and he blamed the U.S. central bank for failing to properly react to financial moves made by global actors. "In the world of central banking, the Federal Reserve has to pay very close attention to what the European Central Bank is doing and other central banks. If they lower, we have to lower otherwise we lose exports and we slow our growth," said Navarro, adding that the high cost of borrowing is damaging to the U.S. economy.

U of Alberta created the first Computing Science department in Canada in 1964. It has a long tradition of research in AI (is rated 3rd in the world in machine learning). It has also led in the development of AI for strategy games. The results can be commercialized in non-game applications as well. Among these are Checkers, Chess, Go and Poker, The evening's talks were by Jonathan Schaeffer (computer chess) and Ryan Hayward (the strategy game Hex).

This article was written in collaboration with the Kotlin team at JetBrains. At Uber, we strive to maintain a modern tech stack in all our applications. A natural progression in the Android space was to start adopting Kotlin, a modern multi-platform programming language and an increasingly popular alternative for Android development that fully interoperates with Java. However, with over 20 Android applications and more than 2,000 modules in our Android monorepo, Uber's Mobile Engineering team had to carefully evaluate the impact of adopting something as significant as a new language. The many important facets to this evaluation include developer productivity, interoperability, run and build performance overhead, developer interest, and static code analysis.

DeepMind Beats Pros at StarCraft in Another Triumph for Bots

In London last month, a team from Alphabet's UK-based artificial intelligence research unit DeepMind quietly laid a new marker in the contest between humans and computers. Thursday, it revealed the achievement, in a three-hour YouTube stream in which aliens and robots fought to the death. DeepMind's broadcast showed its artificial intelligence bot, AlphaStar, defeating a professional player at the complex real-time-strategy videogame StarCraft II. The machine-learning-powered software appeared to have discovered strategies unknown to the pros who compete for millions of dollars in prizes offered each year in one of e-sports' most lucrative games. "It was different from any StarCraft that I have played, Komincz, known professionally as MaNa, said Thursday.

Understanding the Future of Humans, AI and Quantum Computers – NextBigFuture.com

The City watchdog has urged banks to track down criminals with artificial intelligence and machine learning rather than just throwing cash at the problem to "show willing" or appear virtuous. In a message that comes a day after the foreign affairs select committee said the Government "cannot afford to turn a blind eye" to criminals using London to launder ill-gotten funds, the Financial Conduct Authority (FCA) said banks should not be afraid to try new technology. "Excessive risk aversion is not going to help us win an arms race that is so heavily rooted in automation. We need to turn technology against criminals," urged FCA executive Megan Butler. She said many banks still employ thousands of "checkers checking the checkers" to manually sift through high-risk transactions when intelligent technology could be used to spot suspicious transactions in real time instead.

How poker and other games help artificial intelligence evolve

When he was growing up in Ohio, his parents were avid card players, dealing out hands of everything from euchre to gin rummy. Meanwhile, he and his friends would tear up board games lying around the family home and combine the pieces to make their own games, with new challenges and new markers for victory. Bowling has come far from his days of playing with colourful cards and plastic dice. He has three degrees in computing science and is now a professor at the University of Alberta. But, in his heart, Bowling still loves playing games.

How poker and other games help artificial intelligence evolve

Michael Bowling has always loved games. When he was growing up in Ohio, his parents were avid card players, dealing out hands of everything from euchre to gin rummy. Meanwhile, he and his friends would tear up board games lying around the family home and combine the pieces to make their own games, with new challenges and new markers for victory. Bowling has come far from his days of playing with colourful cards and plastic dice. He has three degrees in computing science and is now a professor at the University of Alberta.