Here are some of the best online sites where you can learn to code in it. Are you ready for a major life change? Then check out these 17 self-paced course bundles and train for an exciting new career or boost the one you already have. Many of them will teach you highly portable skills so that they will be great for remote work. Just remember to give yourself an edge over any competition and create an impressive video presence, whether on the job or interviewing for one.

Shop 10 Of Our Best Educational Resources On Sale - Todayuknews

They say you should learn something new every day. A commitment to lifelong learning is a major key to entrepreneurial success. So this week, entrepreneurs should sense an opportunity. For a limited time, our course library is on sale at even bigger discounts than usual. You can get individual courses for just $15 and bundles for just $20. Check out some of the highlights below.

It's Play Time: Video Games and Peripherals Are on Sale

This year, holiday shipping timelines are going to be tighter than ever. WIRED will be covering all things Black Friday and Cyber Monday, but we're keeping our eyes peeled for early-bird discounts on the tried-and-true gear we love so that you can ensure loved one receives their gifts on time. This week, we found plenty of price drops on video games and gaming accessories. Special offer for Gear readers: Get a 1-year subscription to WIRED for $5 ($25 off). This includes unlimited access to WIRED.com and our print magazine (if you'd like).

The path to a well-paid position in the lucrative tech industry may be far easier than you think. Python, for instance, is the easiest programming language to learn; even middle-schoolers can pick it up in no time. And now anyone can train at their own pace with the very affordable Python Programming & Git Certification Bundle. Having access to the live Python lab environment will make it easy to get a lot of hands-on experience in "Python Programming for Beginners: Hands-On (Online Lab)" and "Python Object-Oriented Programming for Beginners." Follow those up with "Python Package Management & Virtual Environments" so that working with packages, and even multiple projects, will seem like a breeze.

If you're a movie lover, fan of the outdoors, or just someone with something to say, creating a film is a creative and healthy way to channel your excess energy. And now, with this bundle deal, you don't have to shell out a fortune to get the right training to make the visions in your head come to life on the screen. This Drone Videography Course Bundle includes seven courses and over 200 lessons that will teach you everything you need to know to shoot incredible aerial drone shots. Start by learning how to shoot drone footage like a pro with seven killer shot ideas and photography fundamentals, including FPS, shutter speed, ISO, and more. Learn how to fly your drone on autopilot so you can get the best shot possible.

We consider the problem of fairly allocating a set of indivisible goods to a set of strategic agents with additive valuation functions. We assume no monetary transfers and, therefore, a mechanism in our setting is an algorithm that takes as input the reported -- rather than the true -- values of the agents. Our main goal is to explore whether there exist mechanisms that have pure Nash equilibria for every instance and, at the same time, provide fairness guarantees for the allocations that correspond to these equilibria. We focus on two relaxations of envy-freeness, namely envy-freeness up to one good (EF1), and envy-freeness up to any good (EFX), and we positively answer the above question. In particular, we study two algorithms that are known to produce such allocations in the non-strategic setting: Round-Robin (EF1 allocations for any number of agents) and a cut-and-choose algorithm of Plaut and Roughgarden [SIAM Journal of Discrete Mathematics, 2020] (EFX allocations for two agents). For Round-Robin we show that all of its pure Nash equilibria induce allocations that are EF1 with respect to the underlying true values, while for the algorithm of Plaut and Roughgarden we show that the corresponding allocations not only are EFX but also satisfy maximin share fairness, something that is not true for this algorithm in the non-strategic setting! Further, we show that a weaker version of the latter result holds for any mechanism for two agents that always has pure Nash equilibria which all induce EFX allocations. 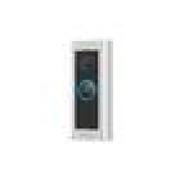 You don't need to spend a fortune on making your home office secure, and thanks to mobile technology, our options are now far beyond a locked door and window fastenings. Smart video doorbells that record both video and audio feeds in real-time when you have a visitor; motion and sound sensors that can be used in and outside, digital door locks, cameras with excellent night vision -- the range of products that leverage mobile connectivity, apps, and Internet of Things (IoT) sensors are endless and are improving every year thanks to data analytics and the cloud. That is not to say that all smart home security products are created equal, and not every home needs to have costly setups when it comes to security -- sometimes, a few select pieces can create a home ecosystem that is enough to protect your home (and office) against intruders and alert you when suspicious activity is detected. ZDNet has created a list of recommendations suiting a variety of budgets and setups to help homeowners and remote workers decide how best to protect their properties, ranging from full kits to useful window sensors and cameras suitable for use both in and outdoors. A smart video doorbell is one of those products that you didn't realize could be a great addition to daily life until you invest in one.

Over 1,600 deals on PS4 and PS5 games are up for grabs in the PlayStation Store

TL;DR: Save up to 90% on select PS4 and PS5 titles during the PlayStation Store's Games Under and PlayStation Indies sales, which both run through Sept. 1. The PlayStation Store isn't missing a beat when it comes to gaming deals this season. After wrapping up its gigantic Summer Sale this past week, Sony is now running two new promotions in its digital media shop: There's the Games Under sale, which brings dozens of AAA titles under the $20 mark, and the Playstation Indies sale, which cuts the prices of nearly 1,400 independent games to as low as 19 cents. Both sales run through Sept. 1 at 11:59 p.m. local time and feature discounts of up to 90%, so you've got plenty of opportunities to snag a new game for cheap. You can click here and here (respectively) to see each sale's full list of included games, or just keep scrolling to see our handpicked list of must-play highlights.

TL;DR: The 2021 All-in-One Computer Science Certification Bundle is on sale for £25.35 as of Aug. 16, saving you 98% on list price. To say that computer science is a lucrative career is a massive understatement. To say it's a challenging career is even more of one. The toolbox that coders must master to stay up to date with the current development landscape is growing by the day. It can be tough for a newcomer to even know how to get their foot in the door.

This video game developer bundle is on sale for under £20

TL;DR: The 2021 Premium Unity Game Developer Certification Bundle is on sale for £14.36 as of Aug. 7, saving you 99% on list price. Last year might've sucked big time, but it was actually a great year for gaming. A couple shiny new consoles came out, as well as a treasure trove of new games. Major studios had some big releases -- like Nintendo's Animal Crossing: New Horizons and Square Enix's FFVII Remake -- but the biggest standouts of the year were the indie gems. In fact, Among Us, a charming indie party game of teamwork and betrayal, ranked high on many lists as one of the best games of 2020.