The abundance of knowledge and resources can be at times overwhelming specifically when you are talking about new age technologies like Natural Language Processing or what we popularly call it as NLP. When trying to educate yourself, you should always choose resources with solid base and fresh books to impart unprecedented package of learnings. Here is the list of top books that can help you expand your NLP knowledge. One of the most widely referenced and recommended NLP books, written by Stanford University professor Dan Jurafsky and University of Colorado professor James Martin, provides a deep-dive guide on the subject of language processing. It's intended to accompany undergraduate or advanced graduate courses in Natural Language Processing or Computational Linguistics. However, it's a must-read for anyone diving into the theory and application of language processing as they grow and strengthen their analytics capabilities.

Smoke & Mirrors, book review: How to identify and filter out technology hype

Smoke & Mirrors: How Hype Obscures the Future and How To See Past It • By Gemma Milne • Little, Brown Book Group • 322 pages • ISBN 978-1-4721-4366-2 • £14.99 There was a story that made the rounds in the middle of the dot-com bust. As share prices of tech companies -- both good and bad -- cratered, someone asked a bunch of Silicon Valley types these two questions: Was the internet hyped? How many thought that in five years the internet would be bigger than it was then? Even at the time, if you were spending any time online you knew that the internet wasn't hyped -- but many internet businesses were.

The Racist Roots of New Technology

Race After Technology opens with a brief personal history set in the Crenshaw neighborhood of Los Angeles, where sociologist Ruha Benjamin spent a portion of her childhood. Recalling the time she set up shop on her grandmother's porch with a chalkboard and invited other kids to do math problems, she writes, "For the few who would come, I would hand out little slips of paper…until someone would insist that we go play tag or hide-and-seek instead. Needless to say, I didn't have that many friends!" As she gazed out the back window during car rides, she saw "boys lined up for police pat-downs," and inside the house she heard "the nonstop rumble of police helicopters overhead, so close that the roof would shake." The omnipresent surveillance continued when she visited her grandmother years later as a mother, her homecomings blighted by "the frustration of trying to keep the kids asleep with the sound and light from the helicopter piercing the window's thin pane." Benjamin's personal beginning sets the tone for her book's approach, one that focuses on how modern invasive technologies--from facial recognition software to electronic ankle monitors to the metadata of photos taken at protests--further racial inequality.

Welcome to AI book reviews, a series of posts that explore the latest literature on artificial intelligence. When discussing the threats of artificial intelligence, the first thing that comes to mind are images of Skynet, The Matrix, and the robot apocalypse. The runner up is technological unemployment, the vision of a foreseeable future in which AI algorithms take over all jobs and push humans into a struggle for meaningless survival in a world where human labor is no longer needed. Whether any or both of those threats are real is hotly debated among scientists and thought leaders. But AI algorithms also pose more imminent threats that exist today, in ways that are less conspicuous and hardly understood.

Stephen Wolfram has had the sort of career that The Big Bang Theory's Sheldon Cooper might identify with: PhD in particle physics at 20, youngest-ever MacArthur Fellow at 21. At 26, Wikipedia tells us, Richard Feynman advised him to find a way to do his research with as little contact with non-technical people as possible because he didn't understand them, and Wolfram founded a company to do the work he wanted to do. In the years since, Wolfram Research has produced the computer language Mathematica and the computational knowledge engine Wolfram Alpha (which helps Bing and Siri answer questions), done widely-cited work on cellular automata, created Wolfram Language ("a general computational language for humans and computers"), and set scientists arguing by writing his 2002 book, A New Kind of Science. In Adventures of a Computational Explorer, Wolfram has assembled rambling tales of a variety of his exploits: the progressive mathematical development of'Spikey', the company's logo; his work developing Wolfram Alpha; the art of naming functions; speculation about how quantum computing, AI, and the blockchain might usefully intersect; how to communicate generally with aliens; and the habits he has adopted to lead a productive life. Most of these pieces will have the most resonance for those working in computing.

Machine learning is an intimidating topic to tackle for the first time. The term encompasses so many fields, research topics and business use cases, that it can be difficult to even know where to start. To combat this, it's often a good idea to turn to textbooks that will introduce you to the basic principles of your new field of research. This holds true for AI and machine learning, especially if you have a background in statistics or programming. When used alongside more focused online articles like our introduction to training data, they can be an essential part of a powerful toolkit with which to learn and grow. 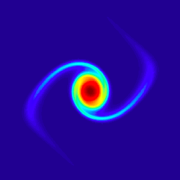 This book provides an introduction to statistical learning methods. It is aimed for upper level undergraduate students, masters students and Ph.D. students in the non-mathematical sciences. The book also contains a number of R labs with detailed explanations on how to implement the various methods in real life settings, and should be a valuable resource for a practicing data scientist.

Top Machine Learning Books Made Free Due To COVID-19

A proper grasp of statistics is essential for any machine learning enthusiast to succeed in the competitive domain. Consequently, one should focus more on statistics than on the latest fancy techniques. The book -- All of Statistics -- consists of 24 chapters and covers every topic right from probability to statistical inference and statistical models and methods.

My Shortlist of AI & ML Stuff: Books, Courses and More

This means only one thing; you need to be prepared for constant learning. With all the abundance of abstract terms and an almost infinite number of details, the AI and ML learning curve can indeed be steep for many. But, getting started with anything new is hard, isn't it? Moreover, I believe everyone can learn it if only there is a strong desire. Besides, there is an effective approach that will facilitate your learning.