Automation Isn't the Biggest Threat to US Factory Jobs

The number of American workers who quit their jobs during the pandemic--over a fifth of the workforce--may constitute one of the largest American labor movements in recent history. Workers demanded higher pay and better conditions, spurred by rising inflation and the pandemic realization that employers expected them to risk their lives for low wages, mediocre benefits, and few protections from abusive customers--often while corporate stock prices soared. At the same time, automation has become cheaper and smarter than ever. Robot adoption hit record highs in 2021. This wasn't a surprise, given prior trends in robotics, but it was likely accelerated by pandemic-related worker shortages and Covid-19 safety requirements.

The character of conflict between nations has fundamentally changed. Governments and militaries now fight on our behalf in the "gray zone," where the boundaries between peace and war are blurred. They must navigate a complex web of ambiguous and deeply interconnected challenges, ranging from political destabilization and disinformation campaigns to cyberattacks, assassinations, proxy operations, election meddling, or perhaps even human-made pandemics. Add to this list the existential threat of climate change (and its geopolitical ramifications) and it is clear that the description of what now constitutes a national security issue has broadened, each crisis straining or degrading the fabric of national resilience. Traditional analysis tools are poorly equipped to predict and respond to these blurred and intertwined threats.

Opinion: Artificial Intelligence Could Save Earth

With Earth being in the middle of climate crisis, there have been talks about the ways to save our planet over the past few years. Here a technology like Artificial Intelligence (AI) has the potential to achieve this. AI was valued at USD $62.3 billion in 2020, growing with a CAGR of 40.2 per cent it is expected to value USD $997.77 billion by 2028. This machine learning driven platform aids in identifying patterns using huge chunks of data. The respondents involved in AI projects state that in the next 3 to 5 years AI enabled medical devices are predicted to reduce average global emissions by 18.3 per cent.

Is Artificial Intelligence the Biggest Threat to Humanity? -- Sentient Machines

The creators of these films imagine a world where humans have lost control of the technology they developed and must fight for survival of the human species. It could also be suggested the writers and directors of these films are predicting a world where these things happen. After all, many notable figures in the world of tech such as Bill Gates, Elon Musk, and even Stephen Hawking have all made warnings against the potential consequences of AI. But how accurate is the silver screen's depiction and are the fears of my friend based off of these films warranted? Is AI going rogue, building a robot army and attempting to eradicate humans as likely as finding a dead body on top of a lift or being attacked by a giant shark off the Isle of Wight?

Moderna's (NASDAQ:MRNA) vaccine is successfully helping people avoid the coronavirus. The billion-dollar product has demonstrated more than 90% efficacy in adults. And new data show it's 100% effective in teens. But Moderna faces one big challenge that could wreak havoc on how well its vaccine protects the population. The vaccine has handled them so far.

Humanitarian engineering programs bring together engineers, policy makers, non-profit organisations, and local communities to leverage technology for the greater good of humanity. The intersection of technology, community, and sustainability offers a plethora of opportunities to innovate. We still live in an era where millions of people are under extreme poverty, lacking access to clean water, basic sanitation, electricity, internet, quality education, and healthcare. Clearly, we need global solutions to tackle the grandest challenges facing our planet. So how can artificial intelligence (AI) assist in addressing key humanitarian and sustainable development challenges?

Because AI is such a new topic, it has not only spurred a lot of controversies, but also speculation, skepticism, and concerns. This leads us to the most popular hypothesis, technology singularity, which is the idea that there could be a point in time at which technological growth becomes uncontrollable and irreversible, resulting in unforeseeable changes to human civilization. The singularity is expected to occur after the time when technological creations exceed the computing power of human brains. Ray Kurzweil, an inventor and futurist, predicts that based on Moore's Law [4] and the general trend of exponential growth, that the singularity will come before the mid-21' st century. More specific and more relevant than the idea of technological singularity is a theory called Intelligence Explosion, an upgradable intelligent agent that will eventually enter a runaway reaction of self-improvement cycles, resulting ina powerful superintelligence [5] that qualitatively surpasses all human intelligence.

The Future Of Machine Learning: Is Winter Coming? Build5Nines 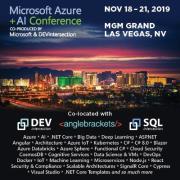 The short answer to this question is quite easy: it is practically impossible to predict the future of machine learning; one of the most dynamic, complex, and challenging fields mankind has ever created! The history of Machine Learning is tightly linked to the history of Artificial Intelligence and teaches us that its evolution was marked by ups and downs, periods of high interest and hype followed (usually in a rather unexpected way) by periods of "oblivion" – the so-called "AI winters". While its future is impossible to be accurately predicted, most of the trends and developments that have a serious impact on Machine Learning today can be identified and analyzed. One might even dare to assume these trends and developments will play a major role in shaping its future. For me, the best way to describe the future of Machine Learning is to use some of Sci-Fi cinematography's most famous words: "Clouded this boy's future is".

What are the biggest threats to humanity?

Human extinction may be the stuff of nightmares but there are many ways in which it could happen. Popular culture tends to focus on only the most spectacular possibilities: think of the hurtling asteroid of the film Armageddon or the alien invasion of Independence Day. While a dramatic end to humanity is possible, focusing on such scenarios may mean ignoring the most serious threats we face in today's world. And it could be that we are able to do something about these. In 1815 an eruption of Mount Tambora, in Indonesia, killed more than 70,000 people, while hurling volcanic ash into the upper atmosphere.

Glenn Greenwald: Amazon one of the world's biggest threats to privacy

After Amazon founder and CEO Jeff Bezos went on the offensive against the National Enquirer and its parent company AMI, saying they threatened to release intimate photos of himself and his girlfriend, Lauren Sanchez, many in the media lauded the billionaire for his stance and his defense of privacy. Some critics of Amazon, however, found the situation ironic. "I totally disapprove of what the National Enquirer did to Jeff Bezos, I do," Tucker Carlson said regarding the alleged extortion and blackmail attempt. "But, it does raise the question: What is Amazon doing to the rest of us?" "I wish we were a society that left consensual adult sex to the people engaged in them... That's all the reasons why we should value privacy," journalist Glenn Greenwald said on "Tucker Carlson Tonight" before adding that "one of the companies that poses the greatest threat to [privacy] is Amazon." Greenwald, co-founding editor of The Intercept, said Amazon's online marketplace is just a small part of the huge company's operation -- and, in fact, its primary business has contributed heavily to making America a "surveillance state."