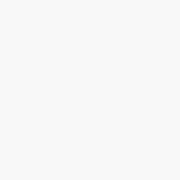 Reported by Bloomberg, Apple has acquired Vilynx Inc., a startup specializing in artificial intelligence and computer vision technology that enables video to become searchable. The Cupertino, California-based technology giant acquired Barcelona-based Vilynx Inc. earlier this year, according to people familiar with the deal. Vilynx developed technology that uses AI to analyze a video's visual, audio and text content to understand what the video shows. It used that technology to create tags for the video, making it searchable. According to the report, Apple acquired the company for around $50 million.

Apple earlier this year acquired artificial intelligence startup Vilynx with the aim of improving the Siri voice assistant built into Apple devices, reports Bloomberg. The Vilynx website is now defunct, but the company described itself as "AI for media," and it developed tools to help media companies compete against Netflix and other major media giants. Vilynx had a tool that catalogued raw video to make it searchable, providing metadata for video, text, and images. It processed video and then provided relevant content tags. The service also generated rich, motion previews of content offerings, and provided search tools for surfacing content across videos, articles, and images.

BrainChip Brings AI to the Edge and Beyond - Gestalt IT

Until now, Artificial Intelligence processing has been a centralized function. It featured massive systems with thousands of processors working in parallel. But researchers have discovered that lower-precision operations work just as well for popular applications like speech and image processing. This opens the door to a new generation of cheap and low-power machine learning chips from companies like BrainChip. Machine learning is incredibly challenging, with massive data sets and power-hungry processors.

Here's how PC vendors can compete with Apple Silicon

PC vendors kill Macs on volume, but their margins are a fraction of Apple's. Those margins mean Apple can offer excellent Mac support while spending spending billions developing game-changing features. Now that Apple is migrating to Apple Silicon Macs (ASMacs), those advantages grow. Apple's been selling as many CPUs as Intel - once the pacesetter for semiconductors - for the last several years, and now their foundry, TSMC, is two generations ahead. I just went through the decision tree myself.

Add another AI startup to Apple's growing list of 2020 acquisitions. According to Bloomberg's Mark Gurman, the company bought a firm called Vilynx earlier this year. The startup had been training an AI that could understand the content of a video by looking at its visual, audio and text cues. Vilynx used the capabilities of its technology to create tags that made videos more searchable. Apple reportedly paid 50 million to acquire the startup.

The US has a good record on fighting monopolies. Now it's Google's turn

Sundar Pichai, chief executive of Alphabet, Google's parent company, is a mild-mannered software engineer who is not good at games of verbal fisticuffs with US politicians. He received a drubbing last month during the "big tech" congressional hearing. Pichai can, however, summon lawyers and lobbyists galore as soon as the game gets more serious, which it definitely has. The US Department of Justice (DoJ) last week launched a huge and historic antitrust case against Google, accusing the tech company of abusing its position to maintain an illegal monopoly over internet searches and search advertising. In response, Kent Walker, Google's chief lawyer, published an indignant blogpost that signalled how the firm will fight this.

Amazon's new Echo speakers sound better, but do you need to upgrade?

Amazon has new Echo speakers to sell you. And if you're wondering whether or not to ditch the old ones for these, the answer comes down to two key questions for Alexa, the personal assistant. Do I prefer the looks of a round speaker over a cylinder? Do I crave better sound? This year Amazon is all about being spherical, in the shape of its "The Spheres" corporate headquarters in Seattle.

It's been over five years since the first Amazon Echo arrived, showing people how useful a virtual assistant in your home could be. Amazon has added tons of new features to Alexa, its virtual assistant, over those years -- and as such, new Echo hardware isn't quite as exciting. Of course, that hasn't stopped Amazon from updating its devices on a more-or-less annual basis, as well as launching tons of Echo variants. Last year's Echo was one of the best smart speakers we'd used, adding the improved speakers first found in 2018's $150 Echo Plus at a lower $100 price point. This year, however, Amazon has made some of the most significant hardware updates to the Echo yet, including a fresh design and some high-end features brought over from the more expensive Echo Plus. Even so, Amazon's pedigree in the category might give it the advantage here.

Apple has rolled out HomePod Software 14.1, adding intercom functionality and a handful of other updates to its devices a month before the launch of the HomePod Mini. The 14.1 update allows the speakers to work as an intercom system, sending announcements to other HomePods in the house. Messages can be sent to specific rooms or zones on your network. Today's update also brings new Siri features to HomePod, including the ability to stop alarms, timers and media across devices. Siri suggestions will now appear in Maps after asking HomePod about a location, and search results can be sent from the HomePod to your iPhone. Podcasts are getting voice recognition support for multiple users as well.