HAMILTON, ON (November 25, 2021) – Each year, sepsis affects more than 30 million people worldwide, causing an estimated six million deaths. Sepsis is the body's extreme response to an infection and is often life-threatening. Since every hour of delayed treatment can increase the odds of death by four to eight per cent, timely and accurate predictions of sepsis are crucial to reduce morbidity and mortality. To that end, various health care organizations have deployed predictive analytics to help identify patients with sepsis by using electronic medical record (EMR) data. An international research team, including data scientists, physicians, and engineers from McMaster University and St. Joseph's Healthcare Hamilton, have created an Artificial Intelligence (AI) predictive algorithm that greatly improves the timeliness and accuracy of data-driven sepsis predictions. 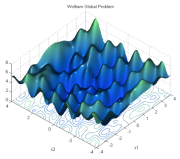 Readers of this blog already know what loss functions are in AI but for people starting into the field let me define it again. The loss function is a mathematical equation that all the deep learning algorithm tries to minimize or optimize. As we all know that Deep learning takes an iterative process to learn things, in every step, it calculates some metric that tells it how close it is to the original label and based upon that it optimizes its parameters. So the metrics that we minimize or optimize are called loss functions. There are a lot of famous loss functions like Mean square error, categorical cross-entropy, Dice loss, and many more.

In the previous post we have seen how to build one Shallow Neural Network and tested it on a dataset of random points. In this post we will demonstrate how to build efficient Neural Networks using the nn module. That means that we are going to use a fully-connected ReLU network with one hidden layer, trained to predict the output \(y \) from given \(x \) by minimizing squared Euclidean distance. You will find that simpler and powerful. For demonstration purposes we will use the MNIST dataset.

Researchers in the US have used machine learning techniques to study the GDPR privacy policies of over a thousand representative websites based in the EU. They found that 97% of the sites studied failed to comply with at least one requirement of the European Union's 2018 regulatory framework, and that they complied least of all with regulatory requirements around the practice of'user profiling'. '[Since] the privacy policy is the essential communication channel for users to understand and control their privacy, many companies updated their privacy policies after GDPR was enforced. However, most privacy policies are verbose, full of jargon, and vaguely describe companies' data practices and users' rights. Therefore, it is unclear if they comply with GDPR.' 'Our results show that even after GDPR went into effect, 97% of websites still fail to comply with at least one requirement of GDPR.'

Artificial intelligence is a hot topic in almost every industry right now, and healthcare is no exception. The big data revolution has transformed manufacturing supply chains, retail advertising and customer service. However, transforming healthcare with AI is a very different and exponentially more difficult challenge. In this article, I'll explain a few reasons why AI in healthcare poses a steeper climb, as well as the potential opportunities that make it worth working toward. Designing and implementing AI tools in healthcare is fundamentally different from using machine learning or big data in other industries.

The use of machine learning techniques in biomedical research has exploded over the past few years, as exemplified by the dramatic increase in the number of journal articles indexed on PubMed by the term "machine learning", from 3,200 in 2015 to over 18,000 in 2020. While substantial scientific advancements have been made possible thanks to machine learning, the inner working of most machine learning algorithms remains foreign to many clinicians, most of whom are quite familiar with traditional statistical methods but have little formal training on advanced computer algorithms. Unfortunately, journal reviewers and editors are sometimes content with accepting machine learning as a black box operation and fail to analyze the results produced by machine learning models with the same level of scrutiny that is applied to other clinical and basic science research. The goal of this journal club is to help readers develop the knowledge and skills necessary to digest and critique biomedical journal articles involving the use of machine learning techniques. It is hard for a reviewer to know what questions to ask if he/she does not understand how these algorithms work.

As vaccine production & procurement processes are ramping up, the distribution of vaccines is a thing of concern. As large amount vaccine units roll out, the first step is strategic & wise distribution among regions, considering conducive & causative factors raising the urgency of requirements. For this, organizations & governments may look upon the predictive suggestions [1] backed by data to chart out further plans. Many countries, particularly those in the developing world, where governments are struggling to procure vaccines to vaccinate their residents. One of the decisions to be taken strategically is the wise & calculated distribution of the vaccine received. Although few countries are actively trying to increase vaccination rates, the overall 56% world population is yet to take their first vaccine dose.

Artificial intelligence (AI) has potential to play a pivotal role in many areas of medicine. In particular, the use of deep learning to analyse medical images and improve the accuracy of disease diagnosis is a rapidly growing area of interest. But AI is not perfect. A new study has revealed that radiograph labels can confuse AI networks and limit their clinical utility. The problem arises due to a phenomenon called hidden stratification, in which convolutional neural networks (CNN) trained to analyse medical images learn to classify the image based on diagnostically irrelevant features.

The architecture of the network is surprisingly simple! It takes N points as an unordered set of 3D points. It applies some transformations to make sure that the order of the points would not matter. And then, those points are passed through a series of MLPs (multi-layer perceptrons) and max pooling layers to get global features at the end. For classification, these features are then fed to another MLP to get K outputs representing K classes.

Predictive machine-learning models based on neural networks are extremely powerful when judging large data sets. But understanding them is notoriously difficult. Neural networks are trained using labeled data sets. How well they perform is validated using a labeled test set. This is where model accuracy, confusion matrices, ROCs, etc. come in handy.