Being able to reproduce research is a key aspect of creating knowledge. If a study can be reproduced by another lab then the validity of the findings are confirmed. This is particularly important in AI research with questions around explainable and trustworthy AI. There are a number of different ways to refer to reproducibility, in this piece we are actually referring to replicability using the standard ACM definition. It refers to research that reuses the data and/or analysis to hopefully get the same results.

This is the first presidential address of AAAI, the American Association for Artificial Intelligence. In the grand scheme of history of artificial intelligence (AI), this is surely a minor event. The field this scientific society represents has been thriving for quite some time. No doubt the society itself will make solid contributions to the health of our field. But it is too much to expect a presidential address to have a major impact.

Make a million dollars via AI that benefits humanity. You might not realize that you are already sitting on a million dollars and merely need to embark on a relatively modest effort to turn the hidden treasure trove into an in-your-hands pile of cash. And at the same time be benefiting humanity. Well, in the second part, benefiting humanity, it's a core requirement to get the money and likely will be immediately followed by fame and acclaim if you like that kind of thing. There is a contest underway that promises a prize of $1,000,000 to someone or some entity that has managed to innovatively perform an outstandingly good deed with AI that demonstrably benefits humanity. 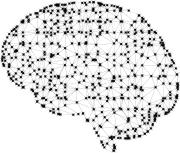 When Dan Lopresti and his colleagues talk about the future of artificial intelligence (AI) during their upcoming panel at the annual meeting of the American Association for the Advancement of Science (AAAS), be prepared to imagine a better world. In this world, the full potential of AI is unleashed to benefit society: health care is personalized and accessible through a friendly robot companion; education is customized to offer individualized plans for retraining and skills-building; and, businesses, large and small, operate with previously unheard-of efficiency and provide a level of customer service that can only be dreamed of today. "The question is what are we going to see over the next ten or twenty years break loose as a result of the research, which is assuming the research gets done because of investments made," says Lopresti, a professor of computer science and engineering at Lehigh University. Lopresti is also the incoming Vice Chair of the Computing Community Consortium (CCC) Council which, along with the Association for the Advancement of Artificial Intelligence (AAAI), spearheaded the creation of "A Twenty-Year Community Roadmap for Artificial Intelligence Research in the U.S." Lopresti will participate in a panel with the authors of the Roadmap and leaders of the initiative that led to it, Yolanda Gil (University of Southern California and President of AAAI) and Bart Selman (Cornell University and President-Elect of AAAI), on Saturday, February 15th at the AAAS annual meeting in Seattle. The Roadmap lays out a case for the best use of resources to fulfill the promise of AI to benefit society.

Qiang Yang, a professor at the Hong Kong University of Science and Technology, was looking forward to AAAI, one of the big artificial intelligence conferences, which takes place in New York this week. Yang was due to present an award-winning paper describing a way for an AI algorithm to perform image recognition by drawing from different datasets without ever revealing their contents. He decided to cancel his trip due to the global health emergency triggered by the coronavirus in China. Yang estimates that around 800 attendees from mainland China, about a fifth of the 4,000 registered for the conference, will miss the event due to a travel ban imposed by the US on Monday. "It's a big pity," Yang says via WeChat from his home in Hong Kong.

Association for the Advancement of Artificial Intelligence

Founded in 1979, the Association for the Advancement of Artificial Intelligence (AAAI) (formerly the American Association for Artificial Intelligence) is a nonprofit scientific society devoted to advancing the scientific understanding of the mechanisms underlying thought and intelligent behavior and their embodiment in machines. AAAI aims to promote research in, and responsible use of, artificial intelligence. AAAI also aims to increase public understanding of artificial intelligence, improve the teaching and training of AI practitioners, and provide guidance for research planners and funders concerning the importance and potential of current AI developments and future directions. Major AAAI activities include organizing and sponsoring conferences, symposia, and workshops, publishing a quarterly magazine for all members, publishing books, proceedings, and reports, and awarding grants, scholarships, and other honors. The award will be sponsored by Squirrel AI Learning as part of its mission to promote the use of artificial intelligence with lasting positive effects for society.

All persons, organizations and entities that attend AAAI conferences and events are subject to the standards of conduct set forth on the AAAI Code of Conduct for Events and Conferences. The Association for the Advancement of Artificial Intelligence is pleased to present the 2019 Fall Symposium Series, to be held Thursday through Saturday, November 7–9 at the Westin Arlington Gateway in Arlington, Virginia adjacent to Washington, DC. An informal reception will be held on Thursday, November 7. A general plenary session, in which the highlights of each symposium will be presented, will be held on Friday, November 8. For further information, please contact: AAAI Fall Symposium Series 2275 East Bayshore Road, Suite 160 Palo Alto, California 94303 650-328-3123 650-321-4457 (fax) fss19@aaai.org The 2019 Plenary Session, to be held November 8 at 6:00 PM, will have a modified format this year.

Abstract: After more than 30 years in academia researching in the area of AI, as a student and as a faculty, I joined JPMorgan to create and head an AI research group. In this talk, I will present several concrete examples of the projects we are pursuing in engagement with the lines of business. I will focus on areas related to data, learning from experience, explainability, and ethics. I will conclude with a discussion of my current understanding of the transformational impact that AI can have in the future of financial services. Bio: Manuela M. Veloso is the Head of J.P. Morgan AI Research, which pursues fundamental research in areas of core relevance to financial services, including data mining and cryptography, machine learning, explainability, and human-AI interaction. 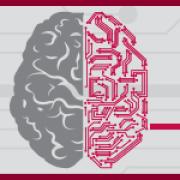 In fall 2018, the Computing Community Consortium (CCC) initiated an effort to create a 20-Year Roadmap for Artificial Intelligence, led by Yolanda Gil (University of Southern California and President of AAAI) and Bart Selman (Cornell University and President-Elect of AAAI). The goal of the initiative was to identify challenges, opportunities, and pitfalls in the AI landscape, and to create a compelling report to inform future decisions, policies, and investments in this area. The Roadmap was based on broad community input gathered via a number of forums and communication channels: three topical workshops during the fall and winter of 2018/2019, a Town Hall at the annual meeting of the AAAI, and feedback from other groups of stakeholders in industry, government, academia, and the agencies. A draft of the Roadmap was made available on May 13, 2019 for comment by the computing research community. Following the comment period and further revision, the final version was released on August 6, 2019.

AI Magazine is an official publication of the Association for the Advancement of Artificial Intelligence (AAAI). It is published four times each year in fall, winter, spring, and summer issues, and is sent to all members of the Association and subscribed to by most research libraries. Back issues are available on-line (issues less than 18 months old are only available to AAAI members). The purpose of AI Magazine is to disseminate timely and informative expository articles that represent the current state of the art in AI and to keep its readers posted on AAAI-related matters. The articles are selected for appeal to readers engaged in research and applications across the broad spectrum of AI.