Google is set to unveil how it plans to rival the wildly successful ChatGPT AI, possibly within days. The technology giant has scheduled a 40-minute event for Wednesday 8 February, when it will reveal how it is "reimagining how people search for, explore and interact with information". It's not clear whether the event will be AI-focused, but it comes days comes after Google's chief Sundar Pichai announced that the firm will make its chatbot technology available publicly in the coming weeks. Speaking on a call with investors in parent company Alphabet on Thursday, Mr Pichai said people will be able to "engage directly" with Google's conversational AI - starting with one called LaMDA, which has been in testing. Google has reportedly been fast-tracking its plans for so-called large language models since ChatGPT's launch. ChatGPT itself is one such model - an AI chatbot trained on a huge amount of text data, which

Why Every Small Business Should Use an AI Blog Writer?

Marketing is an important aspect that should not be overlooked when it comes to getting more visibility for your business. Blog is the best way to create a recognizable brand in today's competitive landscape. Therefore, leveraging content marketing strategies can be a great way to establish your business and give you an edge over competitors. Publishing blog posts is a great way to increase the topical authority of your website and have Google better understand your business. It will result in a higher ranking on search engine results pages (SERPs), making it easier for potential customers to discover and convert to your products or services. 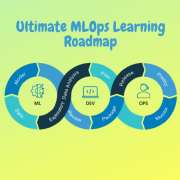 Kubernetes: This open-source system allows you to automate the deployment, scaling, and management of containerized applications. It can be particularly useful for managing machine learning workflows, as it allows you to easily scale up or down as needed. Docker: It is a tool designed to make it easier to create, deploy, and run applications by using containers. Containers allow you to package an application with all of the parts it needs, such as libraries and other dependencies, and ship it all out as one package. This makes it easier to run the application on any other machine because everything it needs is contained in the package.

Open-source, self-hosted, easy-to-configure tool to improve ML models in production. UpTrain is an open-source, data-secure tool for ML practitioners to observe and refine their ML models by monitoring their performance, checking for (data) distribution shifts, and collecting edge cases to retrain them upon. It integrates seamlessly with your existing production pipelines and takes minutes to get started . For more info, visit our get started guide. Machine learning (ML) models are widely used to make critical business decisions.

The world's most famous chatbot, ChatGPT, was released in late November of last year. The immediate response was astonishment, followed almost immediately by terror about its ramifications -- most notably that it might generate school essays for dishonest kids. Yesterday, almost exactly two months later, OpenAI, ChatGPT's parent company released what many users hope will be the antidote to the poison. OpenAI's "classifier for indicating AI-written text" is the company's latest invention, and it's as easy-to-use as one could want: Copy-paste text into the box, click "Submit," and get your result. But if you're expecting a straight answer, you're going to be disappointed.

The course begins with a discussion about data: how to improve data quality and perform exploratory data analysis. We describe Vertex AI AutoML and how to build, train, and deploy an ML model without writing a single line of code. You will understand the benefits of Big Query ML. We then discuss how to optimize a machine learning (ML) model and how generalization and sampling can help assess the quality of ML models for custom training.

Looking for the best tools to review your code? Check out this in-depth guide on the best code review tools to use in your development in your workflow.