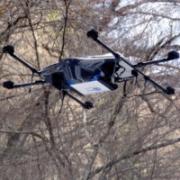 Telecommunications company KDDI, map-maker Zenrin and others in Japan launched a drone delivery service using U.S. aerospace company SpaceX's Starlink satellite internet access service in Chichibu, a mountainous city in Saitama Prefecture, on Thursday. By connecting a drone to the Starlink service that provides a stable communication environment even in mountain areas, the new delivery service allows residents in a district of Chichibu affected by a road closure following a mudslide in September last year to receive food and other supplies on a regular basis. According to KDDI, it is the first time that a regular drone delivery service using the Starlink service by SpaceX, officially called Space Exploration Technologies, has been launched in Japan. This could be due to a conflict with your ad-blocking or security software. Please add japantimes.co.jp and piano.io to your list of allowed sites.

U.S. wobbles under burden of keeping too many classified secrets 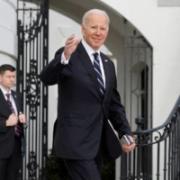 The discovery of classified documents at the homes of Donald Trump, Joe Biden and Mike Pence has rekindled a debate about an old habit of the U.S. government -- slapping millions of documents every year with labels of "secret," "top secret" and other confidential designations. Nuclear secrets, names of spies, diplomatic cables: governments everywhere carefully protect information that could compromise security, names of agents or relations with other nations. But in the United States, the machinery of secrecy works overtime. Every year, some 50 million decisions are made on whether to mark government documents as "confidential," "secret" or "top secret," according to several experts. However, "an awful lot of classified documents are not that sensitive," said Bruce Riedel, a former CIA officer currently at the Brookings Institution think tank. 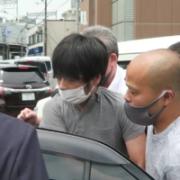 Japan's internet watchdog can request instructional posts related to murder, guns and explosives be removed from March, police said Thursday, as authorities respond to former Prime Minister Shinzo Abe's suspected killer using information found online to build weapons. The National Police Agency said by adding to the types of content that can be requested for removal by internet service providers, it aims to prevent crimes before they occur. To strengthen its online surveillance, the agency said it will also consider using artificial intelligence to analyze social media posts. This could be due to a conflict with your ad-blocking or security software. Please add japantimes.co.jp and piano.io to your list of allowed sites. 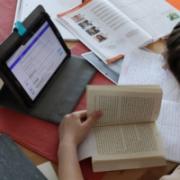 Melbourne – Visually impaired student Adam Whitehead has long relied on a computer and assistive technology to help him read course materials and take exams at the University of Melbourne in Australia. He has watched with concern as universities in Australia and beyond move to crack down on ChatGPT -- a free program that generates original text about virtually any subject in response to a prompt -- over fears of cheating. As the chatbot stirs debate over the use of technology and artificial intelligence (AI) in education, disabled students and educators have said the benefits should not be overlooked in a rush to regulate. This could be due to a conflict with your ad-blocking or security software. Please add japantimes.co.jp and piano.io to your list of allowed sites. 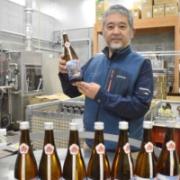 Suzuki Shuzoten, a sake brewery in Namie, Fukushima Prefecture, a town devastated by the 2011 Great East Japan Earthquake and tsunami, has created sake that matches different fish species caught off the coast of the prefecture by using artificial intelligence. The pairing of sake and certain fish species with different tastes can be enhanced by analyzing them with special sensors, the brewery claims. While concerns are growing over possible stigmatization of the region's seafood products after the government decided to release treated radioactive water from the nearby Fukushima No. 1 nuclear power plant into the sea, Suzuki Shuzoten President Daisuke Suzuki, 49, said, "I want to support the fisheries industry by further promoting the attractiveness of marine products caught in the area." This could be due to a conflict with your ad-blocking or security software. Please add japantimes.co.jp and piano.io to your list of allowed sites. 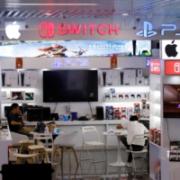 HONG KONG – China's end to a sweeping crackdown on its video games market is expected to breathe life back into the battered industry this year, but remaining restrictions on some content and economic headwinds will limit the extent of the recovery. Beijing's tough curbs in 2021 laid waste to the once-booming industry, shaving over half of the market value of sector leaders like Tencent Holdings and NetEase and shrinking the world's biggest gaming market for the first time. Shares of Tencent and NetEase have risen in recent weeks after China's video games regulator granted the first gaming licences in 2023, the latest sign that the clampdown is ending. This could be due to a conflict with your ad-blocking or security software. Please add japantimes.co.jp and piano.io to your list of allowed sites. 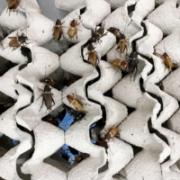 Telecommunications giant Nippon Telegraph and Telephone East said Thursday it will trial the farming of edible crickets using artificial intelligence and other advanced technologies in collaboration with a firm that manufactures products containing the insects. The trial, set to begin this month in cooperation with cricket product venture Gryllus, will take place at an NTT East testing facility in western Tokyo to address global food shortages amid predictions by the United Nations that the human population will reach 9.7 billion by 2050. The project will utilize technologies aimed at reducing the need for manual operations, such as sensors that will optimize temperature and humidity to provide suitable conditions for the crickets to grow and AI screens that will monitor their health and check for abnormalities. This could be due to a conflict with your ad-blocking or security software. Please add japantimes.co.jp and piano.io to your list of allowed sites.

Alarmed by AI chatbots, universities start revamping how they teach 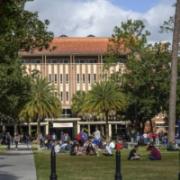 While grading essays for his world religions course last month, Antony Aumann, a professor of philosophy at Northern Michigan University, read what he said was easily "the best paper in the class." It explored the morality of burqa bans with clean paragraphs, fitting examples and rigorous arguments. A red flag instantly went up. Aumann confronted his student over whether he had written the essay himself. The student confessed to using ChatGPT, a chatbot that delivers information, explains concepts and generates ideas in simple sentences -- and, in this case, had written the paper. 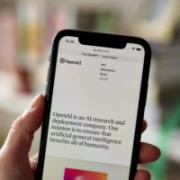 Paris – The hottest startup in Silicon Valley right now is OpenAI, the Microsoft-backed developer of ChatGPT, a much-hyped chatbot that can write a poem, college essay or even a line of software code. Tesla tycoon Elon Musk was an early investor in OpenAI and Microsoft is reported to be in talks to up an initial investment of between $1 billion and $10 billion in a goal to challenge Google's world-dominating search engine. If agreed, the cash injection by the Windows-maker would value OpenAI at a whopping $29 billion, making it a rare tech-world success at a time when major players such as Amazon, Meta and Twitter are cutting costs and laying off staff. This could be due to a conflict with your ad-blocking or security software. Please add japantimes.co.jp and piano.io to your list of allowed sites. 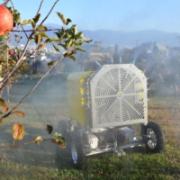 From robots to artificial intelligence and blockchain-based marketing, technological innovation is increasingly being harnessed in Japan to improve farming methods and create a more sustainable industry. Among those embracing the digital trend is Metagri-Labo, a community launched in March 2022 that aims to merge agriculture and blockchain technology to increase farming revenues while revitalizing regional areas. The group is working to make decentralized finance -- an umbrella term used to describe peer-to-peer financial interactions using smart contracts -- a reality in the agricultural industry by 2024 with the launch of its first non-fungible token project in partnership with farmers in April 2022. This could be due to a conflict with your ad-blocking or security software. Please add japantimes.co.jp and piano.io to your list of allowed sites.