China doubles down on COVID-zero strategy

An expansive compound of buildings covering the equivalent of 46 football pitches was recently erected on the outskirts of Guangzhou, China's bustling southern metropolis. The sprawling complex of three-storey buildings contains some 5,000 rooms and is the first of what is expected to be a chain of quarantine centres built by the Chinese government to house people arriving from overseas as it forges ahead with its zero-tolerance approach to COVID. The compound is equipped with "5G communication technology and artificial intelligence" infrastructure, and each room, which can host only one person at a time, has cameras at its door and a robot delivery system to "minimise human contact and the risk of cross-infection", according to the introduction to the centre put out by the Guangzhou government. It took the construction team less than three months to finish the project – in an echo of the Huoshenshan and Leishenshan temporary hospitals that were built in record time in the central city of Wuhan as COVID-19 took hold in early 2020. But while those hospitals were greeted with relief, the appearance of the quarantine centre nearly two years after the trauma of Wuhan has left some wondering why China is not relaxing its virus strategy now that the vast majority of its one billion people have been fully vaccinated. They're building more facilities but there is no indication the authorities plan to ease the restrictions that have effectively ended international travel for people in China.

Israel is holding its largest-ever air force exercise this week with the participation of several countries including the United Arab Emirates, with whom it normalised ties last year. Amir Lazar, chief of Israeli air force operations, told reporters at the southern Ovda airbase the drills "don't focus on Iran", but army officials have said Iran remains Israel's top strategic threat and at the centre of much of its military planning. Israel has held the so-called "Blue Flag" exercises every two years since 2013 in the Negev desert to synchronise different types of aircraft, piloted by different countries to counter armed drones and other threats. With more than 70 fighter jets and some 1,500 personnel participating, this year's drills are the largest-ever held in Israel, Lazar said. Among the nations taking part are France, the United States and Germany, as well as the United Kingdom, whose aircraft flew over Israeli territory for the first time since the Jewish state's creation in 1948. 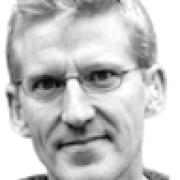 American journalist Spencer Ackerman, in collaboration with documentary filmmaker Laura Poitras, just released a document related to the US drone operations leaked by National Security Agency whistleblower, Edward Snowden. The document is an article on Intellipedia, a secretive US data site where the US intelligence agencies share the material they mine on us all across the world. Titled "Targeted Killing: Policy, Legal and Ethical Controversy", the entry reflects Intellipedia's take on the work of many human rights defenders and organisations – including my own – to stop the CIA drone war across the world. Because of my human rights work, I have always assumed that I was being tracked by security agencies. Indeed, when I write an email to my wife, I sometimes add an ironic post-script to their agents apologising for being boring.

The US military has killed senior al Qaeda leader Abdul Hamid al-Matar in a drone strike in Syria, a US Central Command spokesman said. "The removal of this al Qaeda senior leader will disrupt the terrorist organisation's ability to further plot and carry out global attacks threatening US citizens, our partners, and innocent civilians," US Army Major John Rigsbee said in a written statement late on Friday. The strike comes two days after a US outpost in southern Syria was attacked. Rigsbee did not say if the US drone strike was carried out in retaliation of the attack.

Tesla Inc. shares rallied to a record high on Friday, taking the electric-vehicle maker another step closer to joining an elite group of companies with market valuations of at least $1 trillion. The stock jumped as much as 1.8% to touch a high of $910, before closing at $909.68 in New York. That drove the Elon Musk-led automaker to briefly overtake the valuation of Facebook Inc. The trailblazing electric-vehicle maker is up 29% this year, ahead of S&P 500 Index's 21% advance. Meanwhile, Facebook took a heavy hit on Friday after a cautious outlook from Snapchat parent Snap Inc. weighed on the shares of ad-dependent technology companies.

United States officials issued new warnings Friday about China's ambitions in artificial intelligence and a range of advanced technologies that could eventually give Beijing a decisive military edge and possible dominance over healthcare and other essential sectors in the US. The warnings include a renewed effort to inform business executives, academics and local and state government officials about the risks of accepting Chinese investment or expertise in key industries, officials at the National Counterintelligence and Security Center said. While the centre does not intend to tell officials to reject Chinese investment, it will encourage efforts to control intellectual property and implement security measures. National security agencies under President Joe Biden's administration are making an aggressive public push against China, which some officials have called the greatest strategic threat to the US. The Biden administration has simultaneously tried to ease some tensions with Beijing that date from the administration of former US President Donald Trump and seek common ground on trade and climate change.

NATO defence ministers have agreed upon a new master plan to defend against any potential Russian attack on multiple fronts, reaffirming the alliance's core goal of deterring Moscow despite a growing focus on China. The confidential strategy aims to prepare for any simultaneous attack in the Baltic and Black Sea regions that could include nuclear weapons, hacking of computer networks and assaults from space. "We continue to strengthen our alliance with better and modernised plans," NATO Secretary General Jens Stoltenberg said after the meeting on Thursday, which also agreed a $1bn fund to provide seed financing to develop new digital technologies. Officials stressed that they do not believe any Russian attack is imminent. Moscow has denied any aggressive intentions and said it is NATO that risks destabilising Europe with such preparations.

US offers to pay families of Afghans killed in drone attack

The Pentagon has offered unspecified condolence payments to the family of 10 civilians who were killed in a botched US drone attack in Afghanistan in August during the final days before American troops withdrew from the country. The US Department of Defense said it made a commitment that included offering "ex-gratia condolence payments", in addition to working with the US Department of State in support of the family members who were interested in relocation to the United States. Colin Kahl, the US under-secretary of defense for policy, held a virtual meeting on Thursday with Steven Kwon, the founder and president of Nutrition & Education International, the aid organisation that employed Zemari Ahmadi, who was killed in the August 29 drone attack, Pentagon press secretary John Kirby said late on Friday. Ahmadi and others who were killed in the drone raid were innocent victims who bore no blame and were not affiliated with Islamic State in Khorasan Province, ISKP (ISIS-K) or threats to US forces, Kirby said. The drone raid in Kabul killed as many as 10 civilians, including seven children.

Climate change could already be affecting 85 percent of the world's population, an analysis of tens of thousands of scientific studies has found. The analysis, released on Monday, was carried out by a team of researchers that used machine learning to comb through vast troves of research published between 1951 and 2018 and found some 100,000 papers that potentially documented evidence of climate change's effects on the Earth's systems. "We have overwhelming evidence that climate change is affecting all continents, all systems," study author Max Callaghan told the AFP news agency in an interview. He added there was a "huge amount of evidence" showing the ways in which these effects are being felt. The researchers taught a computer to identify climate-relevant studies, generating a list of papers on topics from disrupted butterfly migration to heat-related human deaths to forestry cover changes.