With the current pandemic accelerating the revolution of AI in healthcare, where is the industry heading in the next 5-10 years? What are the key challenges and most exciting opportunities? To answer those questions, DeepLearning.AI and Stanford Institute for Human-Centered Artificial Intelligence (HAI) are proud to present our virtual event, Healthcare's AI Future: A Conversation with Fei-Fei Li & Andrew Ng, at 10am PT on April 29. What's special about this event is that you get to decide what our speakers talk about. If you'd like to submit and upvote questions for our speakers, please sign up for the Q&A General access ticket.

spaCy is a modern Python library for industrial-strength Natural Language Processing. In this free and interactive online course, you'll learn how to use spaCy to build advanced natural language understanding systems, using both rule-based and machine learning approaches. 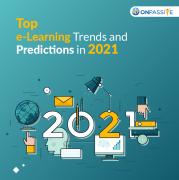 With COVID-19 taking hold over the world, it compelled associations worldwide to reevaluate how they conduct business, train, and prepare their employees to address the disruption and business elements' difficulties. How are associations preparing for the coming year in reskilling and upskilling their employees? The pandemic has made unprecedented difficulties that have constrained organizations to search for alternative work types like work from home or remote working and carry virtual training to the front. Prior virtual training was utilized uniquely for the remote workforce or individuals spread across geographies. Working from home is the new normal at this point.

The precision and promise of a data-driven society has stumbled these past years, serving up some disturbing--even damning--results: facial recognition software that can't recognize Black faces, human resource software that rejects women's job applications, talking computers that spit racist vitriol. "Those who don't learn history are doomed to repeat it," George Santayana said. But most artificial intelligence applications and data-driven tools learn history aplenty--they just don't avoid its pitfalls. Instead, though touted as a step toward the future, these systems generally learn the past in order to replicate it in the present, repeating historical failures with ruthless, and mindless, efficiency. As Joy Buolamwini says, when it comes to algorithmic decision-making, "data is destiny."

Are you looking to land a top-paying job in Data Science? Or are you a seasoned AI practitioner who want to take your career to the next level? Or are you an aspiring data scientist who wants to get Hands-on Data Science and Artificial Intelligence? If the answer is yes to any of these questions, then this course is for you! Data Science is one of the hottest tech fields to be in right now! The field is exploding with opportunities and career prospects.

A robot from the Artificial Intelligence and Intelligent Systems (AIIS) laboratory of Italy's ... [ ] National Interuniversity Consortium for Computer Science (CINI) is displayed at the 7th edition of the Maker Faire 2019, the greatest European event on innovation, on October 18, 2019 in Rome. The enormous leaps in technology and HR have created many opportunities for companies to rethink how they address processes around human resources. The potential for efficiency and speed is unlike anything considered, and at a time when there is more choice than ever to draw talent from a global pool. Still, there is a greater need to ensure successful recruitment and retention. As organizations grapple with moving towards the next normal after successive lockdowns, they also need to continue a proactive approach to handling diversity challenges in the workplace.

Master Git and GitHub with this $25 e-learning bundle

Git and Github represent two of the most useful tools available to programmers: one for documenting and saving your work and the other for getting feedback, learning from peers and marketing yourself. If you're studying to become a coder, The Complete Git & GitHub for Beginners Bootcamp Bundle -- on sale now for $25 -- will teach you the ins and outs of these essential tools. Students will learn the daily workflow that developers use and how to create and use a remote repository on GitHub. After completing this course, you will know how to stage, commit and push files to GitHub, another essential skill that companies will expect you to know but may not teach because it is accepted as common knowledge. Git Essentials is taught by Kalob Taulien, a professional web developer who has been developing websites for 22 years.

Data scientist is one of the best suited professions to thrive this century. It is digital, programming-oriented, and analytical. Therefore, it comes as no surprise that the demand for data scientists has been surging in the job marketplace. However, supply has been very limited. It is difficult to acquire the skills necessary to be hired as a data scientist.

This is an intermediate-level free artificial intelligence course. This course will teach the basics of modern AI as well as some of the representative applications of AI including machine learning, probabilistic reasoning, robotics, computer vision, and natural language processing. To understand this course, you should have some previous understanding of probability theory and linear algebra.