"AI systems–like people–must often act despite partial and uncertain information. First, the information received may be unreliable (e.g., a patient may mis-remember when a disease started, or may not have noticed a symptom that is important to a diagnosis). In addition, rules connecting real-world events can never include all the factors that might determine whether their conclusions really apply (e.g., the correctness of basing a diagnosis on a lab test depends whether there were conditions that might have caused a false positive, on the test being done correctly, on the results being associated with the right patient, etc.) Thus in order to draw useful conclusions, AI systems must be able to reason about the probability of events, given their current knowledge."
– from David Leake, Reasoning Under Uncertainty The Basics of Statistics for Data Science By Statisticians - Statanalytica

Data science has become a boom in the current industry. It is one of the most popular technologies these days. Most of the statistics students want to learn data science. Because statistics is the building block of the machine learning algorithms. But most of the students don't know how much statistics they need to know to start data science.

The Intergovernmental Panel on Climate Change (IPCC) fifth assessment report states that warming of the climate system is unequivocal and notes that each of the last three decades has been successively warmer at the Earth's surface than any preceding decade since 1850. The projections of the IPCC Report regarding future global temperature change range from 1.1 to 4 C, but that temperatures increases of more than 6 C cannot be ruled out [1]. This wide range of values reflects our limitations in performing accurate projections of future climate change produced by different potential pathways of greenhouse gas (GHG) emissions. The sources of the uncertainty that prevent us from obtaining better precision are diverse. One of them is related to the computer models used to project future climate change. 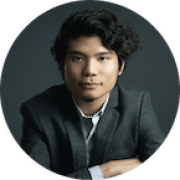 In 2020, Synced has covered a lot of memorable moments in the AI community. Such as the current situation of women in AI, the born of GPT-3, AI fight against covid-19, hot debates around AI bias, MT-DNN surpasses human baselines on GLUE, AlphaFold Cracked a 50-Year-Old Biology Challenge and so on. To close the chapter of 2020 and look forward to 2021, we are introducing a year-end special issue following Synced's tradition to look back at current AI achievements and explore the possible trend of future AI with leading AI experts. Here, we invite Mr. Brian Tse to share his insights about the current development and future trends of artificial intelligence. Brian Tse focuses on researching and improving cooperation over AI safety, governance, and stability between great powers. He is a Policy Affiliate at the University of Oxford's Center for the Governance of AI, Coordinator at the Beijing AI Academy's AI4SDGs Cooperation Network, and Senior Advisor at the Partnership on AI.

Approximate Bayesian Computation (ABC) now serves as one of the major strategies to perform model choice and parameter inference on models with intractable likelihoods. An essential component of ABC involves comparing a large amount of simulated data with the observed data through summary statistics. To avoid the curse of dimensionality, summary statistic selection is of prime importance, and becomes even more critical when applying ABC to mechanistic network models. Indeed, while many summary statistics can be used to encode network structures, their computational complexity can be highly variable. For large networks, computation of summary statistics can quickly create a bottleneck, making the use of ABC difficult. To reduce this computational burden and make the analysis of mechanistic network models more practical, we investigated two questions in a model choice framework. First, we studied the utility of cost-based filter selection methods to account for different summary costs during the selection process. Second, we performed selection using networks generated with a smaller number of nodes to reduce the time required for the selection step. Our findings show that computationally inexpensive summary statistics can be efficiently selected with minimal impact on classification accuracy. Furthermore, we found that networks with a smaller number of nodes can only be employed to eliminate a moderate number of summaries. While this latter finding is network specific, the former is general and can be adapted to any ABC application.

The mathematics of quantum mechanics has been viewed and analyzed from a huge variety of different perspectives, each shedding light on different subtleties of its underlying structure and its connection to our everyday reality. Here we add an additional thread to this conceptual polyphony, demonstrating a close connection between fuzzy paraconsistent logic and quantum probabilities. This connection suggests new variations on existing interpretations of quantum reality and measurement. It also provides some tantalizing connections between the probabilistic and fuzzy logic used in modern AI systems and quantum probabilistic reasoning, which may have implications for quantum-computing implementations of logical inference based AI. The ideas here arose as a spinoff from the work reported in [Goe21], which uses a variety of paraconsistent intuitionistic logic called Constructible Duality (CD) Logic as a means for giving a rigorous logic foundation to the PLN (Probabilistic Logic Networks) logic [GIGH08] that has been used in the OpenCog AI project [GPG13a, GPG13b] for well over a decade now.

Brain Computer Interface technologies are popular methods of communication between the human brain and external devices. One of the most popular approaches to BCI is Motor Imagery. In BCI applications, the ElectroEncephaloGraphy is a very popular measurement for brain dynamics because of its non-invasive nature. Although there is a high interest in the BCI topic, the performance of existing systems is still far from ideal, due to the difficulty of performing pattern recognition tasks in EEG signals. BCI systems are composed of a wide range of components that perform signal pre-processing, feature extraction and decision making. In this paper, we define a BCI Framework, named Enhanced Fusion Framework, where we propose three different ideas to improve the existing MI-based BCI frameworks. Firstly, we include aan additional pre-processing step of the signal: a differentiation of the EEG signal that makes it time-invariant. Secondly, we add an additional frequency band as feature for the system and we show its effect on the performance of the system. Finally, we make a profound study of how to make the final decision in the system. We propose the usage of both up to six types of different classifiers and a wide range of aggregation functions (including classical aggregations, Choquet and Sugeno integrals and their extensions and overlap functions) to fuse the information given by the considered classifiers. We have tested this new system on a dataset of 20 volunteers performing motor imagery-based brain-computer interface experiments. On this dataset, the new system achieved a 88.80% of accuracy. We also propose an optimized version of our system that is able to obtain up to 90,76%. Furthermore, we find that the pair Choquet/Sugeno integrals and overlap functions are the ones providing the best results.