A rule-based system may be viewed as consisting of three basic components: a set of rules [rule base], a data base [fact base], and an interpreter for the rules. In the simplest design, a rule … can be viewed as a simple conditional statement, and the invocation of rules as a sequence of actions chained by modus ponens.
– from The Origin of Rule-Based Systems in AI. Randall Davis and Jonathan J. King, reprinted as Ch. 2 of Rule Based Expert Systems: The Mycin Experiments of the Stanford Heuristic Programming Project (The Addison-Wesley Series in Artificial Intelligence). Bruce G. Buchanan and Edward H. Shortliffe (Eds.). Addison-Wesley Longman Publishing Co., Inc., Boston, MA, USA, 1984.

Machine Learning is on everyone's lips these days. But how can it help secure an online business from fraud? Talking to a number of fraud prevention professionals, we've noticed that many of them are looking for a more advanced, Machine Learning based solutions to address cybercrime issue. But how do these solutions really work? In this whitepaper, we'll explain what's behind the so-called "black box", show the actual ML process in fraud prevention, and compare the benefits of using ML and rule-based systems.

Calculation of Return: Return is calculated based on dynamic position size, where position size of a new trade is determined in the following way: Stop loss value is always 1% of account balance. For example, if your account balance is at $1000, you will risk losing exactly $10 for the next trade. Strategies: There are two categories of strategies. One uses rule-based system which covers both trend and range based strategies. The other uses AI Machine Learning which has 3 models: AI-I, AI-II, AI-III.

The Emerging Landscape of AI Decision-Making

Artificial Intelligence (AI) has gained favor as the current buzzword for things related to technology in the popular press. Every day, we see news articles proclaiming that AI has solved some or the other problem in diverse fields. However, a natural question remains unanswered: What exactly is AI? Intelligence is normally associated with a capacity to learn from experience and making decisions based on the learned knowledge. It may also involve understanding complex ideas. But the most important aspect of intelligence is the capacity to apply the experience gained in one context to solve problems in a completely different context.

In this paper, we study the problem of learning probabilistic logical rules for inductive and interpretable link prediction. Despite the importance of inductive link prediction, most previous works focused on transductive link prediction and cannot manage previously unseen entities. Moreover, they are black-box models that are not easily explainable for humans. We propose DRUM, a scalable and differentiable approach for mining first-order logical rules from knowledge graphs that resolves these problems. We motivate our method by making a connection between learning confidence scores for each rule and low-rank tensor approximation.

Mapping structural brain connectomes for living human brains typically requires expert analysis and rule-based models on diffusion-weighted magnetic resonance imaging. A data-driven approach, however, could overcome limitations in such rule-based approaches and improve precision mappings for individuals. In this work, we explore a framework that facilitates applying learning algorithms to automatically extract brain connectomes. Using a tensor encoding, we design an objective with a group-regularizer that prefers biologically plausible fascicle structure. We show that the objective is convex and has unique solutions, ensuring identifiable connectomes for an individual.

Knowledge graph reasoning, which aims at predicting missing facts through reasoning with observed facts, is critical for many applications. Such a problem has been widely explored by traditional logic rule-based approaches and recent knowledge graph embedding methods. A principled logic rule-based approach is the Markov Logic Network (MLN), which is able to leverage domain knowledge with first-order logic and meanwhile handle uncertainty. However, the inference in MLNs is usually very difficult due to the complicated graph structures. TransE, DistMult) learn effective entity and relation embeddings for reasoning, which are much more effective and efficient.

It helps organizations to meet their most critical challenge of managing high false positives and provides a holistic view of investigating an alert. AMLOCK Analytics uses various statistical methods and machine learning algorithms to derive analyses and predictions based on institution specific historical data. One of the important features of 3i Infotech's AMLOCK Analytics is the reduction of false positives using risk profiling, through predictive analytics that identifies potential risk and thereby enhances decision making. The solution also provides an insight on the trends followed by customers, based on seasonality and identifies the anomalies based on deviation from these trends, where machine learning helps in customer segmentation. This enables users to investigate effectively by working closely on those groups which are risky or deemed outliers.

The next question is, why do we even bother to explain something that is just a guess (but a very good one). If it works why do we even care? Actually the problem lies in us, in humans. Nowadays we don't trust anything that we cannot understand. The interesting part is that we still have trust in specialist (if it's a human specialist and not a robot), even if the error rate of a human specialist is much higher than of a specialized Artificial Neural Network. 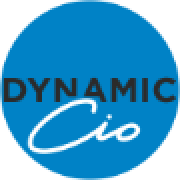 This enables banks and financial institutions to identify complex and hidden AML patterns. It helps organizations to meet their most critical challenge of managing high false positives and provides a holistic view of investigating an alert. AMLOCK Analytics uses various statistical methods and machine learning algorithms to derive analyses and predictions based on institution specific historical data. Ravikanth Sama, Global Head- AML Practice, 3i Infotech said, "AMLOCK Analytics blends both the traditional rule-based system and the power of Analytics to bring better efficiency & risk focus. It can be hosted both on-premise and on cloud infrastructure. The solution provides a probability score indicating the chances of closing an alert based on the past actions taken by the users on similar alerts. AMLOCK Analytics improves the conversion rate of Suspicious Transaction Report (STR) or Suspicious Activity Report (SAR), as it dynamically correlates between the alerts in which suspicious transaction reports have been generated and those that have been tagged as false positives by the investigators."

Smartphone owners are being given new rights to have their device repaired under laws introduced by the EU that could put an end to'throwaway culture'. Manufacturers will made to fix broken electronic devices under the EU's new Circular Economy Action Plan (CEAP), which will also cover the UK despite Brexit. The plan, unveiled on Wednesday by the European Commission, will give Europeans'the right to repair' by making devices easier to fix. The laws, which will also apply to tablets, laptops and printers, focus on a more circular economy – where electronic resources are kept in use as long as possible. Major tech companies making devices hard to fix, including Apple, Samsung and Huawei, is creating an electronic and electrical rubbish mountain – wasting resources and blighting the environment, say green campaigners.