Hilary Mason - The Future of AI and Machine Learning

Hilary Mason is the Founder of Fast Forward Labs. She has been involved in the data science space for over a decade. She is a real thought leader in the data space. This keynote was delivered at ODSC East 2020.

Kai works as a sales manager at DMEXCO. Holding a degree in business studies, he had been managing his own start-up for several years. No wonder that at DMEXCO, he is now responsible for everything that has to do with start-ups. Besides his blog stories on the digital start-up scene, Kai's texts focus on future topics such as smart devices, IoT and innovations in the digital economy.

Besides being known as the happiest country in the world, Finland is a technology leader, ahead of China and the US. Finland is making good on its tech legacy, as the University of Helsinki, the Finnish Centre for Artificial Intelligence FCAI, and the City of Helsinki are collaborating to launch a free webinar on the Ethics of AI, followed by a full Ethics of AI course. The ethics of AI is a wildly broad and complex topic, since AI's implications are broad and complex. No industry has gone untouched by AI. In other words, he predicts that AI could cause a billion people to lose their jobs within a year of that article -- nine months from now, as of writing. 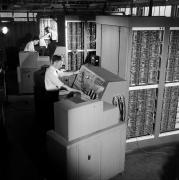 AI Is Transforming Ports to Their Smarter Versions in These 5 Ways!

Ports are adapting AI technologies to create a smarter version of themselves! Ports are one of the busiest sectors in today's world. With the rise in the trade, ports are facing a lot of pressure. This includes the increase in the number of cargoes and vessels, the size of them and the data that comes along with it. Furthermore, there is no such thing as enough manpower. So, artificial intelligence implementation has reduced much of the workload.

Top Milestones On Explainable AI In 2020 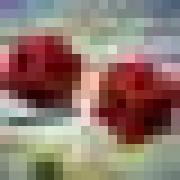 Explainable artificial intelligence is an emerging method for boosting reliability, accountability, and dependence in critical areas. This is done by merging machine learning approaches with explanatory methods that reveal what the decision criteria are or why they have been established and allow people to better understand and control AI-powered tools. Below here, we have discussed some of the important milestones, in no particular order, on explainable AI (XAI) in 2020. Fairlearn is a popular explainable AI toolkit that enables data scientists as well as developers to evaluate and enhance the fairness of their AI systems. The toolkit has two components, an interactive visualisation dashboard and unfairness mitigation algorithms.

AI Policy Matters is a regular column in the ACM SIGAI AI Matters newsletter featuring summaries and commentary based on postings that appear twice a month in the AI Matters blog. Confusion in the popular media about terms such as algorithm and what constitutes AI technology cause critical misunderstandings among the public and policymakers. More importantly, the role of data is often ignored in ethical and operational considerations. Even if AI systems are perfectly built, low quality and biased data cause unintentional and even intentional hazards. A generative pre-trained transformer GPT-3 is currently in the news.

Getting smart about the future of AI

Fast-forward to the 1980s, when digital electronics started having a deep impact on society--the dawning Digital Revolution. Building on that era is what's called the Fourth Industrial Revolution. Like its predecessors, it is centered on technological advancements--this time it's artificial intelligence (AI), autonomous machines, and the internet of things--but now the focus is on how technology will affect society and humanity's ability to communicate and remain connected. "In the first Industrial Revolution, we replaced brawn with steam. In the second, we replaced steam with electricity, and in the third, we introduced computers," says Guido Jouret, chief digital officer for Swiss industrial corporation ABB. 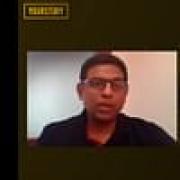 Artificial intelligence technologies are being used across industries to automate and improve the efficacy of different activities. The advanced machine learning systems are equipped to replicate the discreet thinking and analysis patterns demonstrated by humans. This allows companies to leverage AI in performing some of the complex cognitive tasks with minimal human intervention. While AI can be applied to varied use-cases, social media is one segment where it has become a major catalyst for companies to grow. For example, AI chatbots for business are helping companies to stay connected with their audience.