There are many tools designed to assist game designers. Many of these tools have features that provide help with several different aspects of a game development process, such as physics and graphics. In the recent years, game engines like Unity and Unreal have contributed to popularizing the creation of complex AAA titles, once exclusively developed by major companies.

We never saw so demanding an era about videogame consumption, and the indications are that the demand will continue to increase year after year. From mobile phones to powerful console systems, from kids to elders, there seems to be a market for everyoneÕs gaming needs.

In the gaming industry, content is king. To keep players satisfied, game developers need to invest in compelling characters, stories and eye-candy graphics. Creativity and novelty are musts, since the player should not feel that they are playing the "same" game repetitively in each advancing level.

The need for such creativity and content has led to the emergence of advanced AI-assisted game development tools. Unlike generic game creation tools, such tools specifically focus on AI techniques. For example, they can automatically and flawlessly create levels and environments using minimal inputs. AI can also play games and collect data about gameplay sessions, allowing developers and makers a clear and concise window into the development and debugging process. AI can understand and predict how potential players will be interacting with the game, leading to better insights into future installments and personalized gameplay. Although AI-assisted game design tools are still in their infancy, the results are extremely exciting and present an exemplary mixed-initiative future with human-augmented AI.

Hollywood may be taking another stab at a Tomb Raider production, but this time for the small screen. The Hollywood Reporter sources say Amazon is creating a Tomb Raider TV series for Prime Video, with Phoebe Waller-Bridge (of Fleabag fame) set to be an executive producer and write the script. It's not certain who would star, but we wouldn't count on movie stars Angelina Jolie or Alicia Vikander reprising the role of Lara Croft. The show is reportedly still in the development stage. We've asked Amazon for comment.

Minecraft Legends, the unique action-strategy spin on Microsoft's block-building franchise, will arrive on Xbox consoles and PCs on April 18th. Announced last June, the game resembles a modern spin on classic Warcraft strategy: Your goal is to protect your base and destroy your enemy's. It'll feature online campaign co-op and competitive multiplayer, as you'd expect. And judging from the most recent trailer, it looks compelling enough to tempt over gamers who could never figure out what to do in the original Minecraft.

World of Warcraft to go offline in China, leaving millions of gamers bereft

Millions of Chinese players of the roleplaying epic World of Warcraft (WoW) will bid a sad farewell to the land of Azeroth, with the game set to go offline after a dispute between the US developer Blizzard and its local partner NetEase. Massively popular worldwide, particularly in the 2000s, WoW is an online multiplayer role-playing game set in a fantasy medieval world. It is known for being immersive and addictive, and players can rack up hundreds of hours of game time. Blizzard's games have been available in China since 2008 through collaboration with NetEase. Under local law, foreign developers are required to partner with Chinese firms to enter the market.

Madison Karrh's booth at Summer Game Fest 2022 was on the far right side of the demo area, hugging a wall at the front of the small industrial space in downtown Los Angeles. Her game, Birth, was one of the first projects you'd see after grabbing a swag bag, but it was easy to overlook in a sea of neon pixels and mainstream names like Street Fighter, Cuphead and Sonic. Birth is a thoughtful game of bones, puzzles, loneliness and decay, rendered in earth tones and captivating, hand-drawn vignettes. In a Day of the Devs cluster at Summer Game Fest, the Birth booth was a bubble of respite from the fast action showcased on surrounding screens. "Showing Birth at conventions feels like putting my whole, raw, beating heart on a table in front of a bunch of strangers and asking if it is enough for them," Karrh told me a few months after Summer Game Fest. Birth is, essentially, a game about death.

SINGAPORE--Activision Blizzard Inc. said that NetEase Inc., its longtime partner in China, has refused its offer to extend a licensing partnership and that it is in talks with several videogame companies to find a new partner in the country. Blizzard Entertainment Inc., an Activision subsidiary, said Tuesday that it proposed to NetEase a six-month extension to the partnership that is set to expire next week. The licensing partnership has brought Blizzard's globally popular videogames such as "World of Warcraft," "Diablo III" and "Overwatch" to the Chinese market through NetEase. 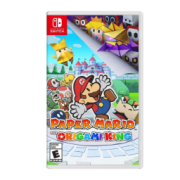 Overwatch 2 review: Batten down the hatches for sizzling battles galore

Editor's note: Ryan Smith is a graduate of East Carolina University and has been an avid gamer since the early and mid 90's. Other favorites include BioWare and Bethesda RPGs, Dark souls, Total War titles and various MMORPG's and Shooters. RALEIGH – Amid a sea of controversies over the last few years, Blizzard Entertainment (a subsidiary of Activision Blizzard) has also seen a massive player count drop in their pillar title World of Warcraft. Their RTS(real time strategy) titles, formerly among their best and most popular, are either relics of their former selves in the case of StarCraft 2, or abysmally received upon launch such as the case with Warcraft 3: Reforged, now infamously one of the worst reviewed games of all time. However, they did enter the world of First Person Shooters for the first time in 2016 with a massively popular title known as Overwatch.

Indie game gems you may have missed in 2022 "I Was a Teenage Exocolonist" is part visual novel, part deck builder and part RPG, and the way it weaves these genres together into a satisfying and emotional play experience is nothing short of masterful. It's a coming-of-age tale that unfolds on humanity's first extrasolar space colony. Your decisions during the game's narrative events turn into cards for your deck (which carry over across playthroughs) that are used to overcome all sorts of challenges, from how to make new friends without embarrassing yourself to avoiding becoming a monster's snack while exploring the alien planet. The game's characters are well-written, with fleshed-out arcs that made me eager to replay and see how all the different narrative paths played out. I was also impressed by its inclusivity: The different relationship paths include both platonic and amorous love, and you choose your character's pronouns and gender expression (represented by a sliding scale instead of a binary), which can be changed at any point in the game.

On Tuesday, workers at Proletariat, the Boston-based studio Blizzard bought earlier this year to support World of Warcraft development, announced they recently filed for a union election with the National Labor Relations Board (NLRB). Proletariat is the third Activision Blizzard studio to announce a union drive in 2022, but where past campaigns at Raven Software and Blizzard Albany involved the quality assurance workers at those studios, the effort at Proletariat includes all non-management workers. The 57 workers who want to form the Proletariat Workers Alliance include animators, game designers and software engineers. The group seeks representation from the Communications Workers of America (CWA), the union that helped QA staff at Raven Software and Blizzard Albany organize. "Everyone in the video game industry knows Activision Blizzard's reputation for creating a hostile work environment, so earlier this year, when we heard that Blizzard was planning to acquire Proletariat, we started to discuss how we could protect the great culture we have created here," said Dustin Yost, a software engineer at Proletariat.