The rapid development of computer vision algorithms increasingly allows automatic visual recognition to be incorporated into a suite of emerging applications. Some of these applications have less-than-ideal circumstances such as low-visibility environments, causing image captures to have degradations. In other more extreme applications, such as imagers for flexible wearables, smart clothing sensors, ultra-thin headset cameras, implantable in vivo imaging, and others, standard camera systems cannot even be deployed, requiring new types of imaging devices. Computational photography addresses the concerns above by designing new computational techniques and incorporating them into the image capture and formation pipeline. This raises a set of new questions.

A well-designed image can help you get more clicks and rank higher in search engines. However, the image should have a professional appearance. The image editing tools are helpful and make it simple to bring your image to life. Image Editing Tools allow you to create images with various creative effects to choose from, whether you're editing images for your website, social media campaigns, or other purposes. You can use these image editing tools to change the colors of images, change the background, and update text data.

Academic Earth More than 1,500 video lectures by professors from Harvard, Yale, broken down into single classes on topics like art, architecture, and astronomy.

AI Reveals How Celebrities May Look Decades From Now

A photographer has used AI to create a series of portraits showing what some celebrities may look like a few decades from now. "Behind this project lies the question'What will some of the young people we know look like a few decades from now?'" Yesiltas tells PetaPixel. "While I worked on the stars that I was most curious about in my previous projects, in this project I worked on the stars that people were most curious about." The photographer says he uses a number of different applications to edit the original photos of each celebrities face, and that the surrounding scene is added in once the headshot itself is complete. "In my work, I always start with the face," Yesiltas says. 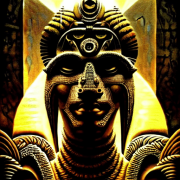 A collection of Sumerian Gods and NFT from Sumerian mythology created with the art of artificial intelligence photography.

A Times journalist on location in Qatar photographs the match, capturing images in high-speed bursts, trying to anticipate important moments with a broad view of the field. In collaboration with The Times's newsroom in the U.S., they identify a key moment in the match and transmit the photograph of that moment. From that photo, we calculate the 3D position of the photographer's camera. We can do so mathematically using the standard size of the goal and penalty area as geometric guides. Once we know the camera position, we project the image onto 3D geometry that represents the field and stands where the game was played.

ImagenAI, a startup using AI to help professional photographers edit photos and automate post-production work, today announced that it raised $30 million in an all-equity growth investment from Summit Partners. The new capital brings Imagen's total raised to $34 million, and co-founder and CEO Yotam Gil tells TechCrunch that it'll be used to expand the startup's software-as-a-service offering through mergers and acquisitions and product research and development. Imagen's success comes as investors grow increasingly bullish on AI tools for generating and editing artwork, including photorealistic art. Cupixel, whose AI tech takes images to create outlines of the photo for drawings or paintings, recently raised $5 million. Meanwhile, Runway ML, which is developing an AI-powered creative suite for artists and which was a major research contributor to the text-to-image AI Stable Diffusion, landed $50 million in early December.

Nikon has pushed an update for its NX MobileAir smartphone app that adds new JPEG capabilities, support for RAW files, new quality of life features, and a deep learning algorithm for image analysis. Nikon NX MobileAir is a smartphone app that uploads images taken with a Nikon digital camera to an FTP server without using a computer. It was originally launched last November and is billed as a particularly useful tool for photojournalists that are covering large events like the Olympics or FIFA World Cup who might need to get their images to publications quickly but don't have access to stable WiFi or ethernet. The company says that as part of this update, functions such as image filtering, which uses image analysis technologies, have been added or modified to improve speed and efficiency of workflows. First, Nikon has added what it bills as "deep learning analysis" into the app. The company says that NX Mobile Air now has an algorithm that uses deep learning to analyze images that have been imported, allowing users to filter images in specific criteria, such as subject types and conditions for quick access to intended images.

Is artificial intelligence going to replace human workers? At the moment, a lot of labour-led jobs are safe from automation, but creative jobs -- such as writing, photography, painting and more -- are at risk of being overtaken by AI. Over the past year, AI programs that generate art such as books, pictures or even videos have become commonplace. Generative art programs such as Midjourney or Stable Diffusion have seen significant pushback for stealing art styles from real humans, plagiarising their art. Despite this, new artificial intelligence programs are still being developed every day, such as the recently-released ChatGPT. But what does artificial intelligence think of its own threat to human work?