The AI software forecast from Gartner is based on use cases, measuring the amount of potential business value, timing of business value and risk to project how use cases will grow. According to the global research firm and consultancy, the top five use case categories for AI software spending in 2022 will be knowledge management; virtual assistants; autonomous vehicles; digital workplace; and crowdsourced data. The AI software market encompasses applications with AI embedded in them, such as computer vision software, as well as software that is used to build AI systems. "The AI software market is picking up speed, but its long-term trajectory will depend on enterprises advancing their AI maturity," said Alys Woodward, senior research director at Gartner. "Successful AI business outcomes will depend on the careful selection of use cases. Use cases that deliver significant business value, yet can be scaled to reduce risk, are critical to demonstrate the impact of AI investment to business stakeholders."

How can spend management be improved by artificial intelligence? - IntelligentHQ

Artificial intelligence is the next frontier in mankind's race to develop autonomous technologies. So far, there have been major breakthroughs in this particular field and most of them involve the use of deep learning algorithms that seek to build powerful systems for multiple purposes. In the specific case of financial technology, algorithms have the power to expedite multiple processes in areas such as lending, accounting, investing, and spend management. Mesh Payments is a developer of spend management software that is working hard to incorporate AI into its software-as-a-service (SaaS) solutions to keep helping businesses to better manage their finances. In this article, we explore how AI can enhance an organization's financial processes and what role spend management will play in achieving this particular goal. First, let's dig a bit deeper into the basics of artificial intelligence. 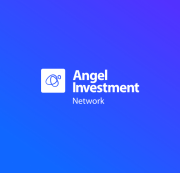 Find out more about AI SaaS Software Company and other business investment opportunities in the United Kingdom on the Angel Investment Network.

Multiple organizations are ready to serve smart functionalities of artificial intelligence across the world to make the world a better place. There are different domains of artificial intelligence that these organizations are identifying and explored in these recent years. The main aim is to boost productivity so that organizations can earn higher revenue in the nearby future with the utmost customer satisfaction. Meanwhile, investors are highly inclined towards AI stocks from an AI-based company to earn profit in digital wallets. Continuous innovations and advancements have shown that the global tech market is stable and profitable in nature. There are multiple AI stocks for the bull run in 2022 for the never-ending research and development through AI models.

What Makes Python An Ideal Programming Language For Startups - KDnuggets 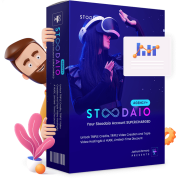 have you seen this guy?

The Beginner's Guide to Artificial Intelligence in Unity.

Do your non-player characters lack drive and ambition? Are they slow, stupid and constantly banging their heads against the wall? Then this course is for you. Join Penny as she explains, demonstrates and assists you in creating your very own NPCs in Unity with C#. All you need is a sound knowledge of Unity, C# and the ability to add two numbers together. In this course, Penny reveals the most popular AI techniques used for creating believable character behaviour in games using her internationally acclaimed teaching style and knowledge from over 25 years working with games, graphics and having written two award winning books on games AI.