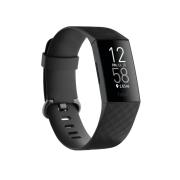 Apple isn't the only brand rumored to be working on a new wearable this spring, apparently: The German tech site WinFuture (via 9to5Google) just published images of the so-called Fitbit Luxe, which looks to be a high-end fitness tracker with a stainless steel case and an upgraded OLED screen. Fitbit itself has yet to speak on this goss, much less announce a release date for the Luxe, but "the depth of the leak suggests it's coming soon," says Engadget. Fitbit came out with four new fitness trackers last year, so we have high hopes for its 2021 lineup. Speaking of: If you don't feel like waiting around for "soon," now's not a bad time to grab one of Fitbit's (still very good) 2019 or 2020 releases. Walmart had a few of them on sale at the time of writing, saving you as much as 31% off their retail prices.

Substituting a cup of cocoa throughout the day for other snacks could help obese people lose weight – even if they're on a high-fat diet, a new study claims. In lab experiments, US researchers gave obese mice with liver disease a dietary supplement of cocoa powder, for a period of eight weeks. Even though the mice were on a high-fat diet, the experts found the supplement reduced DNA damage and the amount of fat in their livers. While there is more to learn about the health benefits of cocoa, the researchers believe it may in some way impede the digestion of dietary fat and carbohydrate, thereby avoiding weight gain. Supplementation of cocoa powder in the diet of high-fat-fed mice with liver disease markedly reduced the severity of their condition, according to a new study.

A four-legged, robotic guide dog system that can safely lead blind people around obstacles and through narrow passages has been developed by US researchers. Just like a real assistance canine, the bot guides its user by means of a leash -- which it can pull taut but also allow to go slack in order to better lead around tight turns. The setup -- built on a robot design called a mini cheetah -- features a laser-ranging system to map out its surroundings and a camera to track the human it is guiding. Given an end point to reach, the machine maps out a simple route, adapting its course as it progresses to accommodate obstacles and the handler's movements. The robot has the potential to cut down on the time and expense of training guide dogs -- although, they would lack the mental and social benefits of a real animal. According to lead researcher and roboticist Zhongyu Li of the University of California, Berkeley, the training of mechanical guide dogs would be scalable.

Robot guide dog could help people who are blind navigate

Guide dogs are expensive to train, so robots could provide a cheaper alternative to help people who are blind

Google" and researching health issues online makes patients better at diagnosing illnesses and doesn't make them more anxious, a new study out of Harvard and Brigham and Women's Hospital shows. "Every doctor has their story about the patient who has pinky pain who thought they had cancer," said Dr. David Levine, corresponding author of the study and internist at Brigham and Women's. But Levine said that's certainly not the norm, and he loves when his patients Google their symptoms before arriving at his office, "I think it shows they're invested in what's going on." Levine and his colleagues found that study participants showed modest improvements in reaching an accurate diagnosis after looking up symptoms online and reported no increase in "cyberchondria," or anxiety about one's health associated with using the internet. Googling health symptoms has often been thought of as a no-no due to online misinformation or the potential to stoke fear in patients, but Levine said the research findings show that's not quite true.

How Artificial Intelligence Is Helping Tackle Malnutrition In Rural India

While India has shown recent improvements in areas like life expectancy, literacy rate and health conditions, malnutrition still persists in the country due to widespread poverty, rapid population growth, and weak last mile governance. That's the reason Welthungerhilfe, one of the largest private aid organizations in Germany, with support from Action Against Hunger, a global humanitarian organization that seeks to address the causes and effects of hunger and save the lives of malnourished children, decided to pilot the Child Growth Monitor app in India. The app was piloted in Maharashtra, Madhya Pradesh, and Rajasthan because undernutrition is particularly prevalent in the states and a large number of children are affected by severe wasting conditions like marasmus. In rural India, Anganwadi workers are tasked at assessing the nutritional status of children aged between 6 months and 5 years--about 40 to 60 kids within each of their intervention areas. However, most of these workers are ill-equipped or unskilled, leading to flawed data.

Why the Future of Healthcare is Federated AI - insideBIGDATA 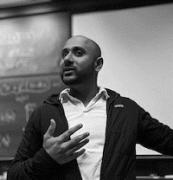 In this special guest feature, Akshay Sharma, Executive Vice President of Artificial Intelligence (AI) at Sharecare, highlights advancements and impact of federated AI and edge computing for the healthcare sector as it ensures data privacy and expands the breadth of individual, organizational, and clinical knowledge. Sharma joined Sharecare in 2021 as part of its acquisition of doc.ai, the Silicon Valley-based company that accelerated digital transformation in healthcare. Sharma previously held various leadership positions including CTO, and vice president of engineering, a role in which he developed several key technologies that power mobile-based privacy products in healthcare. In addition to his role at Sharecare, Sharma serves as CTO of TEDxSanFrancisco and also is involved in initiatives to decentralize clinical trials. Sharma holds bachelor's degrees in engineering and engineering in information science from Visvesvaraya Technological University.

SAVE $61: Give your workouts a boost this spring with the Fitbit Sense. As of March 30, grab it on sale for only $268.95. Now that it's spring and the temperatures are rising, there's no reason not to go outside and get active every day. If you're tired of the online workouts you've been doing for the last year and need to just go for a walk, jog, run, or hike, a fitness tracker like the Fitbit Sense will give you the motivation to crush those workouts. As of March 30, you can get this high-tech fitness tracker for just $268.95

A Nutrition Label for AI 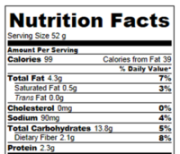 It can be difficult to understand exactly what's going on inside of a deep learning model, which is a real problem for companies concerned about bias, ethics, and explainability. Now IBM is developing something called AI FactSheets, which it describes as a nutrition label for deep learning that explains how models work and that can also detect bias. AI FactSheets is a new addition to Watson Open Scale that will provide a plain-language description of what's going on inside deep learning models. The software, which is expected to be generally available soon, can work with AI models developed by Watson Studio, or any other AI model accessible from a REST API. After being exposed to the model, AI FactSheets generates a PDF with information about bias, trust, and transparency aspects of a given deep learning model.