US Army researchers are developing muscle-bound, Terminator-like war robots that have living tissue

The US Army is developing a nightmarish thermal facial recognition system

The US Army just took a giant step toward developing killer robots that can see and identify faces in the dark. DEVCOM, the US Army's corporate research department, last week published a pre-print paper documenting the development of an image database for training AI to perform facial recognition using thermal images. Why this matters: Robots can use night vision optics to effectively see in the dark, but to date there's been no method by which they can be trained to identify surveillance targets using only thermal imagery. This database, made up of hundreds of thousands of images consisting of regular light pictures of people and their corresponding thermal images, aims to change that. How it works: Much like any other facial recognition system, an AI would be trained to categorize images using a specific number of parameters.

Retired Col. Douglas MacGregor has been a vocal proponent of withdrawing from Afghanistan, Syria and South Korea; Jennifer Griffin reports. As it stands, more than 55,000 active-duty U.S. soldiers – wracked by war wounds and injuries – are deemed non-deployable. In 2018, more than half of all active-duty soldiers sustained some form of physical trauma – with over 70% diagnosed as lower extremity micro-traumatic musculoskeletal (MSK) or "overuse" injuries. And aside from the gaping hole it leaves in the defense and security arena, the medical costs related to MSK ailments across all military branches cost the U.S. taxpayer more than $575 million per year. The U.S Marines using the Sparta Science system were taken at the School of Infantry – West Training Command at MCB Camp Pendleton, California. But in a bid to solve the impasse and cut down on costs, the Department of Defense is turning to an emerging new force plate and machine learning technology – from Sparta Science – to pinpoint potential problem points to prevent future maladies, zap the attrition rate and increase physical readiness.

Verdict lists the top five terms tweeted on robotics in November 2020, based on data from GlobalData's Influencer Platform. The top tweeted terms are the trending industry discussions happening on Twitter by key individuals (influencers) as tracked by the platform. The role of artificial intelligence (AI) in solving all human problems, its application in chemical research and how it is driving new business models and productivity potential were popularly discussed in November. According to an article shared by Spiros Margaris, a venture capitalist, AI can help solve the world's most challenging problems right from using it to create diagnostic equipment to building unmanned aerial vehicles. The article noted that although some fear that AI and robotics will usurp all human jobs, it is the basis for all technological innovations such as driverless cars, smart personal agents, and autonomous drones, among others.

How the Army's new light tank and combat vehicles were born

Fox News Flash top headlines are here. Check out what's clicking on Foxnews.com. U.S. Army weapons developers, Pentagon leaders and industry armored vehicle builders are all experiencing tremendous enthusiasm over progress with a new light tank, called the Mobile Protected Firepower (MPF), as well as its emerging fleet of Next-Generation Combat Vehicles (NGCV). These programs have many new features, including AI-enabled sensors and an ability to operate multiple air and ground drones with manned-unmanned teaming. More importantly, these vehicles will have new levels of survivability while also being a lighter-weight, faster, more expeditionary and deployable fleet of armored vehicles.

Future warfare: Is Indian Army ready for the use of Artificial Intelligence and Smart Technologies?

Recent use of a satellite controlled weapons platform used in the killing of Iranian nuclear scientist, Mohsen Fakhrizadeh has invited international attention probably for the fact that a remotely controlled machine gun mounted on a pickup was used to pointedly kill him. It is for the first time that the machine gun was controlled remotely using advanced cameras and artificial intelligence and targeted only one individual without causing any collateral damage. Artificial intelligence-based platforms are the future of any battlefield. They can be easily deployed without being detected easily and cause havoc through enemy fire. They are stealthy and very effective. "The development of remote-controlled devices has seen phenomenal development since US forces started targeting terrorist networks with precise accuracy using the drones.

Inference in artificial intelligence with deep optics and photonics 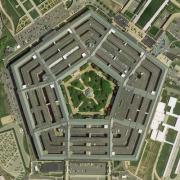 The Defense Department, Army and Howard University linked up to collectively push forward artificial intelligence and machine learning-rooted research, technologies and applications through a recently unveiled center of excellence. Work it will underpin will "shape the future," according to an announcement Monday from the Army Research Laboratory--and the $7.5 million center also marks a move by the Pentagon to help expand its pipeline for future personnel. "Diversity of science and diversity of the future [science and technology] talent base go hand-in-hand in this new and exciting partnership," Dr. Brian Sadler, Army senior research scientist for intelligent systems said. Tapped to manage the partnership, Sadler added that Howard University is "an intellectual center for the nation." Encompassing 13 schools and colleges, the institution is a private, historically Black research university that was founded in 1867.

Research being conducted by the U.S. Army Combat Capabilities Development Command (DEVCOM) is focused on a new machine learning approach that could improve radar performance in congested environments. Researchers from DEVCOM, Army Research Laboratory, and Virginia Tech have developed an automatic way for radars to operate in congested and limited-spectrum environments created by commercial 4G LTE and future 5G communications systems. The researchers claim they examined how future Department of Defense radar systems will share the spectrum with commercial communications systems. The team used machine learning to learn the behavior of ever-changing interference in the spectrum and find clean spectrum to maximize the radar performance. Once clean spectrum is identified, waveforms can be modified to best fit into the spectrum. 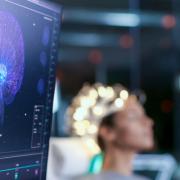 A new machine-learning algorithm can successfully determine which specific behaviors--like walking and breathing--belong to which specific brain signal, and it has the potential to help the military maintain a more ready force. At any given time, people perform a myriad of tasks. All of the brain and behavioral signals associated with these tasks mix together to form a complicated web. Until now, this web has been difficult to untangle and translate. But researchers funded by the U.S. Army developed a machine-learning algorithm that can model and decode these signals, according to a Nov. 12 press release.