Smarter kitchen systems that leverage data, artificial intelligence and IoT can be a salve for the top challenges that restaurants face, while also achieving on top strategic goals for tech investments. Data from Hospitality Technology's 2019 Restaurant Technology Study indicates that 38% of restaurants were looking to increase investments in kitchen management software. Technology that allows staff to be more efficient and accurate, while freeing them from menial tasks, is a top strategic goal for tech investments and leveraging these solutions in the flow of operations from the kitchen is a vital step. Many kitchens are still using traditional technology and sticking receipts in a line, observes Revel Systems. This is not an effective strategy, with an increasing number of orders from multiple channels.

As the voices decrying mobile's negative impacts on people and society grow louder, Starbucks President and CEO Kevin Johnson yesterday urged an audience at the National Retail Federation's Big Show not to be afraid of reinventing the future through technology, but insisted innovation must come with a focus on fostering human interaction. Community is ingrained in Starbucks, which was inspired by founder Howard Schultz's visits to lively espresso bars in Italy, said Stephanie Mehta, Fast Company editor-in-chief and moderator of the session "Nurturing humanity in modern-day retail." As one of the pioneers of leveraging mobile to enhance customer experiences through loyalty, payments and order-ahead tools, Starbucks also understands that sometimes customers just want to quickly pick up their order and get on their way. "We have to boldly reinvent the future," Johnson said. "If mobile internet has created these new scenarios, we embrace that, but we don't do it at the expense of human connection."

Futurist and artist Syd Mead has passed away at 86 due to complications from lymphoma. Even if you don't know his name, you've probably felt his impact on Hollywood, especially on the science fiction genre. Mead designed Blade Runner's world and technologies by serving as Ridley Scott's concept artist, and he conjured up the lightcycle for Tron, among other fictional vehicles and gadgets. His ideas of the future also helped shape other sci-fi films' universe, including Elysium and Tomorrowland. Mead's background in industrial design may have helped him think up advanced technologies that are still believable.

Rising number of contact centers and necessity for compliance and risk management across several verticals have led the companies to invent solutions in speech analytics which will aid companies to comprehend the changing necessities of customers. Several organizations functioning in diverse industrial domains have been evolving interests for the transcription and analyzing of customers and structural media and uptake rational decisions for the management of business and consumers with the help of speech and text intelligence. This is the main factor that is responsible for the growth of the speech analytics market and a protuberant driving factor in the growing demands for speech analytics in several industrial applications. This rising demand can also be accredited to the burdens on businesses for safeguarding their rational assets for improving agility and competence in business operations via the all-embracing insights quarried in the Voice of Customer (VoC). Speech analytics is used in sectors such as customer experience management, agent performance, business processes, compliance and risk management, and market intelligence.

CES 2020 has had an embarrassing change of heart for the second year in a row after honouring a cannabis-storing keepsafe product with an innovation award and then banning it from the tradeshow floor. The Consumer Technology Association (CTA), which hosts the annual tradeshow in Las Vegas, awarded Canadian company Keep Labs with an innovation award in the run-up to the tech showcase event, which runs this week. Keep Labs, which uses facial recognition for the secure storage of cannabis in people's homes, was awarded for its'discreet' Smart Storage cannabis box. However, as reported by Tech Crunch, CTA told the company it could only exhibit if the company's signage, marketing materials and product was free from cannabis and associated paraphernalia. This was slightly difficult to accommodate, as the product is dedicated solely to cannabis storage, so Keep Labs therefore decided not to exhibit at CES 2020. 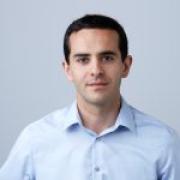 As we enter the new decade, we can expect a stronger focus on how technology and data advances will generate more actionable use for the food industry. Food Safety Tech has highlighted many perspectives from subject matter experts in the industry, and 2020 will be no different. Our first Q&A of the year features Sasan Amini, CEO of Clear Labs, as he shares his thoughts on tech improvements and the continued rise consumer expectations for transparency. Food Safety Tech: As we look to the year ahead, where do you see artificial intelligence, machine learning and blockchain advancing in the food industry? Sasan Amini: AI, ML, and blockchain are making headway in the food industry through advances in supply chain management, food sorting and anomaly detection, and tracing the origin of foodborne outbreaks.

AgFunderNews can reveal that the deal was worth more than $40 million in equity capital, according to sources close to the deal. The funding will go towards the completion of 80 Acres' Hamilton, Ohio facility, which was announced last year and is set to be partially operational in the next few months. It will be automated from seeding to growing to harvesting featuring handling robotics, artificial intelligence, data analytics, and around-the-clock monitoring sensors and control systems to optimize every aspect of growing produce indoors. The company also has facilities -- that are more manually operated -- in Arkansas, North Carolina and Alabama from which it serves local major national grocers, local retailers, restaurants, and food service companies with leafy greens, tomatoes, micro greens and herbs. It expects to add grapes and strawberries in the near future.

Amazon is awarded a patent for technology that uses HAND recognition

Amazon is set to'wave' goodbye to card payments at its cashierless grocery store. The firm received a patent for a'touchless scanning system' that identifies customers using hand recognition. Customers would scan their hand in order to enter the store and again when they are ready to purchase items at the register - the system identifies individuals through the wrinkles and veins in their palms. Although a patent is not a sure thing, the New York Post reported in September that Amazon was testing a similar system at Whole Foods that lets people checkout at a register by scanning their hand. The patent was filed on June 21, 2018 and published December 26 by the US Patent & Trademark Office, which was first reported on by Redcode.

Academics from Cornell University have concluded that machine learning could potentially be used for applications such as automated checkout systems following an experiment using the technology to identify what food and drink Oktoberfest-goers preferred. The published datasets [PDF] revealed that 1,100 images were analysed as part of the research. The images were captured over 11 days using a video camera that was installed above a checkout in a beer tent during the world's largest beer festival in Munich, Germany. Only a small amount of available data was analysed however, the academics said, noting that analysing all the data would be "very labour-intensive". Instead, they suggested one possible way around this would be to use self-training -- or "pseudo labelling".