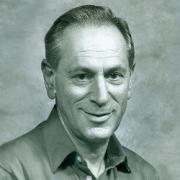 ACM fellow Jack Minker passed away on April 9, 2021, at the age of 93. Minker was a leader in the development of automating logistic reasoning, including deductive databases, logic programming, and artificial intelligence, but he is perhaps best known for his efforts to promote the social responsibility of scientists and human rights. In 1972, Minker was invited to join the newly constituted Committee of Concerned Scientists. He was asked to help identify Soviet computer scientists whose human rights were under attack by their government, frequently because of their career choices or because they had requested permission to emigrate from the Soviet Union. "It was something I could not refuse to do," said Jack in 2011.

In 2019, Iker Casillas, Real Madrid goalie and World Cup Football Champion, suffered a sudden heart attack during a training session and was forced to retire from elite-level football. Overnight, his life was changed forever, and he found himself re-evaluating his life priorities. He started to learn about cardiovascular diseases and discovered that it is the first cause of death worldwide. This is an 800 billion Euro per year problem and the high costs of lengthy treatments can often result in loss of income and force millions of people into poverty annually, especially in low-resource settings. Cardiovascular diseases threaten progress towards the United Nations Sustainable Development Goal 3, which has a target to reduce premature deaths by one-third by 2030 (target 3.4).

While deep reinforcement learning (RL) promises freedom from hand-labeled data, great successes, especially for Embodied AI, require significant work to create supervision via carefully shaped rewards. Indeed, without shaped rewards, i.e., with only terminal rewards, present-day Embodied AI results degrade significantly across Embodied AI problems from single-agent Habitat-based PointGoal Navigation (SPL drops from 55 to 0) and two-agent AI2-THOR-based Furniture Moving (success drops from 58% to 1%) to three-agent Google Football-based 3 vs. 1 with Keeper (game score drops from 0.6 to 0.1). As training from shaped rewards doesn't scale to more realistic tasks, the community needs to improve the success of training with terminal rewards. For this we propose GridToPix: 1) train agents with terminal rewards in gridworlds that generically mirror Embodied AI environments, i.e., they are independent of the task; 2) distill the learned policy into agents that reside in complex visual worlds. Despite learning from only terminal rewards with identical models and RL algorithms, GridToPix significantly improves results across tasks: from PointGoal Navigation (SPL improves from 0 to 64) and Furniture Moving (success improves from 1% to 25%) to football gameplay (game score improves from 0.1 to 0.6). GridToPix even helps to improve the results of shaped reward training.

Brain drain, in memoriam, has been a serious issue for nations. Countries producing erudite scholars and creative brains that hold the promise to present a nation, always suffer the anxiety of losing them to the countries with more advanced prospects. This is the best in which one can explain brain drain. Brain drain also a synonym for human capital flight refers to a type of immigration of qualified individuals to countries receiving them and utilising their skills to the benefits of the nation. Still in persistence, it has gained strength over the years.

My friend Mike Carey, who has died aged 71, was a pioneer in the development of speech recognition and digital audio, including digital audio broadcasting (DAB). After a formative period at the Post Office research labs, Keele University and Mitel Telecom, he left in 1985 with Adrian Anderson and me to establish Ensigma, a company that quickly established itself as a leader in the research and development of digital speech and audio applications, with uses in mobile telephony, broadcasting and automated speech recognition systems. Mike was born in Preston, to Ethel (nee Glover), a weaver and housewife, and Stephen, a miner-cum-decorator. At Preston Catholic college, a local grammar, he met Elizabeth Mercer at a school dance, for once beating the cross-country champion across the floor. They married in 1969, by which time Mike was on a Post Office scholarship to study electrical engineering at Imperial College, London, supported throughout by extra work taken on by his parents. 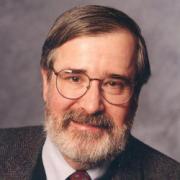 Edmund Melson Clarke, Jr., a celebrated American academic who developed methods for mathematically proving the correctness of computer systems, died on December 22, 2020 at the age of 75 from complications of COVID-19. Clarke was awarded the A.M Turing Award in 2008 with his former student E. Allen Emerson and the French computer scientist Joseph Sifakis, for their work on model checking. "I've never liked to fly, although I've done my share of it. I wanted to do something that would make systems like airplanes safer," Clarke said in a 2014 video produced by the Franklin Institute when he was awarded their 2014 Bower Award and Prize for Achievement in Sciencea "For his leading role in the conception and development of techniques for automatically verifying the correctness of a broad array of computer systems, including those found in transportation, communications, and medicine." Model checking is a practical approach for machine verification of mathematical models of hardware, software, communications protocols, and other complex computing systems.

Embodied agents is a term used to denote intelligent agents, which are a component of devices belonging to the Internet of Things (IoT) domain. Each agent is provided with sensors and actuators to interact with the environment, and with a 'controller' that usually contains an artificial neural network (ANN). In previous publications, we introduced three software approaches to design, implement and test IoT embodied agents. In this paper, we propose a reference model based on statecharts that offers abstractions tailored to the development of IoT applications. The model represents embodied agents that are controlled by neural networks. Our model includes the ANN training process, represented as a reconfiguration step such as changing agent features or neural net connections. Our contributions include the identification of the main characteristics of IoT embodied agents, a reference model specification based on statecharts, and an illustrative application of the model to support autonomous street lights. The proposal aims to support the design and implementation of IoT applications by providing high-level design abstractions and models, thus enabling the designer to have a uniform approach to conceiving, designing and explaining such applications.

Robert A. Altman, the co-founder of video game company ZeniMax Media, which published top franchises including The Elder Scrolls and Fallout, has died. His cause of death was not immediately clear. Publisher Bethesda Softworks confirmed Altman's passing through a statement on Twitter. "He was a true visionary, friend, and believer in the spirit of people and the power of what they could accomplish together," reads a portion of Bethesda's statement. "He was an extraordinary leaders, and an even better human being."

Joining the incoming PhD class at Carnegie Mellon in the late 1980s, I was lucky to have incredible opportunities for faculty advisors and mentors in AI. Jaime Carbonell was among the more junior faculty, continuing the research that he started in his PhD combining natural language, planning, and machine learning. His thesis work addressed how people with different perspectives approach a discussion topic, through reasoning about commonalities and differences, planning how to counter previous points made by the other party, and generating dialogue utterances that took the conversation in an intended direction. I remember asking him why he did not pursue a more focused topic that may have had more impact. He argued that taking an integrated view on intelligence enables us to do better research in AI.