"AI for Ukraine" is a series of workshops and lectures held by international artificial intelligence experts to support the development of Ukraine's tech community during the war. Montreal), Alex J. Smola (Amazon Web), Sebastian Bubeck (Microsoft), Gaël Varoquaux (INRIA), and many other well-known specialists have joined the initiative. This is a non-commercial educational project by AI HOUSE – a company focused on building the AI/ML community in Ukraine and is part of the Roosh tech ecosystem. All proceeds collected upon registration will be donated to the biggest Ukrainian charity fund "Come Back Alive". It's been five months of a completely new reality for every single Ukrainian, one with sirens, bombings, pain, and war.

The right and wrong way to use artificial intelligence

For decades, scientists have been giddy and citizens have been fearful of the power of computers. In 1965 Herbert Simon, a Nobel laureate in economics and also a winner of the Turing Award (considered "The Nobel Prize of computing"), predicted that "machines will be capable, within 20 years, of doing any work a man can do." His misplaced faith in computers is hardly unique. Sixty-seven years later, we are still waiting for computers to become our slaves and masters. Businesses have spent hundreds of billions of dollars on AI moonshots that have crashed and burned. Watson" was supposed to revolutionize health care and "eradicate cancer." 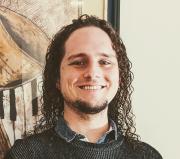 Robert Logan, and co-authors Alexandre Passos, Sameer Singh and Ming-Wei Chang, won a best new task award at NAACL 2022 (Annual Conference of the North American Chapter of the Association for Computational Linguistics) for their paper FRUIT: Faithfully Reflecting Updated Information in Text. Here, Robert tells us about their methodology, the main contributions of the paper, and ideas for future work. Our paper introduces the new task of faithfully reflecting updated information in text or FRUIT for short. Given an outdated Wikipedia article and new information about the article's subject, the goal is to edit the article's text to be consistent with the new information. Textual knowledge bases such as Wikipedia are essential resources for both humans and machine learning models.

A new display in the Computer History Museum in Mountain View, California recognizes Cerebras Systems's "WSE-2," its second-generation chip, as achieving a decades'-long quest to make a single chip from an entire silicon wafer. Technology is one of the most preservative practices in the world, in the sense that every invention builds upon the successes and failures that have come before it. On Wednesday, AI startup Cerebras Systems was honored for carrying on that tradition in a ceremony at The Computer History Museum in Mountain View, California. The Museum has put up a display featuring the "Wafer-Scale Engine 2," or WSE-2, the second version of the company's AI chip that is the biggest computer chip ever made. The chip was introduced last year to run new versions of Cerebras's supercomputer, the CS-2.

Are We Witnessing the Next Evolution of Artificial Intelligence?

Congratulations to the authors of the #IJCAI2022 distinguished papers

The IJCAI distinguished paper awards recognise some of the best papers presented at the conference each year. This year, three articles were named as distinguished papers. The winners were selected by the associate programme committee chairs, the programme and general chairs, and the president of EurAI. Abstract: The metric distortion framework posits that n voters and m candidates are jointly embedded in a metric space such that voters rank candidates that are closer to them higher. A voting rule's purpose is to pick a candidate with minimum total distance to the voters, given only the rankings, but not the actual distances.

Abstract: Scientific machine learning (SciML) is the burgeoning field combining scientific knowledge with machine learning for data-efficient predictive modeling. We will introduce SciML as the key to effective learning in many engineering applications, such as improving the fidelity of climate models to accelerating clinical trials. This will lead us to the question on the frontier of SciML: what about stiffness? Stiffness is a pervasive quality throughout engineering systems and the most common cause of numerical difficulties in simulation. We will see that handling stiffness in learning, and thus real-world models, requires new training techniques.

At a time when the US and China are divided on everything from economics to human rights, artificial intelligence is still a point of particular friction. With the potential to revolutionize everything from food production and health care to financial markets and surveillance, it's a technology that sparks both optimism and paranoia. One of the field's most influential figures is Andrew Chi-Chih Yao, whose education and professional life have straddled the world's two biggest economies. China-born and Harvard-trained, Yao is his country's only recipient of the Turing Award, computer science's equivalent of a Nobel Prize. After almost 40 years in the US, he returned to China in 2004.

At a time when the US and China are divided on everything from economics to human rights, artificial intelligence is still a point of particular friction. With the potential to revolutionise everything from food production and health care to financial markets and surveillance, it's a technology that sparks both optimism and paranoia. One of the field's most influential figures is Andrew Chi-Chih Yao, whose education and professional life have straddled the world's two biggest economies. China-born and Harvard-trained, Yao is his country's only recipient of the Turing Award, computer science's equivalent of a Nobel Prize. After almost 40 years in the US, he returned to China in 2004.

To the right, search space, where all states with the same initial-state distance (g) and estimated goal distance (h) are represented by a single binary decision diagram (to the left), and only those whose g h solution cost need to be considered. Daniel Fišer, Álvaro Torralba and Joerg Hoffmann won an outstanding paper runners-up award at AAAI 2022 for their paper Operator-potential heuristics for symbolic search. Here, Álvaro tells us more about the field of optical planning, their methodology, and how potential heuristics can be used in symbolic search with very positive results. At a very general level, the research is on automated planning. This is a sub-area of AI where we try to answer the question: what is the best way to act given our knowledge of the world?