The Genesis GV80 luxury SUV has a lot riding on its broad shoulders. The BMW X5 and Mercedes-Benz GLE rival carries the future of Hyundai's fledgling luxury offshoot in Australia and beyond. Expected to arrive locally mid-year, it joins the new Genesis G70 and G80 sedan duo to fill an important void for Hyundai's luxury brand. Its bold exterior design cues, including a bluff grille, 22-inch wheels and split LED lights will appear on its more conservative four-door cousins in the near future. The interior brings a choice of five or seven seats in the South Korean home market, along with a whopping 14.5-inch digital display stacked with technology to rival Europe's best.

Cows CHAT to each other about food and the weather and can even express emotions, study finds

Cows have their own language and talk to each other about food and the weather, according to a new study by scientists in Australia. They created a software programme dubbed'Google Translate for cows' to get a better idea of what the heifers were saying when they go'moo'. The study, by a PhD candidate from the University of Sydney, discovered that dairy cows also respond to positive and negative emotional situations. Cows each have their own individual voice and linked their moods to their'moos', said lead author Alexandra Green. Biologists made the discovery by listening to Holstein-Fresian heifer cattle, a European breed, mooing into a microphone and analysing the pitch.

Guided by the goal of obtaining an optimization algorithm that is both fast and yielding good generalization, we study the descent direction maximizing the decrease in generalization error or the probability of not increasing generalization error. The surprising result is that from both the Bayesian and frequentist perspectives this can yield the natural gradient direction. Although that direction can be very expensive to compute we develop an efficient, general, online approximation to the natural gradient descent which is suited to large scale problems. We report experimental results showing much faster convergence in computation time and in number of iterations with TONGA (Topmoumoute Online natural Gradient Algorithm) than with stochastic gradient descent, even on very large datasets. Papers published at the Neural Information Processing Systems Conference.

For months, Australia has been ravaged by bushfires. These massive fires, fueled by lengthy droughts and high temperatures, have caught the world's attention as lives have been lost and entire towns have been evacuated. But even as the firefighters push back against the flames, another kind of flame war has emerged: the debate over whether or not changes in the world's climate are responsible for the devastating scale of the bushfires. As it turns out, deep learning techniques may have already provided some crucial answers. A few years ago, the seemingly increasing frequency of Australian bushfires had already caught the attention of a group of Tasmanian researchers.

A mechatronic engineering student from Australia's Curtin University had developed an intelligent system capable of reading people's emotions in real-time. This project offers potential benefits for national security as well as health authorities. According to a recent press release, three artificial intelligence (AI) algorithms were used to create the system. The algorithms are capable of assessing emotional reactions via the monitoring of real-time video footage. Final-year student, Mr. Jordan Vice, was invited to present his work to the First IEEE International Conference on Cognitive Machine Intelligence held in Los Angeles recently.

Artificial intelligence and machine learning (AI/ML) systems are growing exponentially around the world and is estimated to generate AU$22.17 trillion to the global economy by 2030. The Australian Government's Artificial Intelligence Technology Roadmap, developed by Data61, identified Australia's need for up to 161,000 new specialist AI workers by 2030. Stuart Ayres, NSW Minister for Jobs, Investment, Tourism and Western Sydney, said: "NeurIPS 2021 will propel Australia's research and innovative discoveries to the forefront – bringing with it opportunities for trade and investment and talent attraction as well as helping to build Sydney's brand as an intellectual capital." Dr. Terrence Sejnowski, President of the NeurIPS Foundation, agreed that it was a "significant step" bringing the conference to Australia. It will be the first time NeurIPS is held in the Asia-Pacific region, and only the third time it has been held outside North America.

Twenty IT leaders look into their crystal balls to predict the technologies and trends that will drive the sector in 2020. CIO Australia asked Australian technology bosses about their top line predictions for 2020, the technologies that will have the greatest impact next year, and what top trends will impact the IT and business landscape. Here are the predictions from IT leaders across vendor land to CIOs and CTOs across a host of industries. Intelligent systems (machine learning, artificial intelligence and automation) are the top trends in 2020. Intelligent systems will have a significant impact on increasing situational awareness (insights) and using these insights to enhance decision making – to deliver optimal outcomes for customers.

When Microsoft CEO Satya Nadella visited New Zealand three years ago, it was an event on the tech calendar. Friday's Translator announcement made his latest visit a cultural milestone. More than 1000 industry leaders and media filled the room at Auckland's Eden Park where Satya announced the addition of te reo Māori to Microsoft Translator, alongside the 60 languages already supported by the free application. The move will enable anyone around the world to translate text to and from te reo Māori. At a time when just 3 per cent of Kiwis speak te reo Māori, yet Prime Minister Jacinda Ardern is calling for 1 million additional speakers by 2040, it's crucial that people have the tools to engage with each other in te reo Māori in their everyday lives.

Cyclists, whether they be food delivery riders or MAMILs, are infamous for doing everything they can to conserve their hard-won speed, even if it means running a red light or careering into the way of pedestrians on the footpath. But new work from IBM Research Australia and RMIT's Exertion Games Lab, however, is looking to avoid tiresome stops or dangerous behaviour by using artificial intelligence (AI) to catch the'green wave' of traffic signals. It's well known many cyclists jump traffic signals or make legally questionable deviations to maintain momentum getting from A to B. If you're an underpaid international student under Dickensian food delivery conditions, there's simply no other way. That could be about to change. In a project dubbed'Ari the e-bike,' the researchers used traffic data and'green wave' modelling from VicRoads and internet of things (IoT) technologies to help the rider regulate their speed to match cycles of green traffic lights. 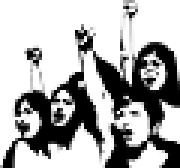 The history of the government of people is superficially a history of the tensions between personal liberty and social responsibility for the greater good. This is what we're taught about as children and yet I personally believe the major purpose of education is not literacy or numeracy but social conditioning to this mythical golden thread that runs through the polite fabric of societies. At a deeper level, this tension between liberty and responsibility realizes itself in the western economic model as a race for acquiring capital. If we have a lot of money we will be free to do what we want. Similarly to Turing who thought in 1950 that the Turing Test would already be passed, Keynes's view in the 1930s that automation would liberate us from work in 2030 has not come to pass.