In early March, a gleaming white submarine called Alvin surfaced off the Atlantic coast of North Carolina after spending the afternoon thousands of feet below the surface. The submarine's pilot and two marine scientists had just returned from collecting samples around a methane seep, an oasis for carbon-munching microbes and the larger species of bottom dwellers that feed on them. It was the final dive of a month-long expedition that had taken the crew from the Gulf of Mexico up the East Coast, with stops along the way to explore a massive deep sea coral reef that had recently been discovered off the coast of South Carolina. For Bruce Strickrott, Alvin's chief pilot and the leader of the expedition, these sorts of missions to the bottom of the world are a regular part of life. Since he first started working on Alvin as an engineer nearly 25 years ago, Strickrott has logged more than 2,000 hours in the deep ocean, where he learned to expertly navigate the seabed's alien landscape and probe for samples with the submarine's spindly robotic arms.

One of the world's most endangered whales was spotted swimming with a newborn in the waters off South Carolina's Hilton Head island. A drone camera captured footage of a 50-ton North Atlantic right whale and her calf frolicking about four miles from shore. According to the boat captain who spotted the pair on Friday, the mother was 50 feet long and the calf was close to 15 feet. The North Atlantic right whale is among the rarest of marine mammals, with less than 400 left in the world. Collisions with boats and entanglement in lobster nets are the main reason they are critically endangered.

BEGIN ARTICLE PREVIEW: According to doctors, the new program has helped patients receive the care they need, shorten hospital stays, and created better outcomes. COLUMBIA, S.C. — The Dorn VA Hospital in Columbia has started a new program with robotic surgery that’s making a big difference for patients. Doctor Kurt Fichtner is a surgeon at the Dorn VA Hospital in Columbia. He says they started their robotic surgery program earlier on in the year. “The robot was brought in November/December time frame last year. We underwent training and began doing some of our first cases in the January/February time frame,” said Dr. Fichtner. Even with the coronavirus pandemic, Dr. Fichtner says he’s had 50 total cases himself and another five or six cases for the other surgeon who’s a part of their progr

When you want the public to trust your use of controversial facial recognition technology linked to two prominent wrongful arrests of Black men, it's perhaps best not to claim you aren't using it in the first place. The Los Angeles Police Department was on the defensive Monday after a Los Angeles Times report found that, despite previous statements to the contrary, the LAPD does in fact use facial recognition tech -- often, in fact. What's more, the software in question, a product of South Carolina company DataWorks Plus, is itself no stranger to controversy. According to the Times, over 300 LAPD officers have access to facial recognition software, and the department used it almost 30,000 times between November of 2009 and September of this year. In 2019, LAPD spokesperson Josh Rubenstein painted a very different picture of his department's relationship with facial recognition tech.

How I discovered the magic of wholesome travel games

When even walking to the store can be a risky proposition, travel became one of those things I had to put on hold this year. I cancelled one trip to Charleston, South Carolina and didn't even bother booking the others I had planned. But the itch to explore didn't go away; in fact it intensified as the months dragged on, and I've had to turn to video games to scratch it. At first my needs were relatively modest. Like many others, I dove headfirst into Animal Crossing: New Horizons, making my island into a giant campground and picnic area of sorts -- a replica of the parks I couldn't visit now.

Diagnosing emphysema and classifying its severity have long been more art than science. "Everybody has a different trigger threshold for what they would call normal and what they would call disease," said U. Joseph Schoepf, M.D., director of cardiovascular imaging for MUSC Health and assistant dean for clinical research in the Medical University of South Carolina College of Medicine. And until recently, scans of damaged lungs have been a moot point, he said. "In the past, if you lost lung tissue, that was it. The lung tissue was gone, and there was very little you could do in terms of therapy to help patients," he said. 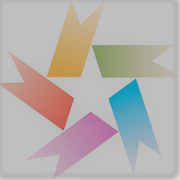 The Greater Summerville Chamber of Commerce along with Dorchester Economic Development held a virtual, Industry Appreciation event. The virtual gathering, presented by TD Bank, took on the challenging subject of Artificial Intelligence (A.I.). Cathy Hayes from the South Carolina Research Authority, began discussing the modern industrial revolution or Industry 4.0, by saying, when it comes to adopting A.I. companies need to start small and foster a modern culture with a fresh mindset. Traditional thinkers are not welcome and for good reason. Artificial Intelligence has already arrived in everyday life.

In a new short video that has surfaced on TikTok, apes have been spotted flying drones. The drone is an Autel Robotics Evo and the apes are located in a Myrtle Beach Safari in South Carolina. The video was taken by photographer Nick B. and shows two apes flying a drone. One is standing up using the drone's controller while the other sits beside him holding the drone's case. The video is particularly impressive as the ape seems very much in control of the drone.

Artificial intelligence: A backup and excellent benefit for radiologists

Diagnosing emphysema and classifying its severity have long been more art than science. "Everybody has a different trigger threshold for what they would call normal and what they would call disease," said U. Joseph Schoepf, M.D., director of cardiovascular imaging for MUSC Health and assistant dean for clinical research in the Medical University of South Carolina College of Medicine. And until recently, scans of damaged lungs have been a moot point, he said. In the past, if you lost lung tissue, that was it. The lung tissue was gone, and there was very little you could do in terms of therapy to help patients.