Jobs will be very different in 10 years. Here's how to prepare

For emerging and developing nations, lower rates of Internet access further widens the digital skills divide. For example, a 2013 Pew Research Center study demonstrated that while 84% of the adult population uses the internet in the United States, only 8% of adults do so in Pakistan and 26% in Ghana. This geographic divide affects developed countries as well, where refugees and migrants from developing countries are especially vulnerable. In Germany, only 45 percent of Syrian refugees have a school-leaving certificate, and only 23% hold a college degree. These refugees lag behind Germans in terms of skills and education background, factors that make upward mobility difficult, as only 8% are hired as skilled workers.

The Future of Voice Tech by Max Amordeluso

Max Amordeluso is the Lead Evangelist for Amazon Alexa in Europe. His main mission is to introduce Alexa to European developers and demonstrate how they can build natural and delightful voice experiences for customers. Max has held several technical leadership roles during a career spanning over 15 years--prior to his current role, he led the teams that brought Alexa Skills Kit to the United Kingdom and Germany and spent the previous two years leading the Solutions Architects team for Amazon Web Services in Europe. Max is passionate about topics including Human-Computer Interaction, the Internet of Things and the materialization of science fiction predictions Join us in this video, as Max takes us through the advancements in speech understanding. There is growth in the way that we can communicate with technology, we can now take part in more complex conversations, ask them to make reservations for restaurants, ask them to set reminders.

As 2020 rolls in, Copyright Clearance Center's Roy Kaufman looks at key developments in academic publishing--with advice for what lies ahead in AI, metadata, and customer experience. At that time, the final contract was expected by the end of the year, and the arrangement was to be open to all member-institutions of Projekt DEAL, which comprises more than 700 publicly and privately funded academic and research organizations in Germany. On Thursday (January 9), media messaging from Springer Nature's director of communications, Susie Winter, indeed informed us that "Springer Nature and MPDL Services GmbH on behalf of Projekt DEAL today announce that the formal contract for the world's largest transformative open access (OA) agreement to date has been signed. Dated January 1, the agreement provides OA publishing services and full reading access to Springer Nature journals to scholars and students from across the German research landscape. "It follows the Memorandum of Understanding (MOU) signed between the two parties on August 22, and is a giant step forward in the OA transition, enabling greater visibility, impact, efficiency, transparency, and sustainability in the dissemination of the fruits of German research, for the benefit of researchers everywhere." A full text of the agreement is to be released by the end of this month, and the deal is to be in force through 2022, with an option to renew for one more year, through 2023. And today (January 10), as we look at the new year opening with this on-time arrival of the self-styled "world's largest transformative open access agreement to date," we've turned to Roy Kaufman, Copyright Clearance Center's managing director for business development and government relations, for his take on where things are headed. The trend represented by the Projekt DEAL library consortium in Germany, Kaufman says, is unmistakable. "Major STM publishers are inking wide-ranging deals with customers on a national or even broader scale," he says. "In April, Elsevier inked an innovative'read and publish' agreement"--referred to as a RAP deal--"with the Norwegian academic community.

Selfless parrots get by with some help from their friends 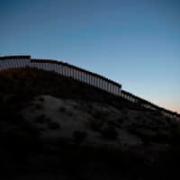 WASHINGTON – Acting selflessly to help others in need was long thought to be a trait confined to mammals, in particular humans and great apes. But a new study has found that African gray parrots volunteer assistance to both their good friends and mere acquaintances -- even when there is no expectation of personal gain. The paper, published Thursday in the journal Current Biology, advances our knowledge of the evolution of cooperation and social intelligence, co-author Auguste von Bayern of the Max Planck Institute for Ornithology in Starnberg, Germany, said. Both parrots and birds such as crows and ravens are renowned for their extraordinary problem-solving skills, and are sometimes called "feathered apes." Alex, the famous Harvard-based African gray parrot that died in 2007, developed a vocabulary of over 100 words, could identify colors and quantify objects up to the number six, among many other accomplishments.

"She" goes missing from presidential language

Throughout most of 2016, a significant percentage of the American public believed that the winner of the November 2016 presidential election would be a woman -- Hillary Clinton. Strikingly, a new study from cognitive scientists and linguists at MIT, the University of Potsdam, and the University of California at San Diego shows that despite those beliefs, people rarely used the pronoun "she" when referring to the next U.S. president before the election. Furthermore, when reading about the future president, encountering the pronoun "she" caused a significant stumble in their reading. "There seemed to be a real bias against referring to the next president as'she.' This was true even for people who most strongly expected and probably wanted the next president to be a female," says Roger Levy, an MIT professor of brain and cognitive sciences and the senior author of the new study.

Buoyed by a $550M mega-round, funding for artificial intelligence companies in healthcare reached almost $1.6B in Q3'19. AI in healthcare companies peaked in both deals and dollars in Q3'19. Companies in the space raised almost $1.6B across 103 financing rounds in the third quarter, making it the top-funded sub-sector analyzed in CB Insights' latest Global Healthcare Report. Download the free report to find out more funding and investment trends from Q3'19. Leading the way for the quarter was Babylon Health, which raised a $550M mega-round from investors including the Public Investment Fund of Saudi Arabia, Munich Re Ventures, "a large US-based insurer" (speculated to be Centene), Kinnevik, and Vostok New Ventures.

Increased rollouts of 5G in 2020 will unlock the development of more advanced technologies, said Gianfranco Lanci, corporate president and chief operating officer at Lenovo. With potential speeds of up to 10Gbps, under ideal conditions, 5G is set to be as much as 20-times faster than 4G, Lanci said. It's the additional benefits of greater stability and lower latency though that make it an all-round win. "The reason everyone is so keen for 5G to roll out is because those combining factors mean it is the key to unlocking the development of more advanced technologies such as artificial intelligence, machine learning, edge computing and others." South Korea, the United Kingdom, Germany, and the United States are currently leading the 5G rollout race.

The world's first artificially intelligent "inventor" has been rejected by British and European patent authorities, marking an historic moment in an ongoing debate around the role of creative machines. In July last year, an international squad of legal experts challenged patent authorities around the world to recognise the "inventorship" of artificial intelligence, arguing that the current regimes were outdated and do not protect machines' creative output. The nine-strong group, led by University of Surrey professor Ryan Abbott, made headlines after submitting patents designed by an artificially intelligent machine with the US, UK and European authorities. They have since filed more applications in Germany, Israel, Taiwan and China. The team is battling for recognition of a particular AI inventor called Dabus.

The High-Performance Computing Center Stuttgart (HLRS) has contracted with supercomputer manufacturer Cray, a Hewlett-Packard Enterprise company, to install a new Cray CS-Storm GPU-accelerated supercomputer. The new machine will complement HLRS's current infrastructure for high-performance computing by addressing user demand for processing-intensive applications like machine learning and deep learning. The system is designed for artificial intelligence (AI) applications and includes the Cray Urika-CS AI and Analytics suite, enabling HLRS to accelerate AI workloads, arm users to address complex computing problems, and process more data with higher accuracy. The machine will be used in developing AI models in engineering, automotive, energy, and environmental industries and academia. "As we extend our service portfolio with AI, we require an infrastructure that can support the convergence of traditional high-performance computing applications and AI workloads to better support our users and customers," said Prof. Dr. Michael Resch, director at HRLS. "We've found success working with our current Cray Urika-GX system for data analytics, and we are now at a point where AI and deep learning have become even more important as a set of methods and workflows for the HPC community. Our researchers will use the new CS-Storm system to power AI applications to achieve much faster results and gain new insights into traditional types of simulation results." 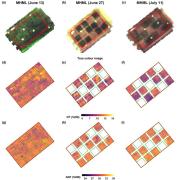 The timely knowledge of forage quality of grasslands is vital for matching the demands in animal feeding. Remote sensing (RS) is a promising tool for estimating field-scale forage quality compared with traditional methods, which usually do not provide equally detailed information. However, the applicability of RS prediction models depends on the variability of the underlying calibration data, which can be brought about by the inclusion of a multitude of grassland types and management practices in the model development. Major aims of this study were (i) to build forage quality estimation models for multiple grassland types based on an unmanned aerial vehicle (UAV)-borne imaging spectroscopy and (ii) to generate forage quality distribution maps using the best models obtained. The study examined data from eight grasslands in northern Hesse, Germany, which largely differed in terms of vegetation type and cutting regime.