Even the Pandemic Doesn't Stop Europe's Push to Regulate AI

When DeepMind, the artificial intelligence company owned by Google parent Alphabet Inc., released its predictions about some of the building blocks of the virus that causes Covid-19 in early March, it gave medical researchers a small but potentially important clue that could help them develop a vaccine and treatments for the respiratory illness. The company's deep learning system, AlphaFold, which predicts the shapes of proteins when no similar structures are available, is just one example of the powerful role AI is playing in the fight against the novel coronavirus. The innovations that DeepMind and others are rapidly rolling out could be complicated by AI laws to be unveiled by the European Union this year. Even as the coronavirus upends business, economic, and legislative plans the world over, the EU is pushing ahead with its AI policy proposal, which would make it a global leader in regulating the sector. The European Commission, the bloc's executive body, released its plan in February, calling for public feedback by the end of May.

Throughout history, epidemics and chronic diseases have claimed the lives of many people and caused major crises that have taken a long time to overcome. The 2019 novel coronavirus (COVID-19) pandemic appeared in Wuhan, China in December 2019 and has become a serious public health problem worldwide. It is an acute resolved disease, but it can also be deadly, with a 2% case fatality rate. The early and automatic diagnosis of Covid-19 may be beneficial for timely referral of the patient to quarantine, and monitoring of the spread of the disease. Some tests requiring significant time to produce results (days), and a projected up to 30% false positive rate, other timely approaches to diagnosis are worthy of investigation. 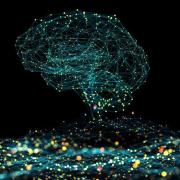 It's too early to quantify the economic impact of the global COVID-19 pandemic, but because of this outbreak compounded with the U.S.-China trade war, global supply chains and businesses linked to the world's second-biggest economy are being impacted. As I sit here in Singapore and monitoring the spread of the outbreak in Asia and beyond, the mounting human cost is also especially of deep concern to me. But even amid adversity comes the opportunity for innovation and invention. Chinese tech companies Alibaba, Tencent and Baidu have opened their artificial intelligence (AI) and cloud computing technologies to researchers to quicken the development of virus drugs and vaccines. U.S.-based medical startups are using AI to rapidly identify thousands of new molecules that could be turned into potential cures.

In China, doctors use artificial intelligence tools provided by Huawei Technologies Co. to detect signs of Covid-19 in CT scans. Chinese tech giant Baidu Inc. devised an algorithm that can analyze the biological structure of the new coronavirus and made it available to scientists working on a vaccine. AI is also behind biometric identification systems being rolled out by governments to track the virus and enforce lockdown efforts, including temperature screening systems deployed throughout Beijing and CCTV cameras hooked up to facial-recognition software in Moscow. "AI is being used to fight the virus on all fronts, from screening and diagnosis to containment and drug development," says Andy Chun, an adjunct professor at City University of Hong Kong and AI adviser at the Hong Kong Computer Science Society, a nonprofit industry group. The pandemic is opening up a massive opportunity for the tech industry, while it shines a light on calls for more scrutiny of AI innovations being developed faster than regulators are able to devise rules to protect citizens' rights.

Huawei Cloud joins in the fight against COVID-19 using technology that includes cloud and artificial intelligence (AI). The company crafted an international action plan which will allow collaborators to use AI and cloud services for free. "Huawei Cloud has been working with partners in China to use innovative technologies such as cloud and AI to fight the pandemic and has accumulated practical experience with AI-assisted CT scan analysis, drug discovery, online education, and telecommuting technologies, " said Deng Tao, president of Huawei Cloud Global Market. "Now, we are launching this international action plan to share our practical experience with the international market. We will make every effort to leverage technology to help our customers around the world cope with the challenges faced in the midst of this crisis."

An artificial intelligence tool is being developed which researchers hope could be used to predict which coronavirus patients will suffer life-threatening lung damage. The team behind the initial study reported 80% accuracy in its predictions of which patients would develop acute respiratory distress syndrome (ARDS) - which can be fatal in severe COVID-19 cases. The aim of the research is to provide hospitals with a tool to help decide which patients cans safely be sent home and which will need beds and potentially breathing equipment allocated to them. The AI tool used data on 53 patients from two hospitals in China, who all tested positive for coronavirus in January. ARDS is a condition where the lungs, inflamed by serious infection such as pneumonia, cannot provide the body's vital organs with enough oxygen.

Making new friends, or even catching up with old ones, can be hard enough when you're 93 years old and living in fear of the coronavirus. Which is why Chui Dip-sai has been so grateful for Temi, an Israeli-developed service robot that has become the Hong Kong nursing home resident's constant companion after city-wide lockdowns have kept family and friends away. "It is very easy to use," Chui told the Nikkei Asian Review in a video interview facilitated by the Cantonese-speaking robot on wheels. "I always talk with Temi, and I don't feel bored anymore." With a tablet-like screen for a face, and voice control powered by Google, Temi can keep Chui entertained for hours with music, videos and other diversions.

Against a backdrop of startling international developments, such as Brexit and the Hong Kong protests, Japan's financial sector is uniquely positioned to step out of the shadows of its competitors in Singapore and Hong Kong. This is the assessment of The Organization of Global Financial City Tokyo -- also known as FinCity.Tokyo -- which, on March 19, held its FinCity Global Forum at the Grand Hyatt Tokyo in Roppongi to explore the opportunities and challenges that await Japan in its pursuit to become a top global financial hub. Established in April 2019, FinCity.Tokyo is an organization that promotes Tokyo as a global financial hub and supports foreign financial services firms set up in Tokyo. In addition to the keynote and other speeches, the forum consisted of a series of panel discussions that invited industry veterans to discuss a wide array of topics, ranging from regional revitalization and socially oriented asset management to competition and collaboration among international financial cities. The first panel, centered on the theme of "Advancement of the Asset Management Industry and Global Financial City Initiative," invited panelists Yasumasa Tahara, director of the strategy development division at the Financial Services Agency; Kazuhide Toda, managing executive officer and chief investment officer at Nippon Life Insurance Company; and Oki Matsumoto, chairman and CEO at Monex Group Inc., to share their thoughts on how the industry can improve its asset management environment.

How Hospitals Are Using AI to Battle Covid-19 We've made our coronavirus coverage free for all readers. To get all of HBR's content delivered to your inbox, sign up for the Daily Alert newsletter. On Monday March 9, in an effort to address soaring patient demand in Boston, Partners HealthCare went live with a hotline for patients, clinicians, and anyone else with questions and concerns about Covid-19. The goals are to identify and reassure the people who do not need additional care (the vast majority of callers), to direct people with less serious symptoms to relevant information and virtual care options, and to direct the smaller number of high-risk and higher-acuity patients to the most appropriate resources, including testing sites, newly created respiratory illness clinics, or in certain cases, emergency departments. As the hotline became overwhelmed, the average wait time peaked at 30 minutes.