Viewpoint: What Donald Trump gets wrong about Somalia

In our series of letters from African journalists, Ismail Einashe considers how Somalia has become caught up in the US election campaign. President Donald Trump is making Somali-American congresswoman Ilhan Omar one of the bogeywomen of his campaign for re-election to the White House in November - and by proxy her country of birth Somalia. In his most recent attack, at a campaign rally in Tulsa, Oklahoma, he tore into the 37-year-old alleging that she wanted to bring the "anarchy" of Somalia to the US. "She would like to make the government of our country just like the country from where she came - Somalia. And now, she's telling us how to run our country. Ms Omar, who arrived in the US as a child refugee in 1995, is the congressional representative for Minnesota, which includes the city of Minneapolis where African-American George Floyd was killed by police in May, reigniting Black Lives Matter protests. But it was Ms Omar's Somali heritage the president chose to focus on in Tulsa, perhaps to distract from all the turmoil and unrest closer to home. In response Ms Omar said his remarks were "racist". She added that his anger came out of a recent poll that had shown him trailing his rival, Democratic presidential candidate Joe Biden, in her state, which is home to a large Somali-American community. The president described Ms Omar as a "hate-filled, American-bashing socialist", warning she would have a role in shaping the country if Mr Biden were to win. This is despite the fact that the pair are on the opposite ends of the Democratic Party - Ms Omar had been a prominent supporter of Bernie Sanders to win the Democratic ticket. But such rhetoric plays well to his base, so the electoral stage has been set, the cast chosen - and Ms Omar and Somalia have starring roles. In fact they both debuted last year at Mr Trump's rally in North Carolina where the crowd chanted about Ms Omar: "Send her back!

The United States military has not adequately investigated two air raids in Somalia earlier this year that have killed at least seven civilians, including a child, according to the Human Rights Watch (HRW). In a report released on Tuesday, the rights group said the killing of the civilians was in apparent violation of the laws of war. The HRW was referring to incidents on February 2 and March 10 in Jilib and Janaale, where no evidence of a military target involving the al-Shabab armed group was found, according to the report. Al-Shabab is an al-Qaeda-linked group fighting to overthrow Somalia's internationally recognised government. It once controlled much of the country, but it was forced out of the capital, Mogadishu, in 2011 and has since lost most of its other strongholds.

Together with the UN Refugee Agency (UNHCR) 34 collaborators built several AI and machine learning based solutions to predict forced displacement, violent conflicts, and climate change in Somalia. In addition, an exploratory data analysis resulted in powerful insights regarding conflict types, areas, and reasons. The findings will help UNHCR to execute necessary support mechanism for people at need in a faster and more effective way. Millions of people in Somalia are forced to leave their current area of residence or community due to resource shortage and natural disasters like droughts and floods as well as violent conflicts. Our challenge partner, UNHCR, provides assistance and protection for those who are forcibly displaced inside of Somalia.

US launches drone strikes in Somalia after deadly car bombing

ISIS is quickly recruiting to supplant existing al-Shabab fighters in Somalia to declare a more entrenched presence in the horn of Africa. Three drone airstrikes on Sunday against the Al Qaeda-linked Islamic terrorist group Al-Shabab in Somalia killed four militants, according to the U.S. military. U.S. Africa Command officials said an initial assessment concluded that two airstrikes killed two militants and destroyed two vehicles in Qunyo Barrow, and the third airstrike killed two militants in Caliyoow Barrow. The precision airstrikes, which were in coordination with the Somali government, came a day after a truck bombing in Somalia's capital killed at least 78 people. People salvaging goods after a car bomb destroyed shops in Mogadishu, Somalia, on Saturday.

How ready is India for the world of artificial intelligence (AI)? This question is answered in one of the latest global lists researched and created by Oxford Insights and commissioned by Canada's International Development Research Centre. It is called the Government Artificial Intelligence Readiness Index. The just released index measures 194 countries on a scale of 1-10 on how ready their governments are to embrace and make use of a world dominated by artificial intelligence. At the very top of the list is Singapore with a score of 9.186 and at the bottom is Somalia which scores 0.168.

The conflicts in Somalia have reached alarming levels, year after year many people are victimized by disputes of territory and dominance of spaces. The problem has reached intolerable levels in the international community. This report aims to inform intervention actions through insights that are placed as strategic tools for facing the presented problems. The work is part of Omdena's AI challenge in partnership with the UNHCR -- The UN Refugee Agency. The data is derived from a wide variety of local, regional and national sources and the information is collected by trained data experts around the world.

US reopens embassy in Somalia after 28 years

Suicide car bomber attacks military airstrip used for U.S. drone mission; reaction and analysis from retired four-star Gen. Jack Keane, Fox News senior strategic analyst. The United States Embassy in Mogadishu, Somalia, has reopened after being closed for 28 years, officials said Wednesday. "The reestablishment of Embassy Mogadishu is another step forward in the resumption of regular U.S.-Somali relations, symbolizing the strengthening of U.S.-Somalia relations and advancement of stability, development and peace for Somalia and the region," the embassy said in a statement. The embassy closed on Jan. 5, 1991, after Somalia became engulfed in a civil war and the regime of Siad Barre was overthrown. The United States reestablished a permanent diplomatic presence in Mogadishu back in December, operated out of Nairobi, Kenya.

Make the Internet Your AI University and Be a Changemaker

In one event, an electronics shop close to her university was completely destroyed a few minutes after she left her laptop for repairment. This of one of many events that did not stop Munira from following her vision to improve her skills, empower other women in STEM, and use technologies such as Machine Learning to solve problems in her country and beyond. I want to solve community problems like droughts and also improve many industries in my country using Deep Learning and Computer Vision in the near future. Munira works among 40 other Collaborators in our AI for Good challenge with the UN Refugee Agency to predict forced displacement and climate change in Somalia. Read on your own what extraordinary mindset she has.

Traditionally famine is classified in five stages, from "minimal" food insecurity through "crisis" to "famine". Modelling of last year's famine in Somalia suggested intervening before stage five could reduce aid costs by 30 per cent. But the real saving, Mr Kim said, would be in preventing the permanent developmental damage done to children by malnutrition, which leaves them with "fewer neural connections" and less ability to participate in the workforce. Research shows that children born during a famine earn around 13 per cent less over their lifetime. Mr Kim said: "One of the things that has been shown in Ethiopia is that if you think a famine is coming, if you do something really simple like double the amount of cash transfers that poor people get, you can actually stop the famine from going forward. 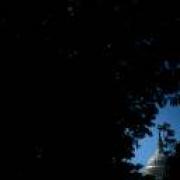 WASHINGTON – Tech giants Microsoft, Amazon and Google are joining forces with international organizations to help identify and head off famines in developing nations using data analysis and artificial intelligence, a new initiative unveiled Sunday. Rather than waiting to respond to a famine after many lives already have been lost, the tech firms "will use the predictive power of data to trigger funding" to take action before it becomes a crisis, the World Bank and United Nations announced in a joint statement. "The fact that millions of people -- many of them children -- still suffer from severe malnutrition and famine in the 21st century is a global tragedy," World Bank Group President Jim Yong Kim said in a statement. "We are forming an unprecedented global coalition to say, 'no more.' " Last year more than 20 million people faced famine conditions in Nigeria, Somalia, South Sudan and Yemen, while 124 million people currently live in crisis levels of food insecurity, requiring urgent humanitarian assistance for their survival, the agencies said. Over half of them live in areas affected by conflict.