People do grammar bad. Google's AI is hear too help.

If you stumble over your grammar, take comfort in this: Tech companies are supercharging their digital grammar editors with artificial intelligence and machine learning in an attempt to make clear, persuasive writing easier than ever. Google became the latest to enter the game last week, when the tech giant announced it would be adding an artificial intelligence-powered tool that offers automatic detection of grammar mistakes while composing messages in Gmail, as well as auto-correction of some common spelling mistakes. The company introduced a similar AI-driven function to documents in G Suite earlier this year. While some education experts applaud the advancement of high-tech grammar tools as a way to help people more clearly express their thoughts, others aren't so sure. Artificial intelligence, according to the contrarians, is only as smart as the humans who program it, and often just as biased.

Robotics teams from all over the country compete in Pennsylvania in the Subterranean Challenge to see whose robot performs best in a simulated mine disaster scenario.

Not long after the invention of computers in the 1940s, expectations were high. Many believed that computers would soon achieve or surpass human-level intelligence. Herbert Simon, a pioneer of artificial intelligence (AI), famously predicted in 1965 that "machines will be capable, within twenty years, of doing any work a man can do"--to achieve general AI. Of course, these predictions turned out to be wildly off the mark. In the tech world today, optimism is high again.

Hey Siri, Google and Alexa — enough with the snooping

Hey, Google, enough is enough already. Google was caught having contractors listening in to our conversations from its personal assistant, which sounds bad until you realize Google wasn't alone in this. Apple and Facebook were doing the same thing. And this week, Microsoft got stung by Vice's Motherboard, and now admits it, too, listens. The companies, which also include Amazon, have said they do this on a limited basis to learn and make their assistants better.

Robots powered by artificial intelligence have been popping up in hotels, airports and shopping malls. Now, they're showing up at assisted living homes, too. With names like Stevie, Paro and Pillo, these robots can do everything from keeping the elderly company to reminding them to take their medication at the right time. "Robotics has the potential to play a huge role in elder care facilities and hospitals to enable people to do more with less," says Conor McGinn, a roboticist and assistant professor at Trinity College Dublin. Watch the video above to learn more about how robots are being used in elderly care. 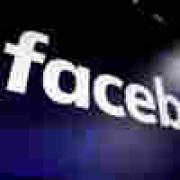 An Inability to Reproduce 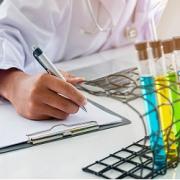 Science has always hinged on the idea that researchers must be able to prove and reproduce the results of their research. Simply put, that is what makes science...science. Yet in recent years, as computing power has increased, the cloud has taken shape, and data sets have grown, a problem has appeared: it has becoming increasingly difficult to generate the same results consistently--even when researchers include the same dataset. "One basic requirement of scientific results is reproducibility: shake an apple tree, and apples will fall downwards each and every time," observes Kai Zhang, an associate professor in the department of statistics and operations research at The University of North Carolina, Chapel Hill. "The problem today is that in many cases, researchers cannot replicate existing findings in the literature and they cannot produce the same conclusions. This is undermining the credibility of scientists and science. It is producing a crisis."

The two biggest barriers to the use of machine learning (both classical machine learning and deep learning) are skills and computing resources. You can solve the second problem by throwing money at it, either for the purchase of accelerated hardware (such as computers with high-end GPUs) or for the rental of compute resources in the cloud (such as instances with attached GPUs, TPUs, and FPGAs). On the other hand, solving the skills problem is harder. Data scientists often command hefty salaries and may still be hard to recruit. Google was able to train many of its employees on its own TensorFlow framework, but most companies barely have people skilled enough to build machine learning and deep learning models themselves, much less teach others how. 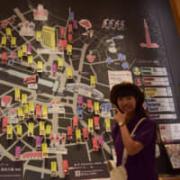 NAGOYA – The approval rate for visa applications by nationals of countries such as Myanmar and Bangladesh to study at Japanese-language schools from April is sharply down from the same month last year, school operators in Japan said Wednesday. The plunge in the percentage of visas that were approved appears to reflect efforts to crack down on foreign nationals who enter the nation to work under the guise of being students. A survey by the Japanese Language School Association in Tokyo showed that student visas were granted to just 15 percent of applicants from Myanmar, down sharply from the 76 percent approval rate seen last year, and to 21 percent of Bangladeshi applicants, down from 61 percent. The success rate for Sri Lankan applicants was 21 percent, down from 50 percent. The survey drew responses from 327 of the 708 Japanese-language schools throughout the country and collected figures regarding applications for student resident status from April, when such applications peak with the start of the new academic year.

The company hopes doing so will let any developer deliver captions for long-form conversations. The source code is available now on GitHub. Google released Live Transcribe in February. The tool uses machine learning algorithms to turn audio into real-time captions. Unlike Android's upcoming Live Caption feature, Live Transcribe is a full-screen experience, uses your smartphone's microphone (or an external microphone), and relies on the Google Cloud Speech API.