Inspired by Harry Potter's Pensieve, this entrepreneur built an AI lawyer after selling his company to Quikr

Harry Potter fans will remember Professor Albus Dumbledore's nifty memory reviewer - the Pensieve. Throughout the series, several characters used it to store their memories and rewatch them to derive insights. Taking this concept from fiction to reality, Gaurav Shrivastava, Co-founder of Zimmber, built a transparent data machine - called Pensieve - AI with Co-founder Prahlad Routh. The two were ecstatic about implementing text analytics in the legal domain and the ample growth of Machine Learning (ML) and Artificial Intelligence (AI). The duo identified that legal tech could be a thing if Natural Language Processing (NLP) is used rightly, and started Pensieve in Mumbai in 2017.

What is facial recognition - and how sinister is it?

Facial recognition technology has spread prodigiously. Google, Microsoft, Apple and others have built it into apps to compile albums of people who hang out together. It verifies who you are at airports and is the latest biometric to unlock your mobile phone where facial recognition apps abound. Need to confirm your identity for a £1,000 bank transfer? Just look into the camera.

You're already being watched by facial recognition tech. This map shows where

But these cities are in the minority. A new map produced by the digital rights nonprofit Fight for the Future illustrates just how pervasive facial recognition technology is across the country: an overwhelming number of red stars on the map indicate where local and state police are using facial recognition, including in Detroit, Michigan; Lincoln, Nebraska; and Albuquerque, New Mexico. You can toggle on and off to see the map pins for each of the groups using the technology, which include police departments (both city and state), as well as airports that use facial recognition and cities that are starting to mobilize against the technology. Facial recognition has become one of the most hotly debated technologies today because of how inaccurate it is, particularly among brown and black people--the ones who are often the target of police surveillance. However, tech companies like Amazon continue selling it to the government, prompting a backlash and a movement in local politics to create oversight and transparency for how the government is using facial recognition.

Towards New Musics: What The Future Holds For Sound Creativity

In his brilliant, provocative 1966 essay, The Prospects of Recording, Glenn Gould proposed elevating – pardon the pun – elevator music from pernicious drone to enriching ear training. In his view, the ubiquitous presence of background sound could subversively train listeners to be sensitive to the building blocks, structural forms and hidden meanings of music, turning the art form into the universal language of the emotions that it was destined to be. In a not-unrelated development, Gould had somewhat recently traded the concert hall for the recording studio, an act echoed by The Beatles' release in 1967 of Sgt. Peppers' Lonely Hearts Club Band, an album conceived and produced in a multi-track recording studio and never meant to be played in concert. And while Gould's dream of a transformative elevator music never quite panned out, it is clear that from the 1940s through the '60s -- from Les Paul and Mary Ford's pioneering use of overdubs in How High the Moon, to the birth of rock and roll with Chuck Berry's "Maybellene" in 1955, and on to Schaeffer, Stockhausen, Gould, The Beatles and many more -- a totally new art form, enabled by magnetic tape recording and processing, was born.

With a new feature, Tinder says it wants to make the swiping experience safer for its LGBTQ users traveling and living in certain countries. On Wednesday, the dating app introduced a new safety update dubbed "Traveler Alert" that will warn users who have identified themselves as lesbian, gay, bisexual, transgender and/or queer when they enter a country that could criminalize them for being out. The app plans to use the locations from users' devices to determine if there is a threat to the user's safety, where users can opt to have their profile hidden during their stay or make their profile public again. The caveat being that if a user decides to have their profile public, their sexual preference or gender identity will no longer be disclosed on the app until they return to a location where the user is deemed safer to disclose their identity. In the statement, Tinder says they developed the feature so that users "can take extra caution and do not unknowingly place themselves in danger for simply being themselves." 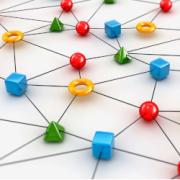 Knowledge graphs are critical to many enterprises today: They provide the structured data and factual knowledge that drive many products and make them more intelligent and "magical." In general, a knowledge graph describes objects of interest and connections between them. For example, a knowledge graph may have nodes for a movie, the actors in this movie, the director, and so on. Each node may have properties such as an actor's name and age. There may be nodes for multiple movies involving a particular actor. The user can then traverse the knowledge graph to collect information on all the movies in which the actor appeared or, if applicable, directed. Many practical implementations impose constraints on the links in knowledge graphs by defining a schema or ontology. For example, a link from a movie to its director must connect an object of type Movie to an object of type Person. In some cases the links themselves might have their own properties: a link connecting an actor and a movie might have the name of the specific role the actor played. Similarly, a link connecting a politician with a specific role in government might have the time period during which the politician held that role.

I Don't Understand My Car 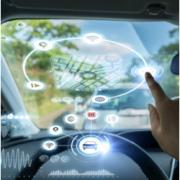 Someday, perhaps, streets and highways will host only fully autonomous vehicles, wirelessly communicating and following algorithms that let them handle any situation they encounter. For now, though, city streets are filled with pedestrians, bicyclists, delivery trucks, double-parked cars, emergency vehicles, and construction crews, as well as human-operated cars with issues of their own. In this chaotic setting, self-driving cars face additional challenges beyond rapidly analyzing the complex environment and navigating through it. They also must keep their distracted occupants informed of issues potentially requiring attention. Equally important, they must continually coordinate their actions with humans, whether in other cars or on the street.

How AI and neuroscience drive each other forwards

Chethan Pandarinath wants to enable people with paralysed limbs to reach out and grasp with a robotic arm as naturally as they would their own. To help him meet this goal, he has collected recordings of brain activity in people with paralysis. His hope, which is shared by many other researchers, is that he will be able to identify the patterns of electrical activity in neurons that correspond to a person's attempts to move their arm in a particular way, so that the instruction can then be fed to a prosthesis. Essentially, he wants to read their minds. "It turns out, that's a really challenging problem," says Pandarinath, a biomedical engineer at the Georgia Institute of Technology in Atlanta.

A bot on your office computer could be sizing you up 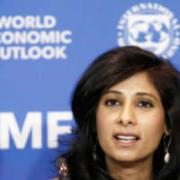 SINGAPORE - Imagine a bot on your work computer that tracks your every click and keystroke, helping determine which of your tasks could be handled by one of its robot brethren. It's McKinsey & Co.'s entry into robotic process automation, which is spreading "robots" from the factory floor to the office cubicle as advancing technologies make it easier and more economically feasible for software to perform cognitive tasks now done by humans. It's transforming office work across the world, including in the Philippines' offshoring business processing centers, which employ more than a million people and generate annual revenue equal to about 7.5 percent of the nation's gross domestic product. It could cost a lot of people their jobs, but as McKinsey noted in a report earlier this year, it could also help their companies stay competitive and even capture a bigger market share. If bots haven't reached your office yet, just wait.

Patrick Winston, a beloved professor and computer scientist at MIT, died on July 19 at Massachusetts General Hospital in Boston. A professor at MIT for almost 50 years, Winston was director of MIT's Artificial Intelligence Laboratory from 1972 to 1997 before it merged with the Laboratory for Computer Science to become MIT's Computer Science and Artificial Intelligence Laboratory (CSAIL). A devoted teacher and cherished colleague, Winston led CSAIL's Genesis Group, which focused on developing AI systems that have human-like intelligence, including the ability to tell, perceive, and comprehend stories. He believed that such work could help illuminate aspects of human intelligence that scientists don't yet understand. "My principal interest is in figuring out what's going on inside our heads, and I'm convinced that one of the defining features of human intelligence is that we can understand stories,'" said Winston, the Ford Professor of Artificial Intelligence and Computer Science, in a 2011 interview for CSAIL.