The US space agency Nasa has landed a new robot on Mars after a dramatic seven-minute plunge to the surface of the Red Planet. The InSight probe aims to study the world's deep interior, and make it the only planet - apart from Earth - that has been examined in this way. Confirmation of touchdown came through on cue at 19:53 GMT. It ended an anxious wait in which the robot radioed home a series of updates on its descent. Nasa's mission control at California's Jet Propulsion Laboratory (JPL) erupted into cheers when it became clear InSight was safe on the ground.

How Can We Use Artificial Intelligence To Prevent Crime?

To many, the use of Artificial Intelligence to prevent crimes and aid in sentencing criminals may seem like a scene from a science fiction movie. However, police departments in the United Kingdom - including Durham, Kent, and South Wales - are already using facial recognition and behavioural software to prevent a crime before it occurs. Computer-driven evaluation frameworks are being used to inform custodial and sentencing decisions. The technology offers both huge promise and the prospect of dark dystopia in seemingly equal measure. This raises several ethical questions.

Garry Kasparov is surprisingly upbeat about our future AI overlords

Garry Kasparov may have famously lost to IBM chess computer Deep Blue, but that doesn't mean he thinks the rise of artificial intelligence is necessarily a bad thing. AI has become one of the great, meaningless buzzwords of our time. In this video, the Chief Data Scientist of Dun and Bradstreet explains AI in clear business terms. The 1997 encounter between Kasparov and the supercomputer was the first defeat of a reigning world champion by a computer under tournament conditions, and is seen as a significant milestone in the evolution of computing -- and by many as an ominous sign that artificial intelligence (AI) was rapidly overtaking human capabilities. Over the last two decades, the concerns about AI -- in particular, the abilities of computers to replace humans in the workplace -- have only grown.

In one scenario, replacing just one of 14 "human"-driven cars with a self-driving car doubled the average car speed, the researchers report. University of California, Berkeley researchers demonstrated that a few self-driving cars can prevent traffic jams, and in some cases double the average speed of surrounding vehicles. The team used a video game-style interface to control simulated cars on multiple virtual roadways; in each scenario, the researchers tested four algorithms that used reinforcement learning to learn how to navigate the streets. However, the algorithms can still be improved, which is why the team is making its programs public. If others think they have a more advanced algorithm, they can use this framework to test new ideas, the researchers say.

Turn Off Siri on Your Lock Screen for Better iOS Security

Here's an easy thing you can do right now to improve your digital security hygiene. Pull out your iPhone, open Settings, go into the Siri settings, and turn off Access When Locked. Do it on your iPad while you're at it. Go ahead and do it for your family and friends, too, at holiday functions when you need to deflect personal questions. In the battle of the smart assistants, every tech giant hopes to hook you on its voice-activated helper.

Milton Keynes, the Model Town Building Itself Around Self-Driving Cars

In October, the largest self-driving car project backed by the British government wrapped up three years worth of testing aimed at getting autonomous vehicles onto roads by 2021. Many of the autonomous car and pod tests took place in Milton Keynes, a town built for cars that represents one of the fastest-growing city or town economies in the United Kingdom. Originally founded as a new "model town" in 1967, Milton Keynes is a city in all but name after having grown to 280,000 people in 50 years. But the same economic success means that Milton Keynes--built in a grid layout and suburban style--faces a number of growing pains that it's looking to ease with the help of autonomous vehicle technology. The recent UK Autodrive tests were designed to test the capabilities of both self-driving cars and smaller autonomous pod vehicles made by Coventry, UK-based Aurrigo, a division of RDM Group, with an eye toward easing traffic congestion and possibly even eliminating the need for cars in the city center.

I live with Alexa, Google Assistant and Siri. Here's which you should pick.

Sure, you could choose a smart speaker based on sound or price. The go-to gadget gift of the season is available from Amazon, Apple and Google with better acoustics, new touch screens and deep holiday discounts. Alexa, Siri and Google Assistant also want to adjust the thermostat, fill your picture frame or even microwave your popcorn. Each artificial intelligence assistant has its own ways of running a home. You're choosing which tribe is yours. 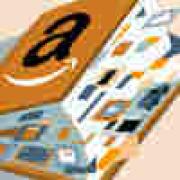 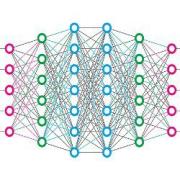 Machine learning has evolved from an out-of-favor subdiscipline of computer science and artificial intelligence (AI) to a leading-edge frontier of research in both AI and computer systems architecture. Over the past decade investments in both hardware and software for machine learning have risen at an exponential rate matched only by similar investments in blockchain technology. This column is a technology check for professionals in a Q&A format on how this field has evolved and what big questions it faces. Q: The modern surge in AI is powered by neural networks. When did the neural network field start?

Technology for the Deaf 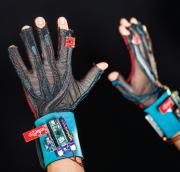 A nurse asks a patient to describe her symptoms. A fast-food worker greets a customer and asks for his order. A tourist asks a police officer for directions to a local point of interest. For those with all of their physical faculties intact, each of these scenarios can be viewed as a routine occurrence of everyday life, as they are able to easily and efficiently interact without any assistance. However, each of these interactions are significantly more difficult when a person is deaf, and must rely on the use of sign language to communicate.